Trump declares continued ban a "total disgrace and embarrassment to our Country." And he's also hinting strongly at a 2024 run. 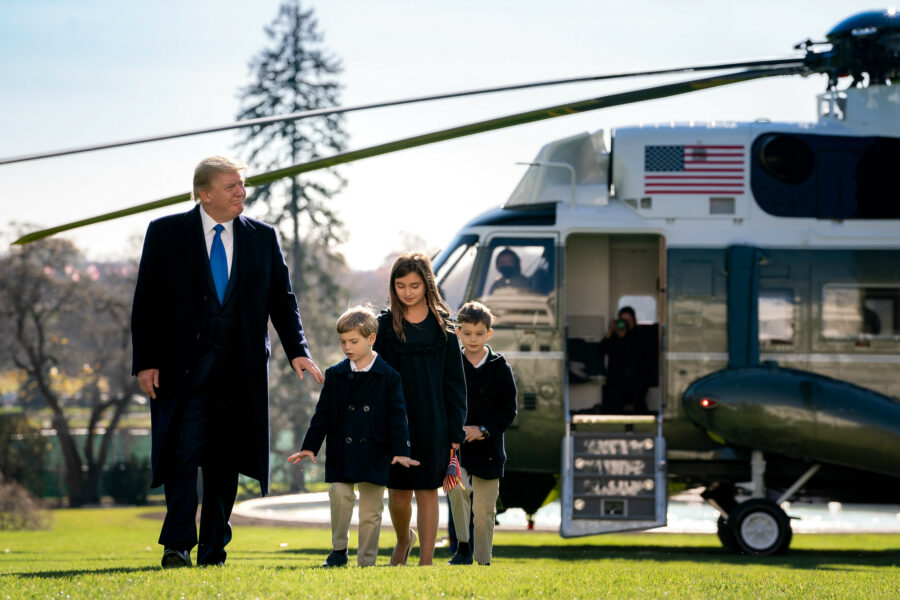 Well, we won’t be seeing any cute grandkid pics from former President Trump on Facebook anytime soon. Or any other posts. As expected, the Facebook “Oversight Board” announced Wednesday morning Trump’s ban will continue, with another “review” in six months. Trump calls the decision a “total disgrace.”

The Oversight Board did say Facebook’s initial decision to make the suspension “indefinite” was wrong, and the six months are to determine a “proportionate response.”  (Translation: “Let’s see if he’s still claiming our boy Biden didn’t win legitimately.”)

Liberal (in the old sense of the word) journalist Glenn Greenwald was appalled. “The fact that Facebook has courts that decide who can and can’t be heard on monopolistic speech platforms is tyrannical.”

“These corrupt social media companies must pay a political price, and must never again be allowed to destroy and decimate our Electoral Process.” Donald J. Trump

Liberals: Tiny little bakery shops have no right to decide what cakes they do and don’t want to make based on their religious and moral principles.

Tech monopolies are private corporations and can platform or not platform whoever they want without being told what to do.

House Minority Leader Kevin McCarthy vowed Republicans would “rein in big tech power over our speech” if the party takes control of the House in 2022. He said Facebook ““is more interested in acting like a Democrat super-PAC than a platform for free speech and open debate.”

Trump himself released a statement on the Facebook decision his brand new social media platform, “From the Desk of Donald J. Trump”:

What Facebook, Twitter, and Google have done is a total disgrace and an embarrassment to our Country. Free Speech has been taken away from the President of the United States because the Radical Left Lunatics are afraid of the truth, but the truth will come out anyway, bigger and stronger than ever before. The People of our Country will not stand for it! These corrupt social media companies must pay a political price, and must never again be allowed to destroy and decimate our Electoral Process.

“Vaccine.Gum” and … Trump Lost to That Guy?

Trump was banned from Zuckerberg’s Facebook indefinitely after the January 6 riots, despite calling for “peaceful and patriotic protests,” and the trouble being underway before he even spoke. Fact is, Trump and so many others are being silenced because of their insistence the 2020 election was a fraud. Big Tech thinks it’s a crime worthy of censorship to doubt that a guy who can’t even manage to say “vaccine.gov” without repeatedly messing it up legitimately won the election.

If you missed it Tuesday, here’s Joe Biden inventing the dot-“gum” domain.

Trump Clearly Itching for a Rematch

Think Facebook would be continuing its ban if Trump were just posting golfing shots from the greens of Mar-a-Lago? Instead, Trump’s been making it very clear in recent days he’s gearing up for 2024.

For example, Trump told Candace Owen on her Daily Wire show, he was “absolutely enthused,” and “I think people people are going to be very, very happy when I make a certain announcement.” (Even CNN, I wager. Their ratings have sunk to the toilet since Trump left office.) Trump cited campaign finance rules for not making a definitive announcement he’s running. “All I can say is, ‘Stay tuned.'”

Don Jr. also gave a strong signal with a May 4 Star Wars-themed tweet:

That’s one sequel bound to be a blockbuster.