EXCLUSIVE: Father Banned From Kids’ School After Speaking Up at School Board Meeting 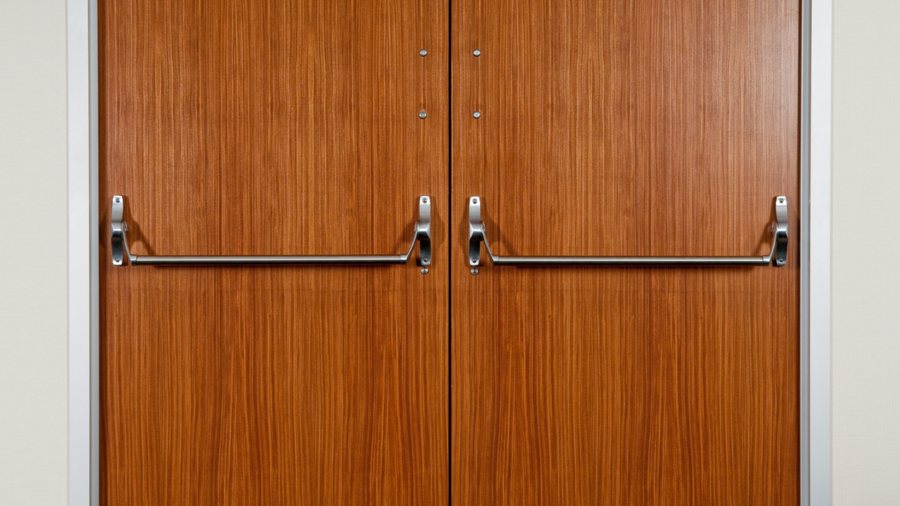 Luis Sousa was ordered not to enter his children’s school after he spoke up at a school board meeting.

Now the father is taking the local Massachusetts school district to court.

The ban by the school system impedes Sousa’s “right to observe his government … [and] participate in government,” his attorney, Marc John Randazza, told The Daily Signal during a phone interview Tuesday.

Here’s what happened to their dad.

Sousa sought to attend a Jan. 5 meeting of the Seekonk School Committee to address the school district’s masking policy. However, when he arrived, the time for public comment had concluded and the committee was holding a private executive session.

Upon being denied entry, Sousa stood outside the window of the room where committee members were meeting and began to protest for his right to give a public comment.

“Why are we not allowed in the meeting?” Sousa asked while standing outside, according to a video provided to The Daily Signal by Randazza. “You canceled two meetings. Why can’t we go?”

Committee Chairman Kim Sluter called the Seekonk Police Department, according to Sousa’s complaint filed in court. His complaint states that Sluter “lied to the police that Sousa was ‘banging on the windows’ and that he was some kind of physical threat.”

Sluter did not respond to The Daily Signal’s request for comment.

That order was lifted after a few months, Randazza said.

Nearly nine months later, on Sept. 26, Sousa’s wife Kanessa Lynn made public comments during another school board meeting. She was asking to donate conservative podcaster Matt Walsh’s book Johnny the Walrus to the school, Randazza said.

When the committee told her that the allotted time had expired, Sousa yelled from the back of the room: “I’ll wait till my wife’s done.”

Kanessa Lynn was told to sit down.

“So, you should have had a meeting two weeks ago,” her husband told the committee.

The committee called a recess and Sousa said, “This meeting is a joke” before Drolet asked him to leave. A school resource officer entered the meeting room and escorted Sousa out.

The next day, Drolet notified Sousa that he intended to issue a permanent “no trespass” order. Sousa met with the superintendent Oct. 3 to discuss the looming order.

They talked about the incident in January when Sousa stood outside asking why he couldn’t attend the school board’s closed-door meeting.

“We did the temporary no trespass order last [school] year based on, you know, an outburst outside the windows here where you were screaming and video-recording through the window,” Drolet told Sousa during their meeting, which Sousa recorded with the superintendent’s knowledge.

“Let me correct you there,” Sousa said. “There was no screaming, there was no banging on the windows, like that report said.”

The two proceeded to disagree over whether Sousa yelled.

“I’m Portuguese,” Sousa told the superintendent. “Portuguese people are loud, we use our hands, just like Italians. They are loud. We speak loud. I’m also bipolar. I’m not screaming, I’m not yelling, I’m diagnosed bipolar.”

“It’s a difference of opinion, I guess,” Drolet said.

The 13-minute meeting ended with Drolet informing Sousa that the no trespassing order was in effect immediately. Sousa said the school district would be hearing from his lawyers.

The letter explains that Sousa may attend parent-teacher conferences for his children or a back-to-school night only if he gives the superintendent’s office at least 48 hours’ written notice. Similarly, Sousa may be able to attend events at his children’s school if he asks permission no less than two days in advance.

Sousa may be “subject to criminal trespass and other offenses as provided for by law” if he violates the order, Drolet said in the letter.

Because public schools in Seekonk are used as polling locations, under the order Sousa “has to ask the superintendent of schools for permission to vote,” his lawyer said.

“Seekonk’s behavior is a disgrace,” Sousa told The Daily Signal in a text Tuesday, referring to the school district. “Superintendent Drolet is holding my kids’ well-being hostage, because his unconstitutional acts tell me that he doesn’t like that I don’t agree with him.”

In the text, Sousa also criticized Sluter, the school board chairwoman, for what he said she did:

School Committee Chairwoman Sluter provably gave a false report to the police about my protest because, I can only surmise, she wanted the police to think there was a real emergency. And I’m the one in trouble? I’m the one who can’t go to pick my kids up at school, can’t go to government meetings, can’t even VOTE without begging Drolet for the privilege?

For the rest of my life? This is outrageous, and I hope that we have a judge with integrity. If we do, I win. If she is merely part of the establishment, I guess I will have to spend the rest of my life effectively banished from any kind of public life.

“You don’t get to be judge, jury, and executioner … and decide without any kind of a hearing, without any kind of due process, that you’re going to banish somebody for life from public participation,” Randazza said of the superintendent’s order regarding Sousa.

Sousa and his lawyer filed a motion Friday in U.S. District Court for a temporary restraining order and a preliminary injunction to allow Sousa to enter school buildings again.

“The Seekonk School Committee supports the right of free speech of all Seekonk residents,” John Davis, a lawyer representing the school system, told The Daily Signal in an email Tuesday. Davis added:

The School Committee also recognizes, however, that at times public expression at open meetings may unreasonably disrupt or interfere with the ability of the Committee to conduct important school business in an efficient and orderly manner.

“Such disruptions and interference are rare, But when and if they occur, the School Committee is committed to taking all appropriate measures to restore order so that the great work of Seekonk Public School administrators, students, and staff may continue unimpeded.

Randazza argues that the superintendent’s order banning Sousa violates his First Amendment right to free speech, the equal protection clause of the 14th Amendment, and the Americans with Disabilities Act.

“These people who claim to be in it for the kids, I think they’re in it for the political power,” Randazza told The Daily Signal, “because it’s just … so petty and small.”

The school district has until Nov. 28 to respond to the court complaint, Randazza said, and the judge will set a hearing on the motion for an injunction.

“But every single day that goes by,” he said, “Seekonk schools are holding this guy’s kids’ well-being hostage.”