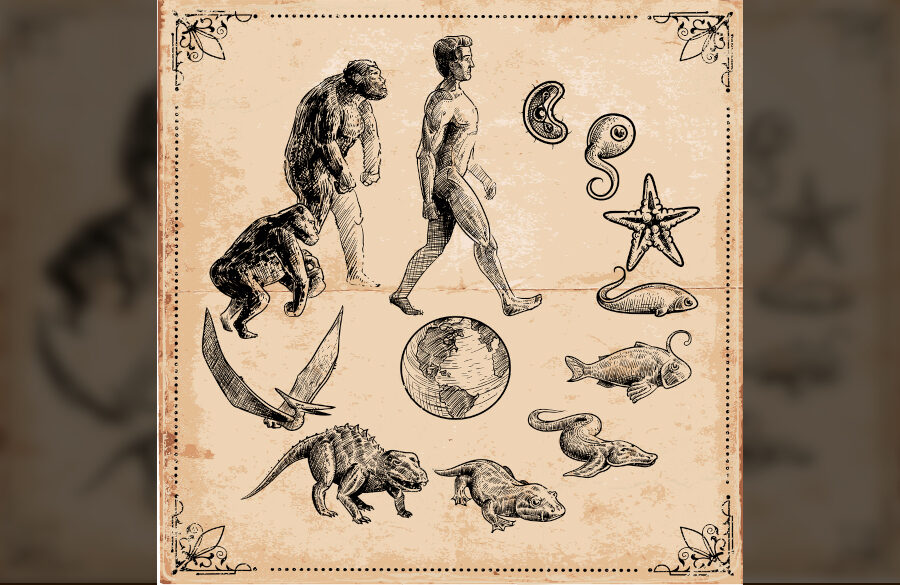 Evolutionists are the true creationists. Not just any evolutionist, but the ones who go all the way and say evolution explains the whole story of life, beginning to end, with no God and no designer involved at any point.

Well, it didn’t take me long to get in trouble with this column, did it? I can hear the spluttering: “Evolutionists are creationists? What on earth is he talking about?” I’m glad you asked! Obviously I don’t mean that evolutionists believe God created everything.

I’m thinking instead of “creationism” as an “ism,” an explanatory system, a worldview, even a religion of sorts, with creation itself at the center. You could call it “nature-ism” if you like that better, but it’s such an awkward-sounding word. Besides, everyone who’s known me since college will tell you I love a play on words. I’ll admit to all the guilt that goes with that and press on regardless. (I have much more trouble to dig myself into before I’m done here.)

The Ism That’s the Opposite of Monotheism

You could think of this evolutionist creationism as the ism that’s the opposite of Christian theism or just monotheism. It’s the idea that creation explains itself, that nature explains nature; that the natural world is the only thing that needs explaining, and also the only thing we have available to explain it with. “No need for God, thank you very much; we’ve got it all covered just fine without Him.”

That’s where this creationism goes, not because evolution requires we go there, but because without God’s accountability and His power to guide us, that’s where we naturally descend to.

“Creationist” has an awful reputation in evolutionists’ quarters. That’s their issue, not ours, but still I don’t expect they’ll like the label much. As I said, though, I’ve got more trouble to shovel, and look out, here it comes.

The Bible has a description of this evolutionist creationism: It really is a kind of religion, a very old one dressed up in modern clothes. These “creationists” don’t call it that, but it has most of the key qualities of a religion for them. They regard nature not just as a high thing, but the greatest thing. For them it is the Ultimate, deserving of the highest study and the highest regard. It has its Laws we must obey; indeed, we cannot help but obey them, for nature rules over all. And those who know these things best are most in awe of it.

The Bible speaks of this in the latter half of Romans 1, especially verses 21 and 25:

For although they knew God, they did not honor him as God or give thanks to him, but they became futile in their thinking, and their foolish hearts were darkened. … They exchanged the truth about God for a lie and worshiped and served the creature rather than the Creator who is blessed forever.

This isn’t exactly complimentary language, I know. It’s meant rather to warn and to explain. What happens when we replace God with created things? Check out the list in Romans 1:24-31: It’s everything from insolence to unnatural sexual practices to murder.

Every culture makes many or all of these mistakes. Not all cultures reach the lowest, darkest reaches this “creationism” can take them to, where not only do they do these evil things, they call the evil good: They “not only do them but give approval to those who practice them” (Rom. 1:32b).

Western evolutionism-creationism has taken us just about all the way to that final point of futile foolishness. I can remember classmates in high school joking darkly about doing lewd things — I was too blissfully ignorant at the time to realize they were lewd homosexual things — but when they spoke of it they knew it was wrong. Now it’s got full societal approval.

That’s where this creationism goes, not because evolution requires we go there, but because without God’s accountability and His power to guide us, that’s where we naturally descend to. You and I can see it now with our own eyes. Western culture is reaching the depths of what ensues when people exchange the truth of God for a lie, and worship and serve the creature rather than the forever-blessed Creator.

Yet Never Without Hope!

And yet I’d be committing my own kind of lie if I left it there. This passage in Romans sits smack in the middle of hope. See the two verses before it: “I am not ashamed of the gospel, for it is the power of God for salvation to everyone who believes. … For in it the righteousness of God is revealed from faith for faith, as it is written, “The righteous shall live by faith.”

Read on afterward, too, and you’ll find that although “The wages of sin is death (Rom. 6:23), the free gift of God is eternal life in Christ Jesus our Lord.” And, “There is therefore now no condemnation for those who are in Christ Jesus” (Rom. 8:1).

Evolutionists’ “creationism” exchanges a great truth, God Himself, for a flat lie, that creation created itself. As an explanatory system it fails, except we can find in it an explanation for much of the damage we’ve seen it produce, both in its adherents and in all that it touches. It’s not the end of the story, though. For those who know the true Creator (Rom. 8:38-39), “Neither death nor life, nor angels nor rulers, nor things present nor things to come, nor powers, nor height nor depth, nor anything else in all creation, will be able to separate us from the love of God in Christ Jesus our Lord.”

Nothing in all creation can take that love away from us. And that offer is wide open to all — including evolutionists who are creationists.