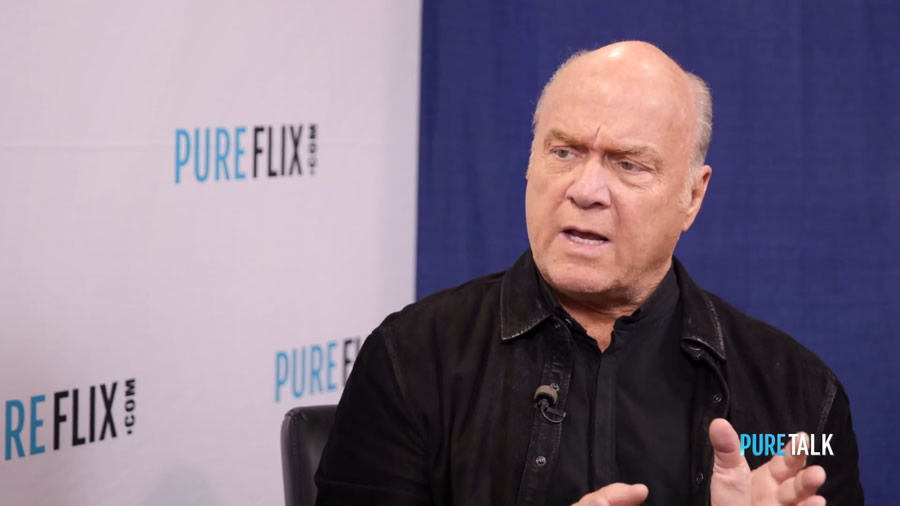 Greg Laurie, pastor of Harvest Christian Fellowship in Riverside, Calif., is seeing “God work” amid the ongoing novel coronavirus crisis, revealing his belief that “people are listening” and finding eternal truth amid the ashes of chaos.

Harvest typically attracts a vibrant virtual audience of tens of thousands of viewers, but Trump’s tweet drove that pool to a whopping 1.3 million.

Listen to Laurie share a powerful message on “The Pure Flix Podcast” (at the 26:00-mark):

“It brought a lot of interesting people,” Laurie said, noting that many made the ultimate decision to become Christians a result of the tweet. “When I extended the invitation, it was an amazing response.”

Laurie also added his views on why so many people responded — and why there are currently many reports of increased interest in both the Bible and Christianity.

“People are scared. People are asking the questions that they probably should be asking all the time,” he said, noting that eternity and God are themes currently on many Americans’ minds. “People are just listening more than they normally listen.”

As for Trump, Laurie expressed gratitude for the president’s decision to “point people” toward church.

“People should rejoice in that,” he said, urging Christians to come together in prayer and to work together to solve the current crisis. “This is not a time for partisan bickering.”

The popular pastor also addressed a question some typically ask amid pain and struggles: Why would a loving God allow this?

“I think of when Jesus went to the tomb of Lazarus who had died and we read that he wept,” Laurie said, noting that these tears are interesting considering that Christ knew he would heal Lazarus and bring him back. “He wept because death is an aberration. This was never part of God’s plan.”

“I’m not going to trade what I do know for what I don’t know,” he said. “But here’s what I do know: I know God loves us, that God wants to be a part of our life. I know that eternity is real. I know that if we put our faith in Jesus Christ, we can go to heaven.”

To hear Laurie’s full interview, listen to the latest episode of “The Pure Flix Podcast.”

Billy Hallowell is an author, journalist and the director of communications and content at Pure Flix. His books include Armageddon Code and Fault Line. Visit his website for more of his work.