Disney betrays the notion of "family film" with new flick. 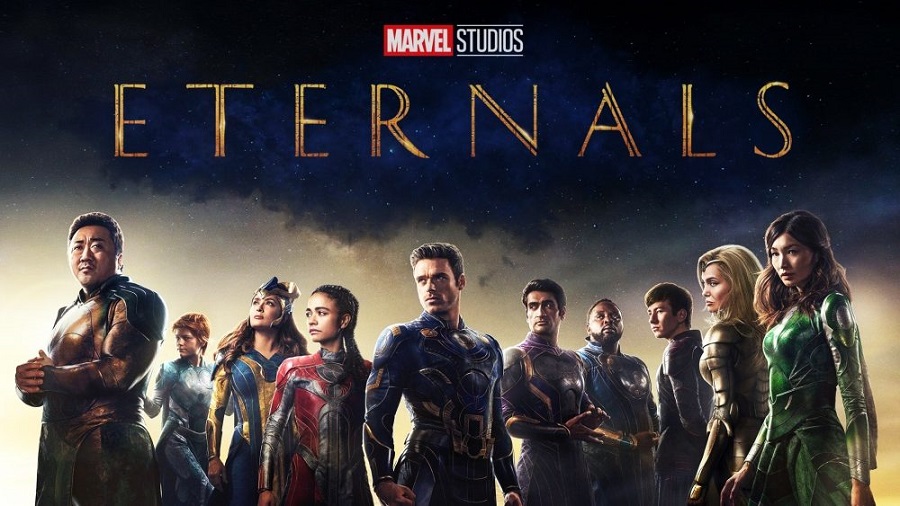 As families come together for the holidays, many will be looking for something to watch together. I know my family will be.

With the success and popularity of Marvel Studios’ films in recent years, it’s likely someone will recommend Eternals. The acting is great and the story is interesting, but still I cannot recommend it. And definitely not with children in the room.

To be candid, Eternals surpassed my expectations in some regards. I had seen the trailer, but nothing in it drew me to the movie. “Who are these people? How does this fit into the Marvel plot line? Why do I care?” I had written the film off. But a friend heard that it was good and wanted to see it. So we went. And, though much of the film was very good, I won’t be watching it again.

To tell you why will spoil some major plot line elements. You’ve been warned. But if you absolutely cannot read spoilers, just know that Disney, which owns Marvel Studios, has strayed far from its roots.

Eternals opens up introducing us to a handful of heroes sent to Earth to protect humans from disgusting creatures called Deviants. These heroes — known as the Eternals — discover that their true purpose on Earth is much more sinister. Rather than being sent to help the humans, they were really sent to help bring about an apocalyptic event.

In commendable — and yes, heroic — form, the Eternals decide to betray their creator, abandon their original mission, and save humanity. “There’s something special about these humans,” their leader Ajak says.

Through all of this, we have the usual epic combat scenes. The dynamics of the Eternals’ relationships with one other will touch your heart at some points and break your heart at others. All these are high points, and commendable for what they are, but they cannot rescue the film from its many ills.

All Roads Lead to Heaven

The first issue is one that’s become increasingly common. But one that absolutely warrants parental guidance.

At several points in the film, the Eternals reference human religions. They even quote scripture at one point. But it’s all explained as being worship to the Eternals’ creator, Arishem. It’s subtle in implementation, but the message is clear: All religions lead to the same place.

Near the end we learn that one of the Eternals has remained loyal to their original purpose, and had secretly been working against the rest of the Eternals. That means he has to face his friends in battle. At the film’s climax he must choose: Kill the love of his life or abandon his mission. In a moving moment, love wins. He backs down and lets his fellow Eternals save the planet.

Afterwards, he is visibly distressed. His wife gives him a knowing look. He flies off into the sun in an apparent suicide.

She never tries to stop him. She doesn’t even shed a tear. Later another character asks if he’s gone. His wife says she thinks so. But neither of them grieves the loss of their friend and loved one.

That’s bad enough, but my biggest beef with Eternals is one I never expected to be faced with in a Disney movie. Sex scenes.

In this “PG-13” movie, there’s a sex scene. It doesn’t show full nudity, but it was still much too graphic. If you’re sensitive, maybe skip the next paragraph.

We’re not about talking two characters entering a room and closing the door behind them. This is a chest-up view of a man lying on a woman who is obviously not wearing a top. It zooms in on her face, where you see subtle rocking. And a gasp.

My friend and I just turned to each other, jaws dropped. “What are you doing, Disney?”

Also: One of the characters is gay, and has a son with another guy. As the Eternals leave their home to protect the earth, the two kiss goodbye.

It’s Too Much for Me

I left the film shocked. No longer can I see “Disney” and assume a film will be generally decent.

Of course, I know there are those who will say Disney’s always been evil, having magic and spells. But those elements have never seemed as sinister as this. No matter how many times a 13-year-old reaches out his or her hand, they won’t be able to lift their cup with the Force or snap their fingers to light the fireplace. But exposing that same 13-year-old to a sex scene? That’s going to have an effect.

Altogether: twisting religion, condoning suicide and showing explicit sexuality. It’s too much for me.

Sex scenes can apparently be called PG-13. And Disney, through Marvel Studios, thinks they’re fine to include. Now I know.

And now we know. Disney films can no longer be assumed safe for your kids to watch.