Escaping the Language Games People Try to Trap You With 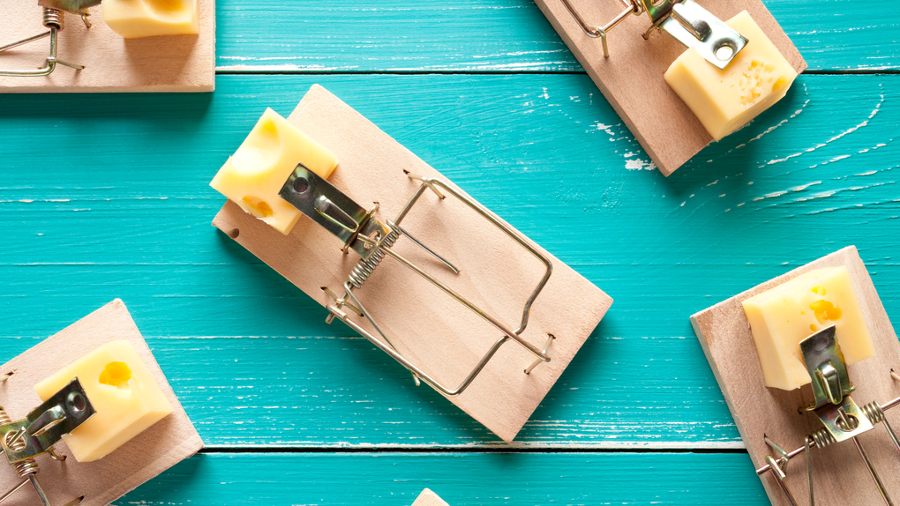 The secular world clearly controls the language game. Be careful you’re not taken in by it. Let me show you what I mean.

Since critical race theory is the latest worldview counterfeit (see July’s Solid Ground), consider this example of linguistic arm-twisting. Someone says, “If you say you’re not a racist, that just proves you are a racist.” How would you answer?

Even though the nonsense is obvious, the charge still catches good people off guard. What now? I have a tactical response to this challenge that I’ll share with you in a moment, but first let me show you what’s going on.

Orwell Warned Us of “Newspeak”

Nearly 75 years ago, George Orwell wrote 1984, a dystopian novel about a totalitarian world of mass surveillance and iron-fisted political/cultural suppression. The despotism was abetted in part by “Newspeak,” a clever manipulation of language that Big Brother employed to obscure truth and make it almost impossible to think clearly about any issue opposing the Party.

Orwell’s work was prophetic, though the world he warned of didn’t begin to materialize in liberal democracies like ours until decades later than he predicted. The practice of manipulating language to confuse or even silence opposition, used so effectively in Orwell’s time by Stalinist Russia and Nazi Germany, is now standard fare. Our own culture’s version of Newspeak is abetting the creeping totalitarianism that Orwell feared.

Kafka Trap: Denying It Means You are It

The “You’re a racist either way” charge (called a “Kafka trap”) is just one current example of the kind of nonsense used by our own culture’s thought police to cloud our minds and confuse us. Racism exists, of course, but claiming all whites are racist because they’re white simply trivializes genuine racial bigotry.

So what about our challenge, that denying you’re a racist (or a bigot, or a homophobe, or a transphobe, etc.) just proves you actually are one?

First, do not attempt to banter with such a person. Since it’s patently ridiculous that thinking you’re not a racist proves that you are, it’s obvious to me that no one who seriously offers this confused challenge can be reasoned with.

Show Him the Absurdity of His Claim With Counterexamples

Saying so would be impolitic, though, so instead, try to slip in under the radar and catch him by surprise using the “Taking the Roof Off” tactic. Simply accept his approach, then turn the Kafka trap back on him. Effective counterexamples abound:

“Do you think all whites are racist?” “Yes.” “That proves none are racist.” “Why?” “It’s obvious. If you disagree, it’s even more evidence no one’s racist.”

Like I said, nonsense. If your friend doesn’t get it when you use this tactic, don’t waste time trying to enlighten him. Just let it go. He’s confused, not you.

Here’s my point. Be alert for the linguistic baloney, and don’t be taken in by it. If it sounds silly, it probably is.

The Christian doesn’t need verbal ruses like this, of course, because when someone has a sound, defensible idea, he doesn’t need semantic tricks to make his case. A straightforward appeal to the evidence is all that clear thinking requires.

Greg Koukl founded Stand to Reason in 1993 and currently serves as President of Stand to Reason. An award-winning writer and best-selling author, Greg has written seven books, including The Story of Reality — How the World Began, How It Ends, and Everything Important that Happens in Between; Tactics — A Game Plan for Discussing Your Christian Convictions, and Relativism: Feet Firmly Planted in Mid-Air. He is an adjunct professor in Christian apologetics at Biola University.