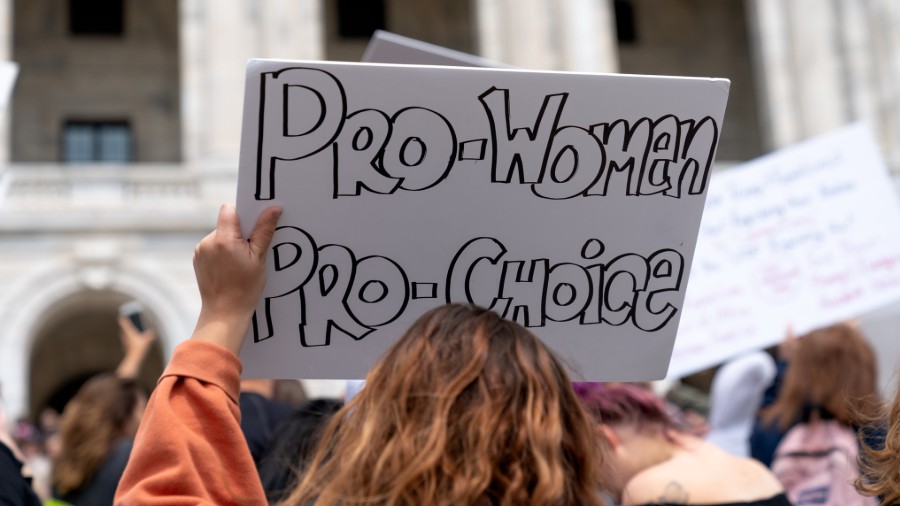 If you search the text of the Equality Act for the term “abortion,” you won’t find it.

And while that might be by design, should the act ever become law, it would be disastrous for all Americans who care about protecting innocent unborn life.

The House of Representatives is set to vote on this dangerous piece of legislation this week. In addition to being a Trojan horse for abortion promotion, the Equality Act promotes inequality because it would penalize Americans for their beliefs about marriage and biological sex.

In recent years, Heritage Foundation scholars have sounded the alarm about various groups that would be harmed should the act become law, including employers and employees, medical professionals, parents and children, women, and nonprofits and volunteers.

The list doesn’t end there, and pro-life Americans should join the chorus of people rejecting this radical policy.

The Equality Act would have a devastating impact on a host of current pro-life policies and protections.

It would lay the groundwork for eliminating prohibitions on taxpayer-funded abortions at the state and federal level; purge existing statutory conscience-protection provisions for pro-life individuals and entities in the context of health care; and nullify hard-fought court battles that upheld religious freedom protections for people and organizations, such as the Little Sisters of the Poor, an order of Catholic nuns that has spent nearly a decade in litigation over Obamacare’s onerous contraception mandate.

How would the Equality Act accomplish these things, all of which have been highlighted as priorities by the abortion lobby?

The Meaning of the Term “Sex” Would Include Abortion

Because of the way the Equality Act is drafted, this new definition of sex discrimination — understood to include a medical condition such as abortion — would be applied to areas of law, such as federally assisted programs, public accommodations, and Obamacare’s nondiscrimination provision.

Nullifies Applicable Exemptions for People With Moral or Religious Objections

The Equality Act specifically states that no claims for relief can be made under the Religious Freedom Restoration Act, which is the law that provided a pathway for groups such as the Little Sisters of the Poor and businesses such as Hobby Lobby to receive relief at the Supreme Court from Obamacare’s onerous contraception mandate.

According to the Religious Freedom Restoration Act, the federal government can substantially burden the exercise of religion without demonstrating a compelling government interest that is accomplished through the least restrictive means possible. The Equality Act is explicitly clear that the legislation nullifies the Religious Freedom Restoration Act’s applicability.

Those laws protect, for example, a nurse from having to participate in an abortion procedure or certain health plans from covering elective abortions.

Such protections ensure that individuals and entities are not compelled to participate in practices that violate their sincere moral, ethical or religious convictions. The Equality Act ignores that proud tradition.

School Curricula May Be Affected

The Equality Act could lead to changes in school curricula, such as texts that affirm and promote controversial sexual orientation and gender identity viewpoints.

Planned Parenthood, which has long been involved in exporting sex education curricula in schools, has in recent years begun offering hormone treatments at some of its affiliate locations.

If the Equality Act were to become federal law and public school curricula become further entwined with sexual orientation and gender identity ideology, Planned Parenthood is well-positioned to further its presence in public schools and take advantage of an additional avenue to promote both sexual orientation and gender identity ideology as well as the organization’s hormone treatment services.

In other words, additional sexual orientation and gender identity curricula could become yet another marketing tool for America’s abortion giant.

The Equality Act is bad policy and incorrectly considers disagreements about fundamental moral and religious beliefs to be discrimination.

Should it become law, it would provide a basis to force taxpayers to pay for elective abortions, put an end to America’s proud tradition of protecting rights of conscience, and further the agenda of the abortion lobby at the expense of unborn children and Americans who care about protecting innocent unborn life.

Melanie Israel is a research associate for the DeVos Center for Religion & Civil Society at The Heritage Foundation.