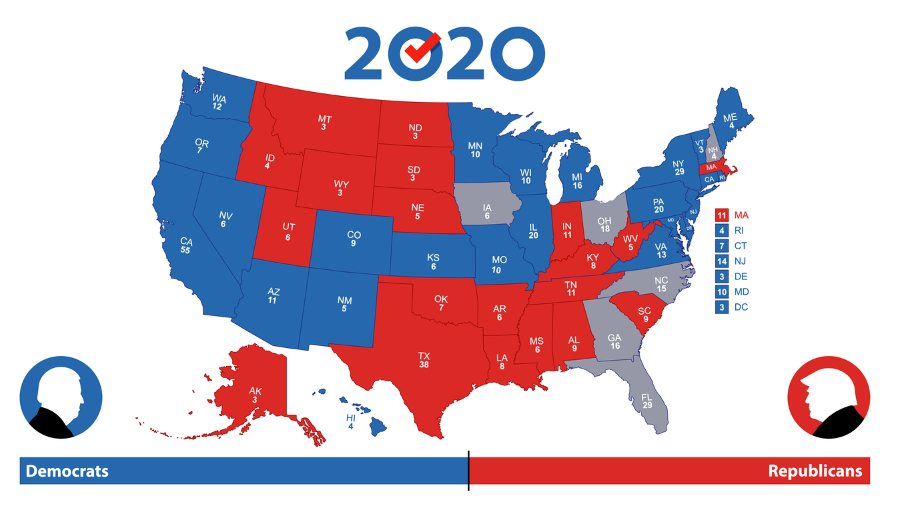 The Electoral College is under threat and the left is closer than it ever has been in getting rid of it.

A Bulwark of a Free Society

This was the topic of an event Wednesday at The Heritage Foundation, where speakers explained why the Electoral College is so important, how it has been a bulwark of a free society, and the increasing danger it faces from those who want to abolish it.

In America, the left threatens not only to abolish the Electoral College but to entirely nationalize the election process and mandate California-style election rules around the country.

Sen. Jim Inhofe, R-Okla., laid out why the framers of the Constitution created the Electoral College and explained how this system is more threatened now than at any other time in American history.

“For over 200 years America has elected its presidents through the Electoral College,” Heritage Foundation President Kay C. James said in introductory remarks.

“While it’s a unique method for choosing a president, our country’s framers intentionally designed it this way. They wanted to strike a critical balance between people being able to choose their leader and states having proper representation in the process,” James said.

The framers of the Constitution, she said, took care in crafting a system that they hoped would prevent a tyranny of either the majority or the minority. Their effort was successful, since the United States has enjoyed stable and fair elections throughout its history.

To gain the presidency today, a candidate must win enough states, each assigned votes in the Electoral College based on population plus the number of senators, to bring his total to 270 votes or more.

The Left is Trying to Undo The Electoral College System

Unfortunately, James said, the left in recent years has tried to undo this system — most notably with the National Popular Vote Interstate Compact.

“That movement is a threat that should concern all Americans because it would fundamentally change the way we elect our president and destroy the safeguards that the Electoral College provides,” James said.

So far, 15 states and the District of Columbia have signed on to the pact; it will go into effect with a few more states whose Electoral College votes total 75.

Hans von Spakovsky, a senior legal fellow at Heritage who was host of the event, explained how the National Popular Vote Interstate Compact would work.

“Basically, in the compact each state says, ‘We will award our Electoral College votes not to the presidential candidate who the majority of our voters voted for, but to whoever wins the national popular vote,’” von Spakovsky said.

Moving Toward a National Popular Vote

Inhofe said the framers intended the Electoral College to ensure that the diverse interests of states would be heard and represented in selecting a president. By giving a slight edge in votes to smaller states, their interests would not, in the words of James Madison shown on a slide for the event, be “neglected or sacrificed.”

Critically, the Oklahoma Republican said, the framers designed the system so that the states would administer their own elections and choose the president.

But, he said, Democrat Party leaders and their constituents increasingly want to move toward a national popular vote.

“A poll from 2019 revealed that 60% of Democratic voters wanted to abolish the Electoral College, and just 21% wanted to keep it,” Inhofe said.

Although the National Popular Vote Interstate Compact would need the consent of Congress to go into effect, Inhofe said, the danger is that Democrats currently have a slim majority in the House and effectively control a Senate that is split 50-50.

The Threat is Imminent and It is Real

Trent England, executive director of Save Our States, an advocacy organization that supports the Electoral College, said it is unique in the details although similar systems are in place in other countries.

When creating the Constitution, the framers considered having Congress choose the president, England said. This is essentially a parliamentary system, less directly democratic than the Electoral College and in use in other countries.

In the 20th century, both India and West Germany created systems like the Electoral College, he said.

“The purpose of all of these is in part to create some checks and balances, to make sure that you don’t have a couple of major cities, or one population-dense region, controlling everyone else,” England said. “Our Electoral College is genius because the Founders created something a little bit different from a parliamentary system, something that worked out to be a little more directly democratic.”

In America, he said, the left threatens not only to abolish the Electoral College but to entirely nationalize the election process and mandate California-style election rules around the country.

England referred to HR 1 and S 1, Democrat-sponsored bills that would make sweeping changes to American election laws if the House and Senate agree to pass a final version.

“I think this threat is real, and that most Americans will stand against it if they have the facts,” he said.

Inhofe said he agreed that the threat to the US election system is imminent and real.

“This hasn’t happened before. We have not been in this situation before where our Electoral College has been threatened [like] it’s being threatened today,” Inhofe said.

Jarrett Stepman is a contributor to The Daily Signal and co-host of The Right Side of History podcast. Send an email to Jarrett and follow him on Twitter. He is also the author of the book The War on History: The Conspiracy to Rewrite America’s Past.

What H.R.1 Would Do and Why It Is Even Possible