The problem isn't with Jones' honesty or even his feelings, but with a self-absorbed culture. 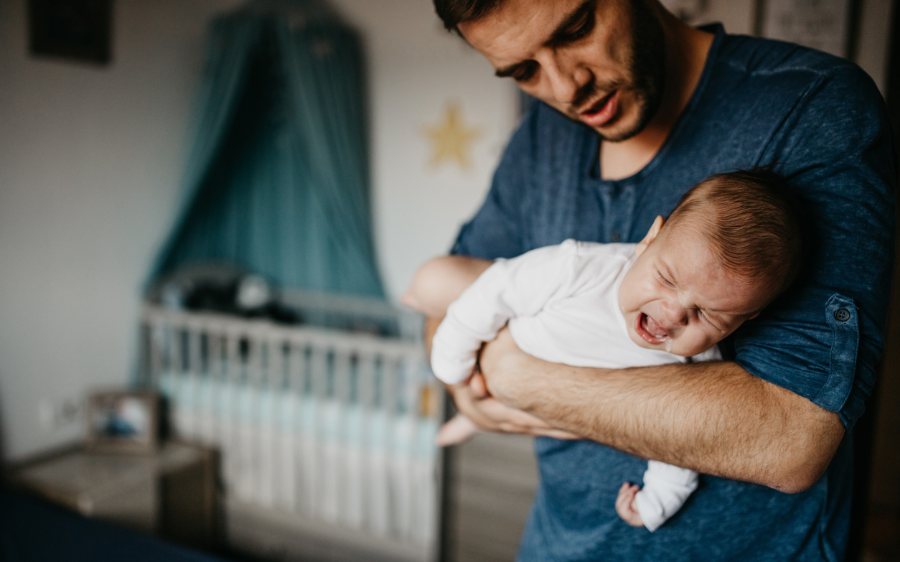 English movie director Duncan Jones went viral last week for a tweet that had some applauding and others shaking their heads. In the tweet, Jones aired some feelings about having two kids under the age of three. Spoiler alert: They’re not overly positive.

While many Twitter users commiserated, others criticized, saying he was missing the point of parenthood.

It’s good to be honest about the struggles that come with raising kids. But in today’s self-absorbed culture, we can miss the point of parenthood, and loving relationships in general.

He posted, “I have 2 kids. … I’ll tell you something I never see anyone admit … they are exhausting, frustrating & life-destabilizing. They are rarely fun.”

I have 2 kids. 2 1/2 years & 9 months old respectively.
I’ll tell you something I never see anyone admit… they are exhausting, frustrating & life-destabilizing. They are rarely fun. Sure, smiles are great, hugs are lovely, but it’s HARD & not obviously a good choice in life.

In a second tweet he disagreed with people who say, “I wouldn’t change it for the world.” “Of course I’d reconsider,” he wrote.

The outlook communicated is that choices are only good if they directly benefit us and give us pleasure.

Today we hear mantras like “follow you heart” and “you do you.” We’re bombarded with the message that life is about pleasure and having fun, even in many churches. If something doesn’t seem directly beneficial to us — and no, losing sleep while a baby screams in your ear and spits up all over you doesn’t always seem directly beneficial — then we shouldn’t do it.

This selfish outlook infiltrates every part of life, from decisions about school and careers to families and friendships. If a person inconveniences or challenges us or gets in the way of what we think is our happiness, be they friend, spouse, or offspring, we cut them off. Sometimes the cutting off is just emotional. Sometimes it’s physical.

This isn’t love. And this isn’t how we were meant to live.

The Nature of Love

Love is explained in the Bible this way: “Greater love has no one than this, that someone lay down his life for his friends.” (John 15:13)

Love by its very nature is sacrificial. It’s self-denying. It’s being willing to put someone else’s good before our own. Love is the exact opposite of how the culture tells us to think and live.

The ultimate example of love is Jesus, who willingly died the most gruesome death of his time just so people — including the ones who killed him — could receive the gift of eternal life. And this is the example we are given to follow. As Philippians 2:3-4 admonishes,

Do nothing from selfish ambition or conceit, but in humility count others more significant than yourselves. Let each of you look not only to his own interests, but also to the interests of others.

What We’re Made For

So, back to Duncan Jones. I don’t want to condemn him or other parents who need to be honest about their struggles. I myself have a baby — just one for now — and yes, parenthood can be exhausting and frustrating. Especially these early years, or so I hear.

The point isn’t that it is supposed to be easy. The point is that it’s supposed to be love — not the butterflies kind but the real kind. Love that sacrifices, hurts and sometimes doesn’t have any fun. The great thing about love, though, is that it lasts. And it’s what we were made for.

Be Perfect As God is Perfect. So, Are You a Perfectionist?

How Do We Help Kids Who Have Left the Faith?

Did Jesus Say, ‘God Loves You’?