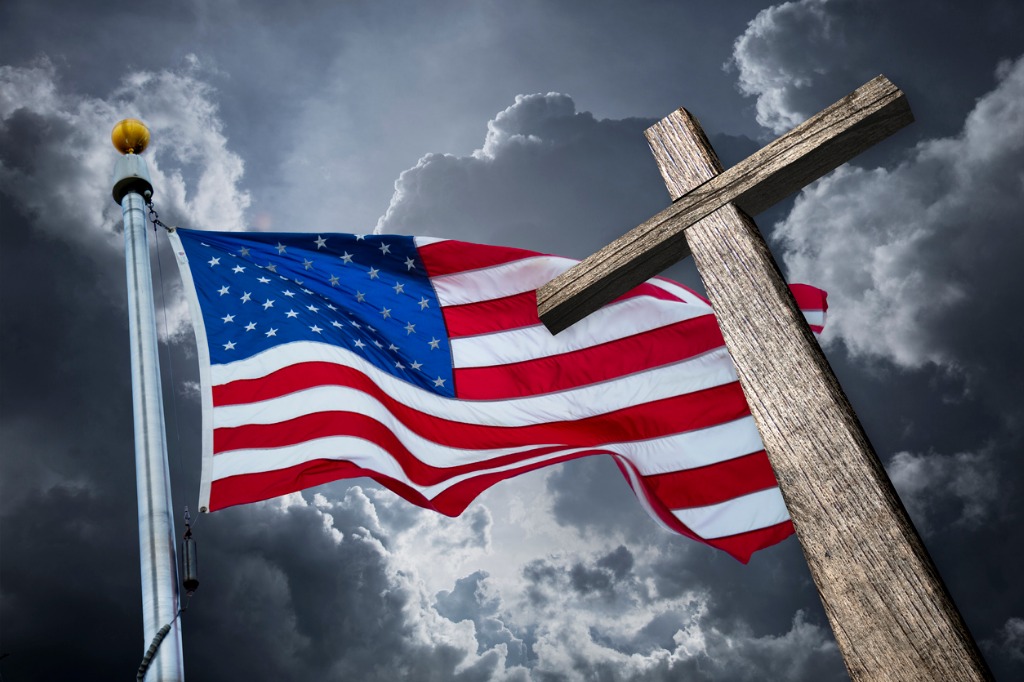 Many times we have heard the term, “It’s time to draw a line in the sand.” We’ve also heard the term “drive a stake in the ground,” which is used to illustrate a commitment or important decision we’ve made. Let me make the issue even clearer: It’s time to drive a stake through the heart and intentions of the evil one — the father of lies — the deceiver, divider, destroyer, Satan himself.

Going forward, we must understand two principles the Apostle Paul shared clearly in Ephesians 6:10-16. First, we are not battling flesh and blood. We are, indeed, fighting “principalities and powers of this present darkness.” Second, victory won’t be found in our ideas or weapons. It is the “strength of the Lord’s power and truth” that drives a stake in the heart of demonic forces.

Look around at the havoc being stirred up each day through media activism and liberal progressive actions. Look at the fruit those deceived are producing. They don’t want the truth. They want the destruction of those who disagree with their worldview. They want anything and anyone disagreeing with their ideology to be totally nullified and their influence terminated. After all, the Enemy comes to “kill, steal and destroy.” Not engage at the table of reason.

See Dr. Michael Brown’s latest article on California’s effort to dictate what pastors preach. Or Antifa posting Tucker Carlson’s home address all over Washington — the same Antifa that attacked his home, terrifying his wife, just months ago. Or Alexandria Ocasio-Cortez comparing efforts to solve the (liberal-made) immigration crisis to the deliberate and systematic elimination of 6 million Jews.

It’s not enough for the liberal activists to silence our voices. They want to rule our actions. The irony? They control people with policies and practices that have proved to be totally ineffective and destructive. Their policies keep people dependent upon that which will never work. Socialism destroys the possibility of effectively meeting any legitimate need. It actually destroys meaningful, purposeful, productive life. You don’t need to go to North Korea, Cuba or Venezuela for proof. Just drop by Los Angeles and San Francisco. Progressives have piled the streets with trash and feces and try to tell you it’s the Tournament of Roses Parade.

Even the innocent unborn are not considered worthy of life if it hinders their self-centered focus. James said it best, “For where you have envy and selfish ambition, it is earthly, sensual and demonic.” (James 3:16)

How Do We Drive in the Stake?

So how do we defeat such a crafty enemy? How do we who love freedom and desire to experience and share the blessings it offers drive a stake through the destructive intentions of the evil one?

First, we turn from the “father of lies” to the “Father of life and truth.” We experience the transforming, redemptive love shared freely by Jesus the Son of God on the Cross. We lose our life in our Lord’s kingdom purpose and stand against the “gates of hell,” refusing to allow deception and insanity to prevail. We no longer accept the blind leading the blind into the ditch of deceit and depravity.

Progressives have piled the L.A. streets with trash and feces and try to tell you it’s the Tournament of Roses Parade.

The Evil One and those deceived by him seek to destroy LIFE AND GODLINESS. Yet, we clearly understand what the Lord’s disciple Simon Peter proclaimed: that the “divine power of the Lord Jesus has granted to us everything pertaining to LIFE AND GODLINESS.”

We must build our lives on the rock-solid foundation of “hearing and doing what our Lord says.” There is no substitute for compassion, the love connection, and the demand for accountability and responsibility. Never forget that reality when helping those in need. It will set millions free from the damaging deception.

A Stake Made of Prayer and Scripture

Second, we do it through gospel truth — God’s Word — and by “praying without ceasing.” This doesn’t mean we live in a closet or on our knees 24/7. It means we live in a conversational relationship with our heavenly Father as Jesus did. Remember, He sent the Holy Spirit, “another of the same kind,” the Paraclete, to live in us so we can have the same relationship with the Father that He did.

We share consistently, in prayer with our eyes wide open, the concerns we have, and that we know our Lord and our Father has, in prayerful intercession.

We ask God to confuse the enemies of His truth and that their foolishness will be easy to recognize.

We ask God to give wisdom and discernment to those who lead, and to make our leaders and representatives bold and courageous with strong convictions and with love and compassion for those who are deceived and defeated.

Prayer works. I pray all readers understand: Every positive thing we are witnessing at this time is a direct answer to the prayers of those who love true freedom and everything pertaining to life and godliness.

Whether you believe it or not, I know this first-hand about President Trump. Among the very first people with whom he shared his concern for America’s future, and whether he might be able to help in some way, were serious Christians deeply in love with Jesus. He wanted to know their thoughts and wanted them to pray for him and with him.

As the field of seventeen candidates narrowed to only a few, many of whom were my close friends, they began to tell me, “With the mess our nation is in, Trump is the only person standing on that debate platform that could withstand the assault that will come against anyone committed to cleaning up the mess in Washington — the Swamp.” (I said to all of the candidates, including Mr. Trump, that it is actually far worse than a swamp or a cesspool. It’s more like the Mafia!)

Mr. Trump invited me personally to share my deep concerns for our sick nation — and to pray not only for him, but also with him. He wanted to hear the concerns of pro-family, pro-life, unselfish, free market leaders who truly care about their neighbors. He made it clear he wanted the best for everyone.

That’s why he called off the attack on Iran at the last moment when he considered the cost of 150 lives. He wants their citizens to experience true freedom just as he does the people in North Korea, China and other nations.

For the Sake of Freedom and Blessing

Never doubt: The diabolical enemies of all free nations, starting in America, can be destroyed with necessary firm, effective responses from not only this wisdom-seeking, prayer-welcoming President, but all leaders and believers with the strength to stand and an ear to hear.

Please, let’s pray without ceasing for the streams of life, truth and wisdom to flow freely, like a river.

And for the sake of freedom and all God seeks to bless through his family of born again believers, let’s drive a stake through the deceptive destroyer of “everything pertaining to LIFE AND GODLINESS” in our nation.

Americans Are the Real Casualties of the Trump-‘Squad’ Showdown