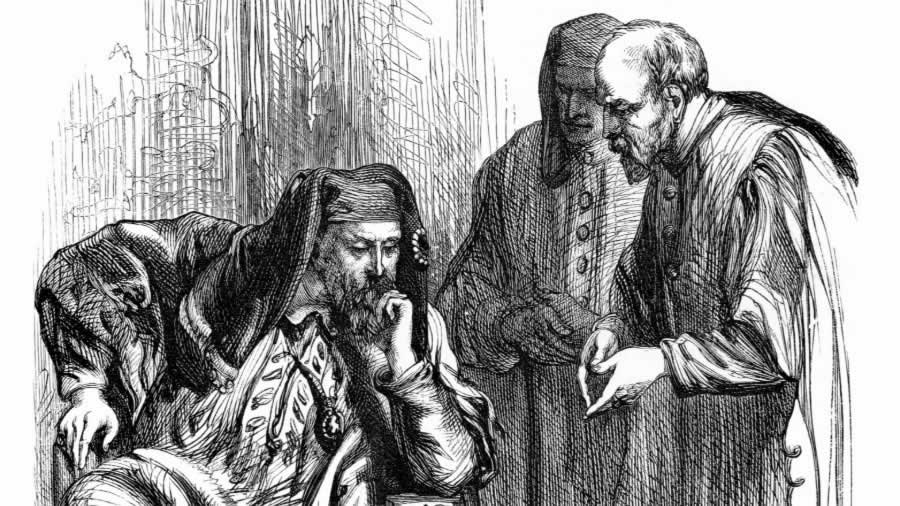 One of the greatest joys of my life has been learning the importance of the servant role in fulfilling God’s kingdom purpose. Acts of service clearly point people to the greatness of God. For the last 40 years, I have spoken truth to national, church and business leaders – and they have always heard it presented with strong conviction and unconditional love.

The situation right now, though, is very troubling. For some, it appears to be a “crime” to speak the truth to President Trump and encourage him (the man who has so boldly championed religious causes and concerns). I, along with others, are being labeled, even by professing Christians, with names that many consider very unflattering. A few critics have even said I’m an “idolater,” regardless of the fact I’ve never been partisan or sectarian. You can rest assured that I’m never going to approve of anything improper, like Trump’s previous lifestyle and many things in his life that still need to be honed. Even at age 77, I am still being shaped by the hands of the Master Potter.

President Trump is not now…nor will anyone other than Jesus ever be my “savior.” But to toss aside the amazing things God has done in answer to prayer during the past few years is just plain foolishness. The president accepted with sincere appreciation wise counsel offered by diverse but very strong, totally committed-to-God church leaders. During the past four years, I witnessed these leaders moving in the supernatural unity Jesus prayed for in John 17.

Both the Old and New Testaments are filled with God’s prophets and representatives sharing wisdom with kings, leaders and those with great influence. Every single person in Scripture, except Jesus, was flawed, and yet God used them for His Kingdom purposes when they accepted or shared wisdom from above. Solomon was far from an ideal moral example, yet he gave us some of the greatest wisdom and understanding. Simon Peter failed miserably with his unhealthy arrogance and denying Jesus while boasting that he was the only one Jesus could always count on. The other disciples had separate issues, but the Lord still knew they could hear the truth, be corrected by the truth, and be used by Him to accomplish His kingdom purpose.

This is the thing I think everybody needs to hear: Donald Trump asked for the truth and forcefully told me to help surround him with prayer and wisdom, and to never let him forget it. Since our first meeting eight months before the 2016 election until now, he has taken virtually every personal call that I have made to him. Many of them were serious concerns and even important corrections. Likely very few have ever shared more directly sincere concerns and counsel than I have face to face and on the phone. Often it was just the two of us, but on other occasions, there were numerous witnesses in the circle or on the phone. Every time the president heard truth and wisdom, he always expressed appreciation and never pushed back.

Over the past four years, the church leaders I referred to as standing in supernatural unity have remained faithful in their prayers, counsel and encouragement to the president. They were never partisan. And they never compromised. They are biblically principled individuals who understand the strength of our Constitution and that it is greater than all of the men who penned it. They were willing to risk their reputations by sharing biblical truth with a president who made it clear to them he wanted to hear it because he cared about the concerns of dedicated Christians. He said boldly to all with ears to hear, “I want to give the church her voice back.” The president shared with pastors on numerous occasions that he wanted the church to be able to address issues that matter and not fear losing their tax-exempt status. Confirming this, he signed an executive order in May 2017, urging the Treasury Department to show leniency in enforcing the Johnson Amendment.

All of this had an effect on the president. In answer to the prayers of many believers and interactions with faith leaders, everyone began to see the president make amazing decisions that benefited all American families. Without a doubt, God has used President Trump as an answer to the prayers of His people who long for healing in this land. God has used him, imperfect as he is, to bring correction to areas of our nation that were faltering, and to return to biblical and historically confirmed principles.

Many respected Bible teachers, including my friend Beth Moore, have done a great job teaching on the faith, fearlessness and effectiveness of Daniel. Surely everyone knows Daniel counseled and shared God’s wisdom with four kings who were anything but Godly. All of the Old Testament prophets spoke truth to kings and national leaders, as did New Testament apostles. Why does any Bible-believing Christian question or criticize church leaders today for seeking to faithfully do the same thing? I can tell you as a participant, an eyewitness to the counsel shared with President Trump, every one of them was seeking to faithfully fulfill and accomplish what our biblical example revealed.

The same is true throughout history. Every time leaders receive the truth delivered fearlessly and unwaveringly, the people benefit. This is precisely the role that I and these other faith leaders have sought. In answer to prayer, God miraculously opened the door for us to speak into this president’s life, unlike any president in my lifetime.

Finally, I want to say to Donald Trump: Thank you for listening to the truth and expressing sincere gratitude for it. Let me close by repeating what I’ve said for four years: I have never personally been received more openly, attentively or with such sincere appreciation as I have from Donald Trump – both before and after he became president. I see this as God answering the prayers of His people and fulfilling Kingdom purpose.