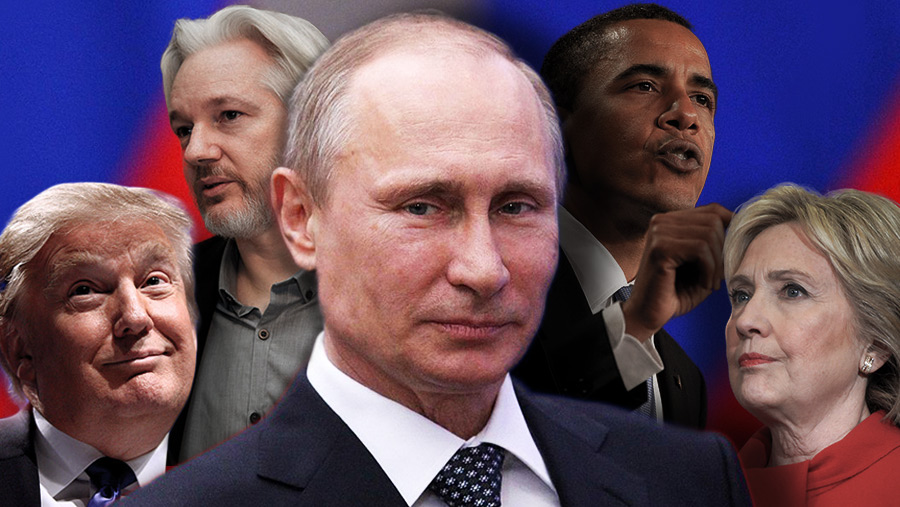 When Ronald Reagan’s Labor Secretary, Roy Donovan, was cleared of the false charges that had ruined his term in office, he demanded some answers from the press.

The question is, should this indictment have ever been brought? Which office do I go to to get my reputation back? Who will reimburse my company for the economic jail it has been in for two and a half years?

Federal prosecutors are still out of control, of course. Read Sidney Powell’s chilling book Licensed to Lie, where she names names. You’ll recognize many of them, such as Andrew Weissman’s.

Today, as liberals sit beneath the Christmas tree and paw at the huge, brightly wrapped box of nothing which Mueller Claus left them, I have a question. “Where do we go to get Trump’s presidency back?”

Where Do We Go to Get this Presidency Back?

No, not the exhausted, frustrated spectacle of Trump in 2019. Where he faces a Democratic House, partly elected based on the odor of foreign collusion that the media cast around him like stink bombs. And he couldn’t claw back money for a Wall which past Democrats had voted for. Where a government shutdown yielded nothing.

How do we get back the victorious Trump of 2016? The one with both houses firmly in the hands of the GOP, and the momentum of a shock electoral victory. All that was tainted by the lies about Russian collusion. Squandered, while the President fought to keep his innocent staffers and family members out of prison.

Why else was then-Speaker Paul Ryan able to shunt the president’s signature issue, immigration, off to the sidelines? And focus on issues which a President Jeb Bush would have embraced, like tax cuts. In the two years since then, how many millions more low-skill immigrants, legal or illegal (it makes little difference) crossed our borders? To become future Democrats and make future elections unwinnable …

What If 2008-9 Had Been All About Obama’s Birth Certificate?

Imagine, my friends, if the Republicans in 2009 had acted as the Democrats did in 2017, and the media had cooperated. If the Republican minority in Congress had found allies in media and the Deep State. (I know, this part strains credulity.) Imagine the GOP had managed to trump up something as ridiculous as the Russia collusion hoax, and use it to waste Obama’s first two years in office. Let’s say, the “Birther” issue. Imagine that the GOP had successfully used the question of Obama’s birth certificate to waste the first half of his presidency. To prevent the passage of Obamacare. To stop him from importing whole congressional districts full of Somalis, to elect jihadi congressmen.

Of course, Republicans wouldn’t be so unpatriotic as to do something like that. (Nor would the Deep State or media have cooperated.) But the Democrats did. And it worked, like a charm.

The Media Are All Louise Mensch Now

Yes, we’re all very happy to see the Mueller investigation peter out into nothing. To learn that the Senate Democrats and the upper echelons of the FBI and Justice Department, along with the establishment media, were finally no saner than Louise Mensch. Remember her fantasies about the Marshal of the Supreme Court arresting Trump, so he could be tried for treason, and finally shot? It turns out that every last jot and tittle of the case against Donald Trump was equally delusional.

But then we knew all that, didn’t we?

Putin never dreamed that he could actually put the sitting president of the United States under suspicion of treason. That his crude disinformation program could cripple an administration. Thwart two whole years of a presidency, dividing the country more profoundly than it has been since 1860. Elect a raft of pro-jihadi radical socialists.

It was always absurd to think that Donald Trump or his team had colluded with Vladimir Putin. Trump proved the point by adopting a foreign policy that was far tougher on Russia than Barack Obama’s. In fact, the leftist elites in our government, Deep State, and media were the ones de facto colluding with Russia. It hoped to disrupt American politics by spending a tiny amount of money on crude, stupid Facebook ads. And hacking a few emails, then leaking them — to expose some filthy secrets of Hillary Clinton’s.

But Putin never dreamed that he could actually put the sitting president of the United States under suspicion of treason. That his crude disinformation program could cripple an administration. Thwart two whole years of a presidency, dividing the country more profoundly than it has been since 1860. Elect a raft of pro-jihadi radical socialists who want to dismantle key elements of our Constitution, like the Electoral College. Leave our borders unguarded, and the flow of future Democrats into our cities unhindered. Voters who will support the next Obama-clone for president.

It’s not hard to predict how such a Democratic president will act toward Russia. Like Obama and Hillary Clinton, s/he will cave in to Russian demands, sign agreements like the Iran Deal, and abandon the democratic resistance in Venezuela.

We can’t blame Putin for this. He was doing his job as the leader of a foreign, rival power. Putin probed to find our vulnerabilities. He probably never dreamed how willing the Democrats and their captive media would be to blow up their own country, in a tantrum at losing power. Then again, Ted Kennedy was willing to collude with the Kremlin against President Reagan, and Russians have long memories. So maybe he knew exactly what he was doing. Well played, Vladimir, well played.