A reflection for National Dog Day 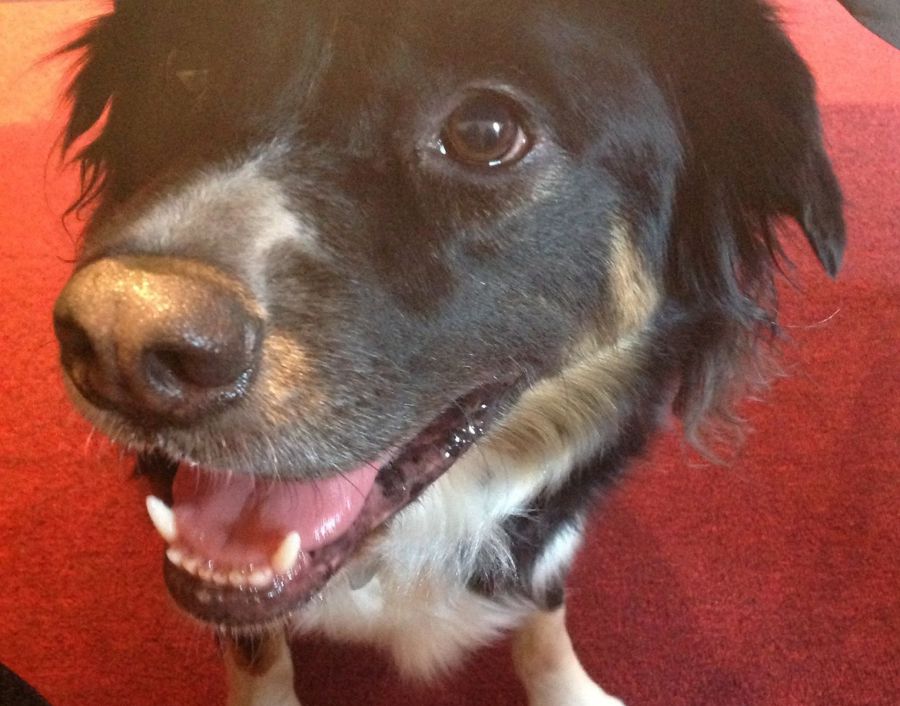 No one should have a soul so dead that he does not wish to see his dogs in Heaven. I’ve known people with souls so dead. One was a strict follower of the theologian Thomas Aquinas. He worked out, with sharp and irrefutable logic, his claim that when your dog dies, he disappears as if he had never been. He has no more claim to immortality than your old toaster. Another was a strict follower of the theologian John Calvin. He argued with equal precision. He drew the same conclusion.

I can’t help but feel that there is something wrong with these guys. They lack the sense that separates man from computers. The love of another creature that would tell them, in Hamlet’s famous line, “There are more things in heaven and earth, Horatio, than are dreamt of in your philosophy.” They argue beautifully, but they begin their arguments with an un-reality. They go wrong from the very beginning.

The Hope That Love Will Last

We’ve lost two dogs. Our first, Ben, was an adorable, classic golden-haired mutt with big eyes and long, long floppy ears. We got him from a animal shelter, where he trembled and peed on the floor. We chose him partly because we suspected no one else would. I wrote about his death here. Ben was mostly our eldest daughter’s dog.

Our second, Moby, was my dog. He was an Australian Shepherd, and a genius. We were best friends from the moment I walked around the corner of the aisle at the humane society. That’s his picture above. I wrote about his death here. That was the second most bitter day of my life.

The stories will tell you why we love them both. I mean “love,” not “loved.” You don’t lose your feelings for them.

The stories will also tell you why we hope to see them both again. It is natural and right to hope that love will last beyond death, because the creature we love lasts beyond death. That includes the love we have for a dog. Our love for a dog is not nothing. It is a real and a proper love. It points us to something higher. Our love for a creature should point us to the love of the God who created that creature. But at the same time, the love of God should point us to the love of creatures. The Father’s love ennobles our loves. This the theologian should consider when constructing his theories.

As I’ve written before, even the hard-boiled realist grieves at the death of Spot or Rover, grieving at his death as something that should not be. He feels his dog’s death as a loss man should not sustain. His grief at least hints to us that we may hope that in the end we should not sustain it. Even he buries his old dog and marks the grave.

Raised Because Of Us

When Moby died, a kind friend sent me part of Pope Francis’s Laudato Si’. My friend saw the hope for the continued life of the creatures we’d loved in Francis’s description of the glory of Heaven. In Heaven, our loving Father will bring all good things to fruition. “At the end, we will find ourselves face to face with the infinite beauty of God, and be able to read with admiration and happiness the mystery of the universe, which with us will share in unending plenitude. Jesus says: ‘I make all things new,’” Francis writes.

“Eternal life,” he continues, “will be a shared experience of awe, in which each creature, resplendently transfigured, will take its rightful place and have something to give those poor men and women who will have been liberated once and for all. … All the good that exists here will be taken up into the heavenly feast.”

C. S. Lewis thought we might find our pets in Heaven. We might find them there because we love them. If they don’t have a self or a soul of the sort we do, they may gain it through or with us. Don’t think about the animal by itself, he wrote in The Problem of Pain. “You must take the whole context in which the beast acquires its selfhood.” He becomes a self within the home and the family.

Lewis calls the home a body in St. Paul’s sense. Who knows how much of that body God may raise, he writes. He hopes the animal may be raised as a member of that Body. It will find its identity in Heaven, the thing that makes it savable, where it got it on earth. He will find it as part of that body and especially in its relation “to the master who is the head of that Body.” He will be humanized, in a sense, by the love of a human being.

The Dogs We Loved

Then Lewis writes a lovely line: “The man will know his dog: the dog will know its master, and, in knowing him, will be itself.”

As I wrote about Ben: Love demands the particular things that have been loved. We hope for Heaven, and for those things that will, as far as we can tell now, make Heaven more heavenly. My family doesn’t want the ideal golden-haired mutt or the perfect Aussie romping with us around the New Jerusalem. They will be perfect, but they won’t be good enough. We want to see and hold the dogs we loved.

Later: My friend Monsignor Eric Barr has posted a similar reflection on his weblog, called This is the Dog That Never Ends. I commend it to readers who enjoyed this article.