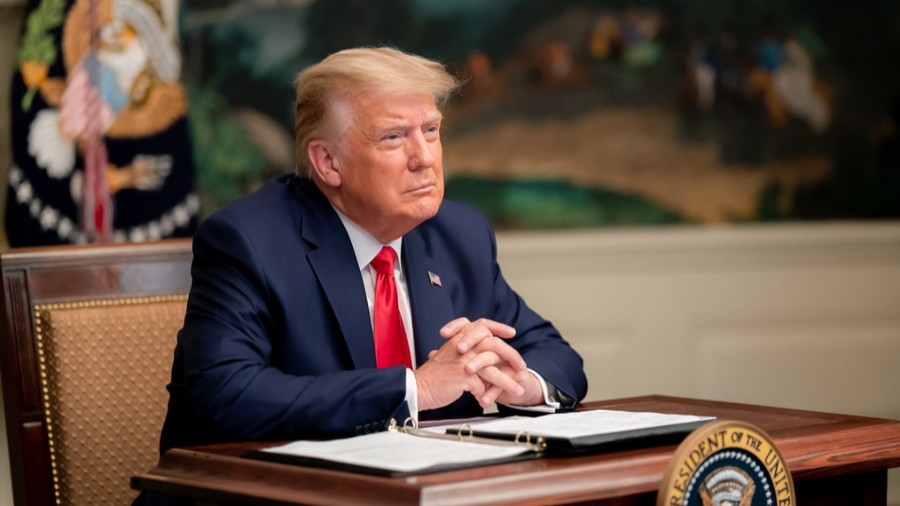 Mr. Trump, thank you for coming. Please sit down. Would you like some water? Okay, thanks. I’ll have some, though. This might take a while.

I thoroughly enjoyed your recent speech at CPAC. You really are masterful at handling a crowd. Some of my more academic friends prefer you to stay “on script.” But some of your very best moments have been spontaneous. I think that’s a big part of your appeal to millions of voters. Which of course is a very strong qualification, as you rightly note in your application letter.

No More Chamber of Commerce Stooges

We do indeed need a candidate who can win. Not some veal-pale, smarmy corporate clone who repeats the talking points of the Chamber of Commerce and a few snooty thinktanks inside the Beltway — full of Ivy League grads who couldn’t get themselves elected dogcatcher in North Korea. I’m not sure you ever said that, but it’s the kind thing you might say. Which is a big reason we brought you here for a third interview. You move people. For every insufferable prig at a so-called conservative magazine you run off, you win ten or twenty votes from one-time Democrat loyalists.

I’ll be honest. I’ve been a strong supporter of yours. Not at first, I’ll say. You were a social liberal for many years. When you said you’d become pro-life, I was frankly dubious. I mean, Mitt Romney said that, didn’t he? Who believed it? But in office you proved yourself a man of your word on that issue.

It’s not central to all Republicans, but it is central to me. And millions of GOP primary voters. For us, contempt for innocent life taints the very essence of the country. It makes us think we’re living on borrowed time, in two senses. One, to be honest, that we’ll end up being euthanized, once Social Security goes bust. The old Andrew Cuomo COVID-soaked pillow over the elderly taxpayer’s face, know what I mean?

Two, that God will finally … give up on America, withdraw His blessings, decide that the American Exception has been revoked. Then we’ll go the way of the Byzantine Empire or something. We’ll be a collapsed regime whose old-timey coins get swapped by nerds on eBay.

Obviously, you care about that. The slogan “Make American Great Again” resonated with citizens in every state. You helped Republican candidates win across the country, even come close to winning back the House in 2020. And of course I agree with you about the extent and impact of election fraud.

The Evil of Two Lessers

We on the hiring Committee see a lot that we like. A lot. But we also have some questions. Performance issues from last time. Now I know it would be easy for us to overlook these issues, to say, “Who’s the alternative? Do we really want to give back the party to the Mitt Romneys, Mitch McConnells, Liz Cheneys and Nikki Haleys of this world? Do we want the Republican nomination to revert to being a golden parachute for the dullest senators or governors in the country? And the Republicans to go back to playing like the Washington Generals, losing gracefully to make the Globetrotters look good?”

Obviously not. But here’s the thing: thinking like that is how the GOP got here. That is to say, so anemic and pathetic that it rolled over for election theft. We’d hold our nose and vote for whatever lame preppy the Party nominated. Why? Because Al Gore, or Barack Obama, was even worse. That’s not how to run a party. It’s a great way to make sure the country keeps stumbling toward a cliff, in fact. It’s how we ended up with the Oligarchy, The Hive, censoring our speech and canceling everyone to the right of John Kasich, in fact.

Instead of settling for the evil of two lessers, we need to find candidates who will take on the real threats to America, virtually all of which come from within. So yes, you’re obviously better than the vomitous alternatives which NeverTrump twits will cough up like furballs. That’s not good enough, I’m afraid.

Which is why on behalf of the Committee of Americans Who Voted for Donald Trump Twice (CAWVDTT, lousy unpronounceable acronym, I know), I’m posing these questions for you. Some of them will have follow-ups. I look forward to your answers.

We thank you for your service to the country, Mr. Trump. If you can answer these concerns adequately, I think we can make you an offer. Otherwise, I look forward eagerly to the launching of TrumpTV, TrumpBook, and TrumpPay.