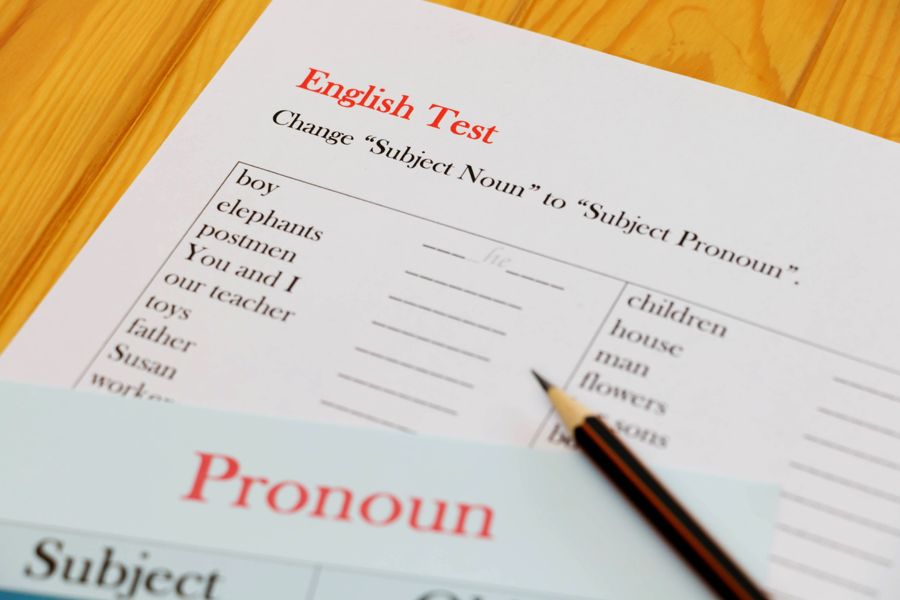 What is a pronoun? It’s a word we use to describe the objective nature of reality. He/him and she/her capture the way the world really is—namely, that sex and gender are binary by their very nature. There are men and there are women, there are males and there are females. And this is by design, God’s design for humanity.

That’s why secularists are fighting this one hard. They’re attempting to bend reality to conform to their desires. So, it’s just one more example of humanity’s long legacy of rebellion against their Creator.

Go Along to Get Along? No, That’s Not Loving

But shouldn’t Christians go along to get along? Doesn’t Christian witness require love, and doesn’t love require that we use people’s preferred pronouns? No, and here’s why. If pronouns describe objective reality, and we purposefully use the wrong pronoun to describe a man or a woman, then we’re speaking falsely (without proper justification). We’re bearing false witness to our neighbor. But our moral obligation is to speak the truth, even if our neighbor may take offense.

Of course, we should never unnecessarily offend (for example, don’t be an arrogant jerk in these conversations), but we cannot remove the offense that is inherent in the truth.

Indeed, I would argue that living in accordance with our design is absolutely critical to human flourishing. If we go along with the idea that men can become women and women can become men, we are, in fact, encouraging people to go against God’s design and are actually harming their flourishing as God’s image bearers. They will never flourish as God intended by trying to live as the opposite sex.

Yes, loving people often requires grace and gentleness and warmth, but it also requires the truth (I’m often reminded of this fact by my wife, who lovingly has to speak the truth to me often, even when I don’t like it!). And by bearing witness to the truth of God’s design, we love people well because we encourage their flourishing.

Names May Be Preferences; Pronouns Aren’t

If someone wants to be called by a certain name, in general, that’s no problem (although, it’s understandable if parents insist on using a given name for their own children). Names are personal preferences. If Robert wants to go by Bobby, or if Jennifer wants to go by Jenny, or if someone prefers a nickname, or even if Ellen wants to go by Elliot, I’m happy to oblige.

But I cannot in good conscience call a man a “she” or a woman a “he.” It’s not loving because it’s not true to the reality of God’s design for them. Now, when speaking directly with a transgender individual, for the sake of grace and wisdom, I would not be obnoxious and go out of my way to use proper pronouns to refer to them in their presence. I would simply call them by their preferred name.

Love Them Enough to Speak Truth

Interestingly enough, there are more and more de-transitioners (individuals who attempted to change their sex but who have now transitioned back to their original maleness or femaleness) who are sharing their stories, and some of them are now asking why everyone around them just went along with their desire to change sex instead of challenging them and even warning them of the harm they would do to themselves by attempting to transition. They’re essentially asking, “Why didn’t people love me enough to tell me the truth?” Christians must have the courage to love people well, and that requires both grace and truth.

(Brett Kunkle is the founder and president of MAVEN, a movement to equip the next generation to know truth, pursue goodness and create beauty. He has more than 25 years of experience working with junior high, high school, and college students. For more from Brett on this topic, listen to this episode of the MAVEN podcast.)

Brett Kunkle (@brettkunkle) is the founder and president of MAVEN, a movement to equip the next generation to know truth, pursue goodness, and create beauty. He has more than 25 years of experience working with youth and parents. Brett has a master’s degree in philosophy of religion and ethics from Talbot School of Theology and co-authored the books A Practical Guide to Culture: Helping the Next Generation Navigate Today’s World and A Student’s Guide to Culture.