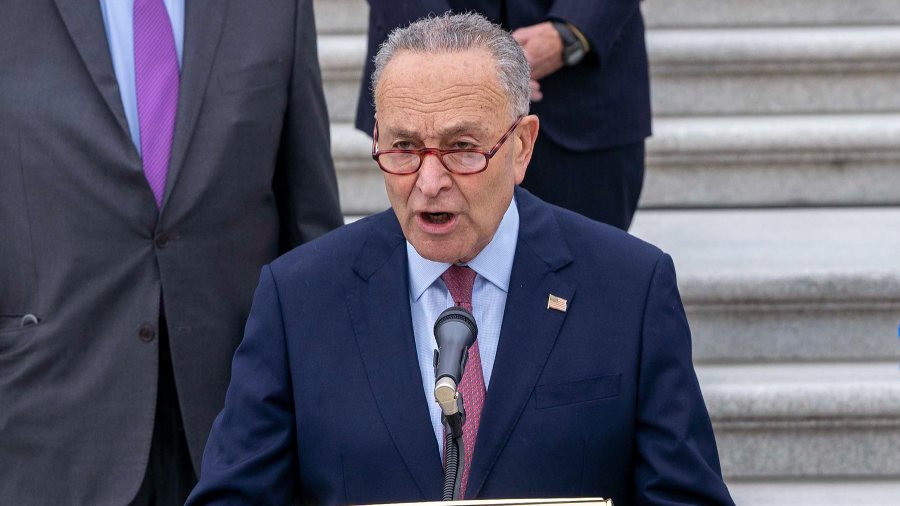 Senate Democrats ended February insisting on a procedural fight over the Women’s Health Protection Act, to get Republicans on record about the issue during a midterm election year. But if Americans realized just what the Women’s Health Protection Act is about, it should not only backfire as a strategy for the Dems, but would prompt an awakening about just how radical a country we’ve become when it comes to abortion.

The Democrats are About Abortion

It was striking to hear Senate Majority Leader Chuck Schumer be open about what the euphemistically and manipulatively named legislation is about: abortion. Most Democrats in the Senate voted for the bill to come to the floor — with the one exception of Joe Manchin from West Virginia, who increasingly is finding himself at odds with his party.

One of the senators who went on record in a clarifying way was Bob Casey Jr. of Pennsylvania. He describes himself as pro-life, even though he gets decent ratings from Planned Parenthood for his voting record. He’s a far cry from his courageous father, who was banned from speaking at the 1992 Democratic convention for fear that he would challenge his party on abortion.

But Casey just voted to bring to the floor the most radical bill that Congress has ever seen when it comes to this issue. It’s legislation that insists that the states don’t have the right to govern themselves when it comes to abortion, at a time when the majority in some states have chosen restrictions. Even Casey’s home state has a ban on abortions after the 24th week of pregnancy. That’s not overly restrictive — that’s reasonable.

The White House issued a statement insisting that “restrictions are particularly devastating for communities of color.” In fact, those are the women and girls who are so often most pressured into abortion as their only choice.

There’s a practical new book, Speaking for the Unborn: 30-Second Pro-Life Rebuttals to Pro-Choice Arguments, by Steven A. Christie, a medical doctor in Miami. He knows that abortion isn’t a mere political issue, but a basic human rights issue. Toward the beginning of the book, he points out that there have been over 62 million abortions since Roe in 1973. He writes: “If the unborn are not alive or not human, then it really doesn’t matter, and we needn’t bother about this.” He continues, “If, however the unborn are alive and are human, than we have killed more than 62 million children.” It’s for children that we bother, he concludes. The book goes on to make nonreligious arguments against abortion. It’s only in choosing to look away from some of the basic facts he lays out that abortion continues in America.

Dr. Christie is also clear that compassion for women needs to be foremost in people’s minds as we urge the protection of the unborn, particularly knowing that 62 million abortions represent millions of women, too, who have suffered. Any loss is a suffering, so even those who shout their abortions in protest at the thought of restrictions must have deep, raw wounds that politics no doubt pours salt on.

With Abortion We Should Expect More, Not Less, Violence

At a time when Russia is giving the world flashbacks to the Soviet menace, Democrats made their priority expanding abortion in America, seeking to ride roughshod on states that rightly object to such a harmful measure.

Don’t expect peace in the world until we do better than abortion. Forgive me from borrowing that idea from Mother Teresa, speaking in front of President Clinton. Until we stop dehumanizing the unborn child in the womb, expect more, not less, violence in homes, in our country and throughout the world.