Democrats Admit Their 2020 Strategy: Lock Us Up and Starve Us Till We Join Them 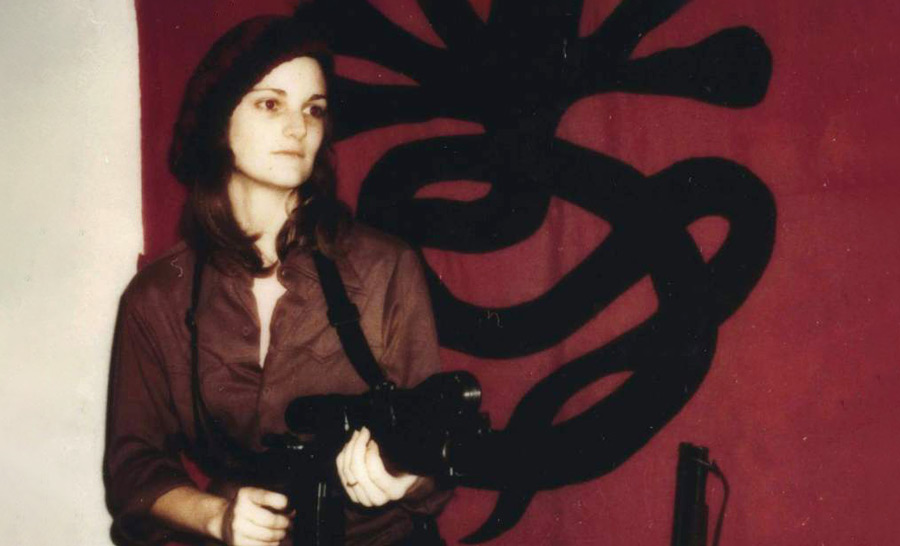 In a piece I wrote with Jason Jones a few weeks ago, we pointed up the looming threat of famine around the world, thanks to America’s open-ended, moving-goalposts lockdown. Millions who rely on U.S. food exports and aid will now go hungry. This amidst a historic plague of locusts that has spread from the Horn of Africa to India, devastating farmers.

We asked if “Woke” liberals care about the fate of all those brown people. So far, none seem to. The fate of these millions of mostly non-white, non-Christian poor people means little to Nancy Pelosi, Gretchen Whitmer, and Andrew Cuomo. They want to continue the lockdown until … when, exactly? They never say. But I think I have the answer.

In that column Jason and I cited an infamous kidnapping case from the 1970s. I think it applies so precisely to the Democrats’ electoral strategy it deserves a column all its own. We wrote:

What are the goalposts now? Do they stand at “till we have a reliable vaccine and have forced everyone in America to take it”? That’s a safe one, since five years will likely pass, with no guarantees on that score.

We think we know the real goalposts: Till the limping, battered economy drives enough blue-collar workers to deaths of despair, closes enough small businesses, and makes sufficient Americans 100% dependent on government money to induce a national Stockholm Syndrome. Then like a traumatized, battered Patty Hearst, Americans will numbly reach out and vote for their captors, the Democrats. The very next day, the media sirens will sound the “All-Clear!”

For those of you too young to remember Patty Hearst, she was an heiress kidnapped by a crackpot cult. The Symbionese Liberation Army beat, starved, and raped her over months. At last, her psyche cracked and she agreed to join their gang, even took part in their bank robberies, and read a manifesto they’d written for her.

From the State of the Union to Our State of Siege

Now we have proof that the Democrats’ plan for America is analogous. They really are directly prolonging Americans’ economic pain, and worsening global hunger, for crass political gain. Remember the State of the Union address? President Trump delivered it in that tiny political window between the end of the fake impeachment effort based on the Russian collusion hoax, and the moment when Democrats decided the virus was real … and really useful.

Patty Hearst was an heiress kidnapped by a crackpot cult. The Symbionese Liberation Army beat, starved, and raped her over months. At last, her psyche cracked and she agreed to join their gang.

During that halcyon time, when Nancy Pelosi was inviting folks to Chinatown, and Andrew Cuomo was boasting that New York got more viruses because it was more “welcoming” to illegal immigrants, things were different. Our economy was roaring. This thanks to Donald Trump’s policies, and much of his powerhouse address highlighted that. Democrats openly worried that low unemployment, rising tides in poor, non-white neighborhoods, and a national sense of hope might re-elect Trump.

So Democrats turned on a dime from saying “Don’t talk about the Virus, that’s racist! Keep flights coming in from China!” to peddling abject terror. Now, it’s true that lockdown policies swept across Europe too. And they seem to have done at least as much harm as good. See Jeffrey Tucker on all the deaths by other causes (from suicide to canceled medical tests) the lockdown caused.

That’s because politicians dragged it on far, far past the point of “flattening the curve” in hospitals. Now it’s flattening whole economies, with the poorest suffering most. And in many European countries, as in American blue states, the most vulnerable people in nursing homes got no protection at all. Euthanasia via virus has devastated the elderly in Sweden, which the BBC reports is denying older patients the simplest medical care: oxygen.

The Democrats Hope for a Depression and a Green New Deal

But I don’t see countries in Europe calling for lockdowns to last till a vaccine emerges, if it ever does. That’s confined to U.S. Democrats, who count on a real depression handing them a 1932-style landslide. And they’re terrified at the prospect that lives getting better for Americans could cheat them of their victory.

Need proof? See left-leaning Politico. It reported on May 26:

In early April, Jason Furman, a top economist in the Obama administration and now a professor at Harvard, was speaking via Zoom to a large bipartisan group of top officials from both parties. The economy had just been shut down, unemployment was spiking and some policymakers were predicting an era worse than the Great Depression. The economic carnage seemed likely to doom President Donald Trump’s chances at reelection.

Furman, tapped to give the opening presentation, looked into his screen of poorly lit boxes of frightened wonks and made a startling claim.

“We are about to see the best economic data we’ve seen in the history of this country,” he said.

Furman’s counterintuitive pitch has caused some Democrats, especially Obama alumni, around Washington to panic. “This is my big worry,” said a former Obama White House official who is still close to the former president. Asked about the level of concern among top party officials, he said, “It’s high — high, high, high, high.”

And top policy officials on the Biden campaign are preparing for a fall economic debate that might look very different than the one predicted at the start of the pandemic in March. “They are very much aware of this,” said an informal adviser.

Have you got that? The top Democrats are counting on a limping economy, with all the suffering, suicides, and broken dreams that entails, to hand them the White House and Congress.

Keep that in mind when listening to blue-state governors. Especially those who won’t even protect veterans and grandparents in nursing homes from the virus. But who insist they just keep businesses closed and workers starving to “save just one life,” as Andrew Cuomo claimed. (When he wasn’t dismissing seniors’ deaths as inevitable and irrelevant.)

No, they’re just giving Patty Hearst another beating, denying her another meal, in the hope that she’ll join their gang.