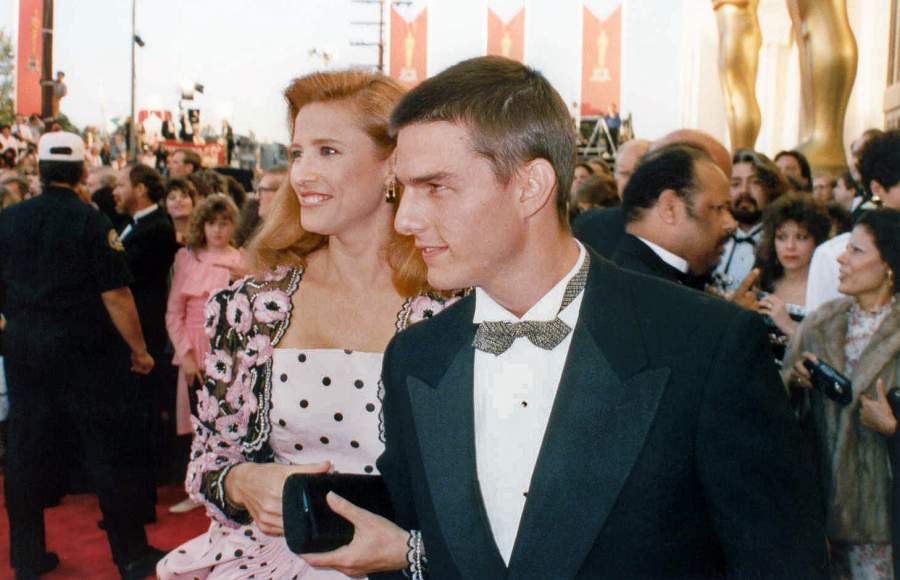 Given the left’s propensity to lie about so many things, it’s time to defend Risky Business.

In fall 2018, when I was near the bullseye of a nasty political hit, the subject of 1980s teen movies came into the public consciousness. My high school friend Brett Kavanaugh was up for a spot on the Supreme Court. And our 1983 Georgetown Prep yearbook was under the media spotlight. Politician and reporters spent hours trying to decode teenage slang, some of which not even I, a yearbook editor, remembered.

I have outlined the chain of events in this series for The Stream. In 2018, the Washington Post published an article quoting Christine Blasey Ford. With the help of the media and opposition researchers, she claimed that SCOTUS nominee Brett Kavanaugh had sexually assaulted her when the two were in high school at Georgetown Prep in 1982. What’s more, she said, I was there where the assault allegedly took place. I supposedly witnessed everything before jumping in and breaking it up. The entire thing was a set up. The plan was to tie me, a former drinker with a rebellious past, to Brett.

A Nation Focused Intently on … a High School Yearbook

Part of that became, believe it or not, highlighting our yearbook. “For one thing, our yearbook was a disaster,” Brett said at one point. “I think some editors and students wanted the yearbook to be some combination of Animal House, Caddyshack and Fast Times at Ridgemont High, which were all recent movies at that time. Many of us went along in the yearbook to the point of absurdity. This past week, my friends and I have cringed when we read about it and talked to each other.”

The media focused on the films Brett mentioned, as well as another period classic, Risky Business (1983) starring Tom Cruise. A dark comedy, the film tells the story of Joel Goodson, a Chicago teenager who gets in over his head. Seeking adventure, he foolishly hires a prostitute named Lana (Rebecca DeMornay) and then rolls his dad’s Porsche into Lake Michigan. Joel then turns his parents’ home into a brothel to pay the bills.

No, this doesn’t seem like spiritually fortifying Christian entertainment. But there is much more to Risky Business than people seem to remember.

History as Didactic Moralizing in Black and White

As usual, the Woke takes on the film turn out to be simplistic and reductive. In her essay “Risky Business and Brett Kavanaugh, 35 Years Later,” the New York Times‘ Ginia Bellafante wrote:

Tom Cruise’s character is admitted to Princeton despite an entirely middling academic record when he impresses his interviewer by turning his parents’ nicely appointed suburban colonial into a brothel while they are away. More clearly than any other film of its period, Risky Business hinges the privileging of male mediocrity on the exploitation of female disadvantage.

There is a far more interesting interpretation of Risky Business, one that sees the film not as a triumph of white male suburban privilege, but tragedy where a naïve kid loses his soul to cynical manipulators. A kid who is, in fact, set up by a local pimp.

In one sense Bellafante is exactly right. At the outset of Risky Business, Joel is mediocre. His father proves a passive figure who has no “animus,” or active male energy. Who does have animus? Miles, Joel’s reckless friend (Curtis Armstrong). Miles’ animus, however, is not honed and directed like members of the military or disciplined pastors, but is unformed and volatile. He tells Joel, “Every once in a while you have to say ‘What the [expletive].’”

This is satanic advice. Joel then hires Lana, and after an exhilarating week of partying, his life begins to unravel.

The Ending You Never Saw

In the original script, Joel doesn’t get the girl, doesn’t get into Princeton and breaks a crystal egg that is his mother’s most prized possession. The film ends with a bittersweet scene of Joel trying to comfort Lana.

In his original vision, writer/director Paul Brickman saw Joel’s story as a tragedy. “No one knew what kind of tone I was working toward,” he said in an interview years later. “No one thought it was funny enough.” Brickman described himself as a fan of J.D. Salinger, whose The Catcher in the Rye explored a young prep school kid having a mental breakdown.

Hollywood executives weren’t having it. They wanted Joel to get everything he wanted, to get the girl, fix the house and go to Princeton. Producers wanted to have the film close out with happy dialogue between Joel and Lana as they walk through he park. (“Time of your life, huh, kid?” she says.)

Brickman was appalled: “I felt the whole film was compromised by this cheesy happy ending. I came very close to walking off the film.” Brickman was so bitter he did not direct another film until 1990.

It’s amazing that Hollywood producers who excuse all kinds of sex, violence and bloodshed in the name of realism hide from the reality that spiritual devastation can result from sin.

Still, there is a scene just before the sunny ending that bears Brickman’s mark. Joel and Lana sit at a tony Chicago restaurant. Joel asks Lana whether her dalliance with him, then the whole brothel scheme, was “all a set-up.” She denies it, but unconvincingly. Joel then tells her to come sit on her lap. He has become manipulative and cynical. He has lost his soul.

The idea of a privileged white teen from suburban Chicago getting set up and played by a prostitute doesn’t fit into the imagination of Ginia Bellafante and the rest of the liberal media. Joel being a victim too is just not possible.

There’s one more thing. It’s a bit off topic, but I did get tired of Bellafante and everyone else in the media calling Brett and me and our friends “rich.” As Washington Post reporter Ruth Marcus puts it in her book Supreme Ambition:

Kavanaugh and his allies later bristled a the notion that his childhood was rich and entitled, and they had a point… . In an atmosphere where some of his peers enjoyed significant wealth … the Kavanaughs were, for most of Brett’s childhood, comfortably middle class, not wealthy.

Likewise, for all the leafy elegance of Georgetown Prep’s North Bethesda campus, for all the school’s vaunted exclusivity, in the social architecture of privileged Washington the Georgetown Prep boys were looked down on by those who went to even tonier schools, such as St. Albans and Sidwell Friends. They were viewed as less academic, more focused on sports and drinking.

I don’t know. With two Georgetown Prep grads (Kavanaugh and Gorsuch) on the bench, I’d say we did manage to crack the books now and then.