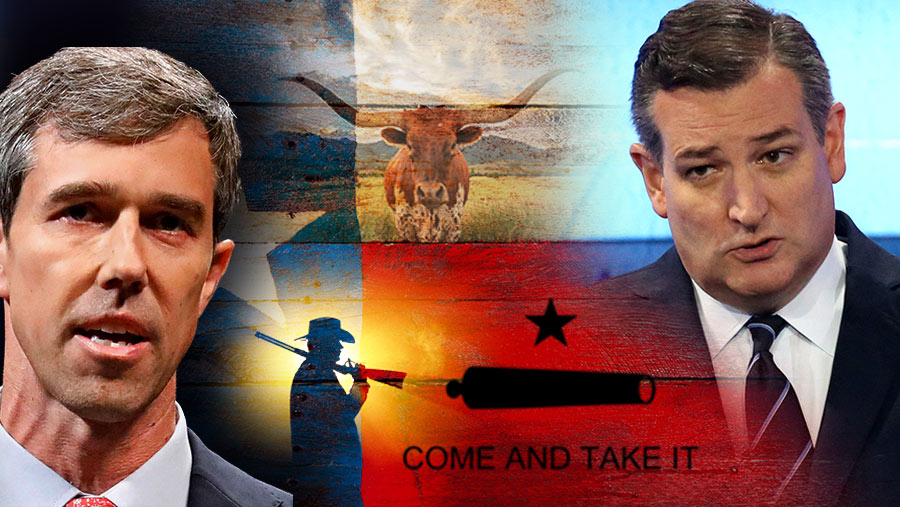 Before moving to Texas we found ourselves a realtor. Devoted Christian man, doesn’t work Sundays (a realtor not working all weekend?!). His web page was filled with reviews glowing over how sweet and helpful he was. We met up with him. Sweet and helpful? Like Scrooge was sweet and helpful. The guy was sour, impatient. Sure, he’d show us the houses we were interested in, but found fault with all of them.

Well, you’re not going to spend hours hanging around with my wife without her charm and sense of humor breaking you. And finally, he cracked and confessed. “I don’t like all you Californians moving in here, bring your values and ruining my state.” We quickly assured him, “We’re not those Californians. We just live there and God is finally getting us out.”

He would go on to share his love for Texas, his never feeling the need to even leave the state. The pride was evident. As evident as the Texas stars that were plastered on pretty much every house we passed. He also shared how, after the 2008 real estate bust, Californians raced to the state to sweep up properties, and there was widespread resentment.

Days after moving in, we heard the same thing from a Euless city worker. Californians were pouring in, not to embrace Texas, but to change it into a less expensive version of California. Others would and continue to express the same worry.

Yesterday marked the fifth anniversary of us settling on our house. (Not that any house really “settles” in Texas.) And voting is underway in the race between Sen. Ted Cruz and Democrat challenger Rep. Robert “Beto” O’Rourke. Our neighborhood has seen many houses sold in those five years. I am shocked how many of those houses now have Beto signs in front.

It Ain’t About Liberal So Much

Let me say this right here: I’m not talking so much about liberal versus conservative. We’re talking about the Texas spirit vs the California vibe. Take former Texas governor Ann Richards. Ann Richards was as liberal as the prairie is wide. But she was a Texas character, not one out to change the character of Texas. She had a brashness, boldness, a bigness … and I’m not just talking about her high pile of hair. She had a twinkle.

Like Richards, the whole state has a star-spangled swagger.

Spend any time here and you know exactly what I’m talking about. It’s easy enough to flag: There’s huge American flags, Texas flag clothing, “Come and Take It” flag bumper stickers. A deep love of the military. A deep embrace of the Texas Ranger and Western cowboy mythology. A rugged individualism mixed with homespun friendliness. The Second Amendment is as sacred as the Ten Commandments. And the Ten Commandments are still sacred.

Texans don’t “cling to their guns and religion” as the former Mocker-in-Chief would say. They embrace their faith and firearms. They celebrate being Texans.

Which gets us to Robert O’Rourke. He took to calling himself Beto to help low-information voters think he’s Hispanic. He’s as Irish as a Kennedy. In fact, the fawning media likes to paint him as “Kennedy-esque.” Why would Texas want a replica of Massachusetts liberalism? Or for that matter, a Kennedy-esque penchant for fleeing the scene of an accident? Texans don’t flee. Remember the Alamo?

What else do we know about O’Rourke?

He has it in for guns. The NRA rates him an F. For Texans, strict gun control is like a New Yorker banning pizza. (Though give New York time on that.)

He called for the legalization of drugs. For Texans, the only drug that has a place in the state is football.

And he is vehemently against building the Wall. Claims the Wall is racist. Will do anything in his power to stop the border wall from being built. How many Texans have died trying to protect its borders the past century and a half? How many Texans injured by those here illegally? How many ranchers along the border have seen their land overrun with illegal immigrants?

He’s replaced the defiant Texas motto “Come and Take It!” with a cheery (and dangerous and expensive) “Come and Get It!”

Which gets us to the Caravan of migrants trudging northward through Mexico. O’Rourke’s campaign was caught on tape bragging about how they were helping the caravan using campaign resources. They laughingly admitted such help likely violated campaign finance law.

Being against protecting the Texas border is un-Texan.

Avoiding talking about the Caravan while actively helping the Caravan? Not being a straight shooter? What can be more un-Texan?

How about not taking a public position on a public issue in the midst of a public election? That’s cowardice. That is the cheap tactic of a Hollywood-funded and embraced San Francisco-style politician hoping to slink into office acting the moderate. That is not Texan.

Refusing to take a stand? That is not certainly not Texan.

Similarly, flooding the airwaves with ads insisting he wouldn’t be negative, then going negative the minute things got tough. That is not Texan either.

How can Texas possibly elect a man who doesn’t have what it takes to “cowboy-up”?

Add it all up: The policy positions, the Hollywood support, the straight-line echoing of the coastal elites — heck, even the skateboarding. Robert O’Rourke is no Texas senator. Sure, he’d make a fine replacement for California Senator Dianne Feinstein. But not here, not in Texas. Not on the turf once traveled by Stephen Austin, Sam Houston and Davey Crockett. Not in the state where Bill Pickett wrestled bulls to the ground and Red Adair wrestled oil fires to the death. Not in the state which honors the flag, honors God and treasures being Texas.

Texas residents aren’t deciding today on who they will have representing them. They are deciding what they want to represent. Do they want Texas to be Texas or just another state but with more barbecue and pick-ups?

Al Perrotta is the Managing Editor of The Stream, and co-author of  The Politically Incorrect Guide to Immigration. He moved from California to Texas five years ago.