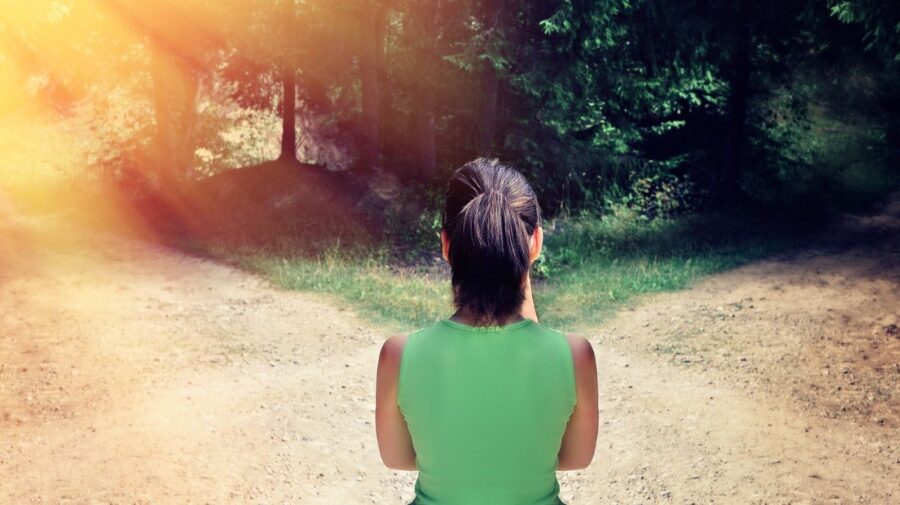 “We have no king but Caesar!” yelled the Jewish mob. Pontius Pilate must have been shocked. Is that really what they had decided?

Pilate by that time was doing his best to set Jesus free. First, he could find no fault in Him and certainly nothing deserving death. Second, he disliked and distrusted the Jewish leaders who accused Jesus. Was this a trap? Third, between Jesus’ strange behavior — refusing to answer some questions and giving disturbing answers to others — his wife Claudia’s note urging, “Have nothing to do with that righteous man,” and the charge that Jesus “made himself the Son of God,” Pilate began to fear of this “King of the Jews.”

It was also the eve of Passover when Israel celebrated release from oppression in Egypt. And now the people and their leaders who hated Rome — their current oppressor — insisted, “We have no king but Caesar”?

St. Matthew tells us that “when Pilate saw that he was gaining nothing, but rather that a riot was beginning, he took water and washed his hands before the crowd, saying, ‘I am innocent of this righteous man’s blood; see to it yourselves.’ And all the people answered, ‘His blood be on us and on our children!’” (Matthew 27:24-25).

Pilate would have turned to Jesus: “Ibis ad crucem” (“You will suffer the cross”) then to his assistant: “I, Lector, expedi crucem” (“Go, Lector, prepare the cross”). Court dismissed.

In his preface to The Great Divorce, C. S. Lewis wrote about the perennial “belief that reality never presents us with an absolutely unavoidable ‘either-or’; that, granted skill and patience and (above all) time enough, some way of embracing both alternatives can always be found; that mere development or adjustment or refinement will somehow turn evil into good without our being called on for a final and total rejection of anything we should like to retain.”

And thus it has always been.

No King but Caesar

Judas decided to betray Jesus, pocket thirty pieces of silver, and get on with life. He never dreamed that his decision would result in regret, despair, suicide, and (if Dante is correct) an eternity at the bottom of Hell gnawed by Satan.

The high priests, scribes, elders, and people decided to get rid of the bothersome would-be Messiah. After all, they all reasoned, “It is expedient for [us] that one man should die for the people, and that the whole nation should not perish” (John 11:50). “We have no king but Caesar!” seemed perfectly reasonable at the time.

Within a generation, the largest Roman army ever assembled would shed rivers of Jewish blood and turn Jerusalem into rubble. Their nation, their Temple, and their way of life would all perish.

Every Crossroad Demands a Decision

Pilate decided to satisfy the crowd, avoid a riot and demonstrate his loyalty to Caesar. Fulton Sheen notes, “The terrors of Tiberius seemed more real to Pilate than the denying of justice to Christ. … Pilate later was deposed by the Roman Emperor on a complaint by the Jews — another instance of men being punished by the very instruments in which they confided.” Ancient historians tell us that in the end Emperor Caligula offered him suicide or worse. Pilate chose suicide.

“Two roads diverged in a yellow wood,” wrote Robert Frost, “And sorry I could not travel both / And be one traveler, long I stood / And looked down one as far as I could / To where it bent in the undergrowth.”

Every crossroad demands a decision. The beaten path and “the road less traveled” diverged. The poet had to decide. Each road would diverge again and again demanding new decisions. And every reader knows that Frost’s point is that the two roads led to different destinations: “I took the one less traveled by, / And that has made all the difference.”

The Message of Holy Week

Our decisions today matter for tomorrow, for next year, for the rest of our lives and ultimately for eternity. Each decision builds a character and brings us closer to Heaven or to Hell.

That is part of the message of Holy Week and it is cruel to pretend it’s not.

It’s a question of decisions and decide we must.

Decide well and have a blessed remainder of Holy Week and happy Easter.