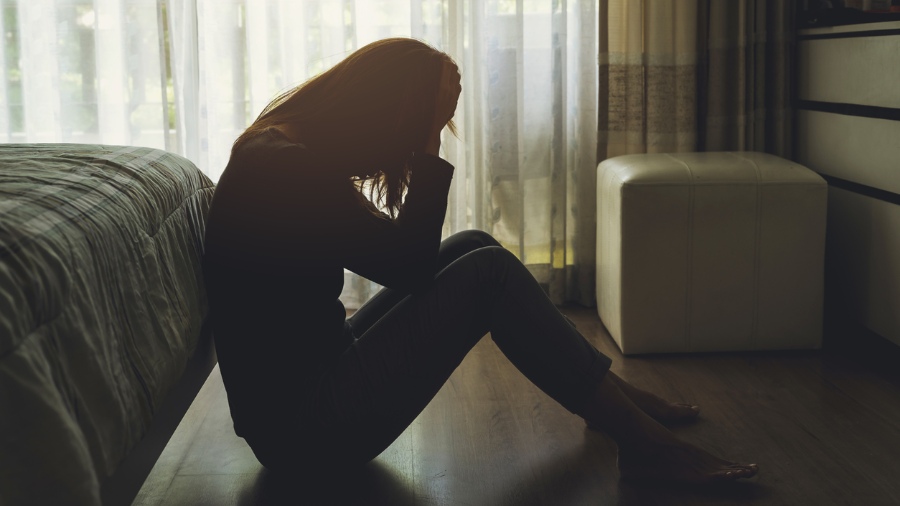 When I was younger, I used to struggle with bouts of depression. A dark cloud would descend. I’d drift into lethargy and lack of interest in anything. I withdrew from others into my own little cave. The darkness was made worse by loneliness, confusion and fear.

With suicide raging through our society it is worth gaining knowledge about depression and some of the practical steps to address the problem.

According to the World Health Organization 700 million people worldwide suffer from depression. How do the experts diagnose the problem? It’s not simply being grumpy or sad. A major depressive episode lasts at least two weeks. The individual is in a dark mood and has no interest or pleasure in anything.

There will also be at least five other symptoms such as difficulty sleeping or sleeping too much, eating too much or too little, tiredness, difficulty concentrating, making decisions, and thinking clearly, slowness of movement and lethargy, thoughts of death or suicide or a suicide attempt or plan.

This webpage gives more information about depression. The median age for depression is thirty-two. More women than men suffer from the problem and the causes and cures are complex.

It is easy for those who do not suffer from depression to regard it as a weakness or even self-indulgence. It doesn’t do much good to chirp, “Come on, cheer up! Life’s not so bad!” The depressed person is not helped by saying, “Pull yourself together. If you smile you’ll feel happier.” It really doesn’t help to dish out a spiritual guilt trip, “The fruit of the Spirit is joy! You need to trust the Lord more!”

All of that might be true, but it doesn’t help to shift the cloud hanging over the depressed person. To help we must understand more about the illness. First, we should distinguish between ordinary depression and clinical depression. Clinical depression is a long-term condition caused by chemical imbalances in the brain. It is often linked with bi-polar disorder and should be treated by a psychiatrist.

Lower level depression is intermittent. The sufferer drifts into a depressive state which may last for days or weeks, but then emerges from under the cloud.

What causes depression? It’s impossible to pin it down to any particular problem. Sometimes it is a reaction to stress. It could be linked with guilt and low self-esteem. It could be caused by a deep fear or trauma from the past. The cause might be linked to dietary deficiencies, the onset of old age, transition or the stress and disappointment in life.

If a doctor recommends a medicinal treatment, that advice should not be ignored, but sometimes the chemical cure only masks the deeper problem. If the depression is caused by more underlying difficulties, the cure will be found in counseling and for the Christian person, wise spiritual direction.

While there are physical and mental aspects to depression, there is also a spiritual dimension. Sadness and lack of purpose can be caused by the soul’s longing for prayer and contact with God. It is as if the soul is in the wilderness — thirsting for contact with God. Guilt from past trauma or sinful behaviors can weigh down the soul and cause the cloud to descend.

Involvement in the occult and dabbling in the diabolical brings spiritual darkness into the soul. Sometimes the spirit becomes heavy simply because of the weight of wickedness and suffering in the world.

My Experience With Depression

My own bouts of depression eventually lifted as I went through counseling and found friendship and support from a wise mentor. One of the best bits of advice he gave me was not to run from the depression, but to allow myself to be sad and alone.

He said, “Jesus went into the desert places to pray on his own. We are not designed to be one hundred percent happy all the time. Light produces shadow and there is part of our heart and mind that needs to wrestle with the dark angels. Some experiences of depression are the manifestation of our instinct to go with Christ down into the desert and grapple with the darkness.”

His advice helped me to see that the periods of depression could be a tunnel I had to go through to get to the other side. It was a wrestling match I had to engage in to win the battle. Then he gave me some further practical advice I have never forgotten.

“Make that day Friday because that was the day the Lord took on himself the sins of the world. That was the day the darkness descended and the sun was darkened. Furthermore, why not fast on that day to enter physically into the suffering and trauma of the world? Then each Friday the sadness and depression you feel will be focused and be part of a redemptive action in the world.”

When I began this simple discipline, I found that the sadness and dark feelings were focused on that day. It was as if I had an escape valve for the depression. Instead of the cloud hanging over me all the time, there was one day a week in which I would step back from all the stress and busyness. I took more time for prayer and reflection. All the sadness had a place to be. More than that — it had a reason to be. It was part of a larger plan.

Depression remains a complex problem for millions of people. Usually the cure is a long-term combination of professional medical treatment combined with counseling and support of family and friends. When the spiritual dimension is addressed, very often the deepest problems are resolved and the person suffering can rise up and begin to see that there is a glimmer of light even in the greatest darkness.

Dwight Longenecker is the author of “Praying the Rosary for Inner Healing.” Read his blog, listen to his podcasts and be in touch at dwightlongenecker.com

Has It Come to This?