‘Dead White Males,’ Diversity, and a Goal for Reading Old Books in 2020 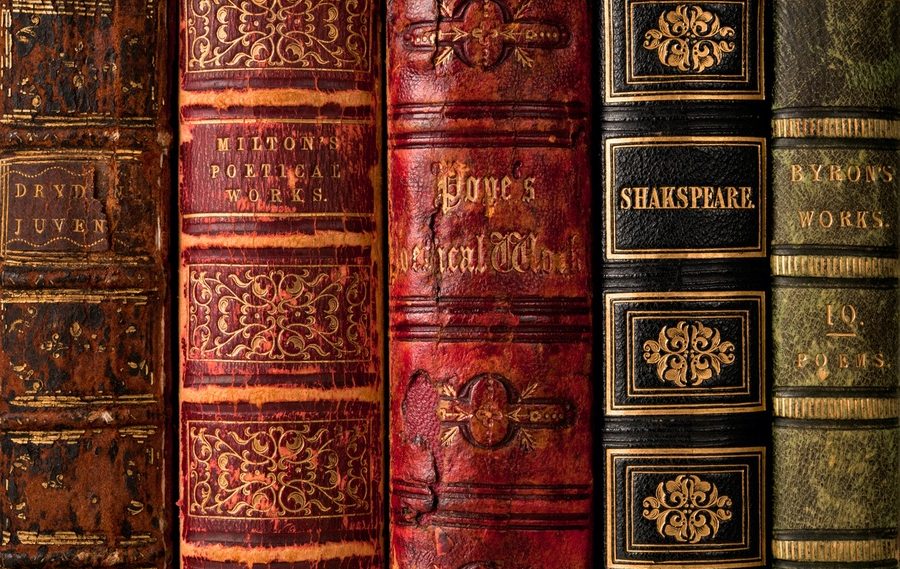 I’m going counterculture in 2020. I’ve got my list prepared, and I’m going to read at least one old book a month. Ten of them are by dead white males. Two are by dead white females, and one is by a dead Chinese male. (That makes thirteen, but one of them is really short.)

Hardly anybody reads old books anymore, but especially not books by “dead white males,” which many universities have ousted in efforts to “decolonize the curriculum” and “increase diversity.”

It’s been going on a long time. In 1987, Jesse Jackson led protesters at Stanford chanting “Hey, hey, ho, ho, Western Civ has got to go!” More recently an editor at The Conversation has complained that dead white men “clog up reading lists and dominate the syllabus, particularly in subjects like philosophy and English literature.”

A teacher’s union leader in Britain said last year that “in order to thrive, children need to be able to see people like themselves reflected in the curriculum.”

Diversity in Our Day

Sure. We all need models to follow after, and if minority children never read minority authors, they’re in danger of concluding that writing is a “white” thing — which it surely isn’t. Everyone needs to read high-quality writing by people who’ve shared some of their experience. We need to read others’ experiences, too, so I’ve added Zora Neale Hurston and James Baldwin to my 2020 list of more current reading.

But to throw out the best old books because “children need to see people like themselves” in the curriculum is to miss the point of old books. There’s a reason the classics have survived all these years: We see people like ourselves in them. We all do.

Yes, different groups have different experiences, but the great works capture what we have in common: the doubts and questions of The Brothers Karamazov, the tormented guilt of a Lady Macbeth, the heroic goodness that Charles Darnay finally achieved by the end of A Tale of Two Cities. These works show us people like ourselves — and they also call us to be better than ourselves. Their very beauty contributes to that.

Diversity Beyond Our Day

And if the point of dumping the Western classics is to increase diversity, it’s not a great way to go about it. It’s more likely to lock us into uniform, conformist thinking of our own age. No one has said it better than C. S. Lewis. It’s in a famous passage he wrote in his introduction to one of the books on my 2020 list: Athanasius’ On the Incarnation. You can read Lewis’s words in full here, or get the gist from this excerpt:

Every age has its own outlook. It is specially good at seeing certain truths and specially liable to make certain mistakes.…

We may be sure that the characteristic blindness of the twentieth century — the blindness about which posterity will ask, “But how could they have thought that?” — lies where we have never suspected it, and concerns something about which there is untroubled agreement between Hitler and President Roosevelt or between Mr. H. G. Wells and Karl Barth.

Let’s bring that reference up to date. It’s likely that there is some characteristic blindness in the 21st century that “concerns something about which there is untroubled agreement” between Donald Trump and Nancy Pelosi. And precisely because it’s a form of blindness that’s typical of our age, “none of us can fully escape [it],” says Lewis,

But we shall certainly increase it, and weaken our guard against it, if we read only modern books. Where they are true they will give us truths which we half knew already. Where they are false they will aggravate the error with which we are already dangerously ill.

The only palliative is to keep the clean sea breeze of the centuries blowing through our minds, and this can be done only by reading old books. Not, of course, that there is any magic about the past. People were no cleverer then than they are now; they made as many mistakes as we. But not the same mistakes.

Lewis is not saying the classics are filled with truth and wisdom for us all to ingest unquestioningly. Old books include old errors. They also teach us to be humble, for no age easily recognizes its own errors, and why should ours be any different?

Old books are all about diversity; but the conformist spirit of our age insists that we cut them from our curricula. How odd that reading Dickens would become an act of rebellion! But I don’t care. I’m reading him and a dozen other dead white males and females this coming year. I’m going counterculture in 2020.

Update December 31: My reading list and some more reasons to read old books.

Get Your Kids Out of Government Schools, Right Now, Today