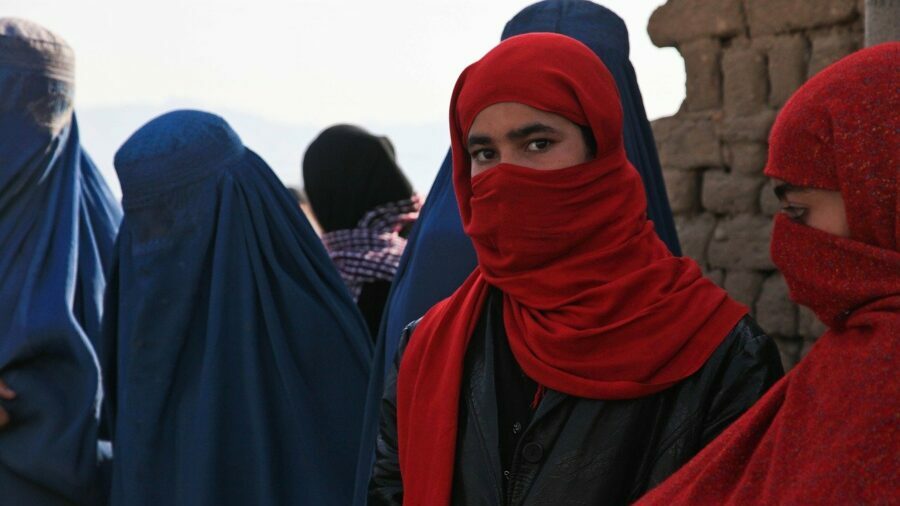 The Biden administration ignored several pleas for help from an American evacuation team in the waning days of the Afghanistan withdrawal, emails reviewed by the Daily Caller News Foundation show.

The team had contacted senior officials in the administration to help evacuate people from Afghanistan before the U.S. withdrawal, according to emails obtained by the DCNF. They were working to get Americans and vulnerable Afghans out of the country, but it was a difficult task to do alone, according to the team.

Robert Stryk, who earlier spoke with the DCNF about his frustrations with the administration before Aug. 31, said Deputy National Security Advisor Jon Finer failed to act on his team’s desperate pleas for help in getting hundreds of girls out of Afghanistan as the U.S. withdrawal deadline approached.

Stryk is the head of a Washington-based lobbying firm that was paid in 2017 by the government of Afghanistan for “US Government affairs and commercial sector advice. Executive Branch and Legislative Branch Engagement; Defense consultation; strategic advice pertaining to extremism/terrorism; and promotion of democracy and foreign direct investment.”

Stryk was emotional in an exclusive phone interview with the DCNF when he described a dire request his team made to Finer. The email was a “911” sent Aug. 28 asking Finer to help get 280 vulnerable girls to the airport. Finer had responded to an earlier message sent Aug. 16 from Stryk’s team about their efforts to get Americans and vulnerable Afghans out of Afghanistan.

“We initially reached out to the White House, myself and Former Congressman and Navy Seal Scott Taylor, and we were looking for somebody to help so we had reached out to Jake Sullivan, Finer. I literally called the White House and I was on hold with the switchboard,” Stryk said. “And we finally made contact with Finer, and, at the end of the day, Finer did absolutely nothing for us.”

He continued, “And then when it was really really needed, when our girls were at the Taliban checkpoint in Kabul, we sent a 911 email to Finer asking him for help and guidance and we were looking for anything, but we never received anything from the White House, none of our emails, our calls, text messages, ever resulted in any response back that would help anything.”

Finer had responded a few times, but his messages were “conciliatory,” and, when the critical email was sent about the girls, Finer failed to respond, Stryk explained.

“But when it came to actually doing something for these girls, we never got anything. And when it was getting critical… we emailed Finer and he never responded to us, we never heard anything back from him,” he said.

The girls never made it out of Afghanistan, according to Stryk.

The Task Force Never Followed Up

A National Security Council (NSC) spokesperson told the DCNF that the White House and NSC “received hundreds if not thousands of requests for assistance evacuating American citizen and our Afghan allies, and we ensured they were all routed to the appropriate task forces for action.” The spokesperson also said that Finer received the messages from Stryk’s team and shared them with the State Department task force responsible for handling such requests.

A State Department spokesperson told the DCNF that the Department remains committed to evacuating Americans and allowing “safe passage” for Afghan allies or other foreign nationals. The spokesperson said the department “cannot comment on specific cases regarding U.S. citizens,” though the girls in Stryk’s request weren’t U.S. citizens.

“As we have said many times, it is this Department’s and the Secretary’s top priority to continue to evacuate any American who wishes to leave Afghanistan,” the State Department spokesperson told the DCNF. “We continue our diplomatic efforts to ensure safe passage for them and for any Afghan partners or other foreign nationals who still want to leave Afghanistan. And as the President said, there is no deadline on the effort to ensure safe passage for those who want it.”

The spokesperson added: “Within this building, the Afghanistan task force continues to work 24/7 on evacuation efforts. Since August 14, we’ve made more than 55,000 phone calls, sent more than 33,000 emails, and this outreach continues today and will in the days and weeks ahead as long as there is a need.”

Stryk said that the U.S. government was a hindrance to the private operation in many ways, causing he and others in the private sector to largely go the operation alone. When they got word of the 280 girls, Stryk’s team did everything they could to try to get them out because they faced dangerous fates under Taliban rule, Stryk said.

“One of the big frustrations for us was we tried everything we could to work within the structure of the U.S. government so we used our connections, we used our access from State department, [Department of Defense], CIA, everywhere else and we got nothing,” he said. “In the private sector it’s really tough because we look for the U.S. government to give some kind of guidance and understanding and we decided to go at it on our own.”

Stryk said only one U.S. government official rose to the occasion to try to help the girls, Republican Wyoming Rep. Liz Cheney.

“We were contacted by the folks at the security apparatus that was running the girls because the U.S. government failed them and the congressman, myself, and Regulus global, which is a logistics company that does work with the U.S. government, put an action in place that would actually kind of get this done and along the entire time we were looking for the U.S. government to help us out, to give us kind of a roadmap, and the only person that stepped up was Congresswoman Liz Cheney,” Stryk said.

“We had called numerous members of Congress … and Liz Cheney stepped up and Liz Cheney is a rockstar,” he added. “She deserves some sort of medal or honor.”

Milley said he would work the issue and do everything in his power to help, according to someone familiar with the conversation between Cheney and Milley.

Milley’s office didn’t respond to the DCNF’s request for comment.

“Scott is truly a righteous fella and without him calling Liz, who is a badass, we would have had zero chance of getting these girls to freedom,” Stryk said. “Both of them are America’s best. In the private sector we have to do what we can, so this wasn’t a partisan effort, this wasn’t an effort of if you’re black, white, brown, Republican, Democrat, we’re citizens trying to do our best job.”

The girls were on a bus to the airport for 17 hours and they were hungry, thirsty and exhausted by the time they got close to the gate, Stryk said, describing the efforts by foreign governments to try to bring the girls to safety.

Stryk said that the British Royal Air Force had offered their planes to fly the girls to Portugal, which had offered them “safe harbor” and “full citizenship.”

Ultimately, the girls’ freedom rested in the hands of the U.S., which Stryk said controlled the gate to the airport. He said the girls were on a list that U.S. officials provided to the Taliban, which decided not to let them into the airport. The Biden administration has denied giving such lists to the Taliban, despite admitting to having to coordinate with the Taliban in some parts of its evacuations.

PSAKI: "There have been reports that we provided lists of people who want to leave Afghanistan to the Taliban. That's inaccurate. That's misreported and misconstrued." pic.twitter.com/r3V2704DLO

Taylor said that he spoke with a U.S. soldier at the gate, who said they had been negotiating with the Taliban for 3 hours.

“And I’m like, ‘what do you mean you’re negotiating with the Taliban?’ And he walked me through what the process is,” Taylor said.

“Somewhere along this two weeks of evacuation, some idiot from the United States at a very high level made the decision to not coordinate, as the White House is saying … Someone, and someone should be held accountable, made the decision to essentially be subservient and have to get permission from the Taliban to allow people to move through the gate,” Taylor said.

Taylor described how the U.S. would “negotiate with the Taliban” to get their evacuees through and said the Biden administration supplied evacuee information directly to the Taliban.

“They would basically take their manifests, print it out, drive it to the Taliban checkpoint, and negotiate with the Taliban to get people through or not,” Taylor said. “So, think about that for a second, the United States of America, and, more importantly and specifically with the girls’ bus, the Joint Chiefs of Staff General Milley had approved this. America’s Joint Chiefs of Staff knew about it, the White House knew about it, but the Taliban hadn’t given final approval.”

The girls were directed by the U.S. officials to go to other gates, which they did despite the danger and time it took, which was hours, according to Taylor.

Then, Taylor received a message that “the Taliban hasn’t given final approval,” he said. At that point, it was clear they wouldn’t get out and a security threat in the area forced the gates to close soon after.

“At the end of the day, the Taliban, which was given a list by the 82nd Airborne, decided not to allow them through,” Stryk said. “This was an unholy alliance between the United States government and the Taliban. These girls were left to fend for themselves.”

Fort Bragg (82nd Airborne) referred the DCNF to the Office of the Assistant to the Secretary of Defense’s office, which referred us to the U.S. Central Command, which didn’t respond.