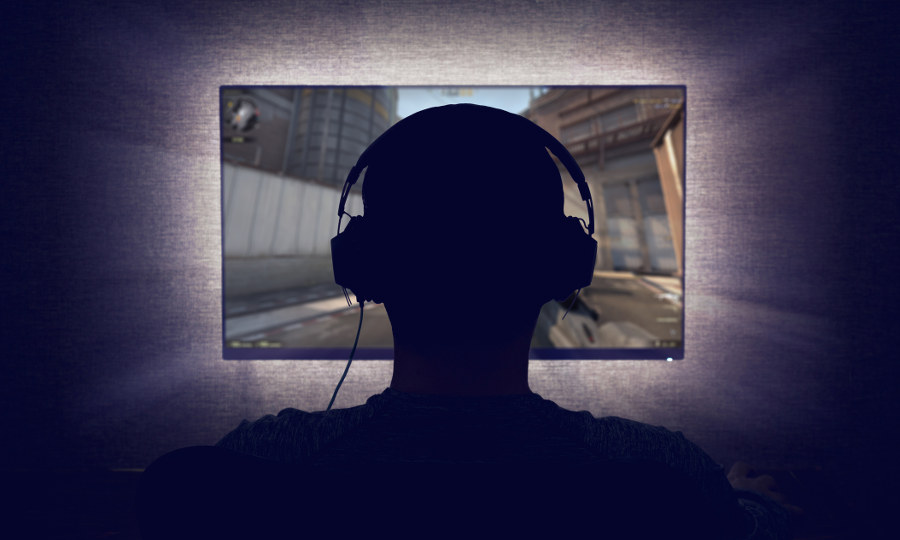 If ever there was a “man bites dog” story, here it is: A dad pulls his son from high school so that he can play video games for 8-14 hours a day. To be fair, on weekdays Jordan squeezes in 3-4 hours of online school work. That doesn’t get in the way of his rising at the crack of noon and hitting the video game console by 4:00.

Jordan is exempt from family chores. His meals are consumed alone in the gaming room: Head-set on, studying the intricacies of Fortnite, a popular multiplayer virtual reality game. Jordan recently qualified for the Fortnite World Cup, a three-day competition with some 200 of the world’s top players. They’re vying for $30 million in prize money.

But here’s the $30 million question: Is Jordan’s dad loving his son?

It turns out Jordan’s father, Dave Herzog, was an avid gamer himself, back in his day. An early adopter of eBay, Mr. Herzog made bank supplying hard-to-find video games to the public. His current business makes and sells video game-themed merchandise, like sweat shirts with Pokemon images. To date Dad has dumped over $30,000 into his son’s gaming. At 16 years of age, Jordan has already secured $60,000 in prize money.

Mr. Herzog is convinced that his son is destined for fame and fortune as an E-sports champion. Yes, there is a world of electronic sports. Not just one-on-one baseball or football, but complex video games with insanely realistic graphics and many players in the same contest, all before a live audience. There are leagues, with big money available for the top players.

So what about school? “My son learns more from video games than people learn from books,” Dave boasted to Jordan’s former teachers. Just think how much money Jordan stood to make, he reminded them, when they expressed concern.

Jordan’s goal? “I kind of just want to make enough money to not have to work for most of my life,” he says.

The impression Jordan and his father give is that school and work are necessary evils. Each is to be endured only to the extent required. The real purpose in life is to earn as much money as possible with as little effort as possible. Since Jordan has his own path to earning, high school can be minimized. As the prize money rolls in, work can be minimized.

But the real benefits of the high school years are the expansion of the mind, the development of mental muscles that come through academic development. Numeracy, literacy, historical awareness, an appreciation for the natural world — these things enrich our lives in ways that can’t be quantified. We develop the brains we’re given to facilitate our worship of the God of all truth, goodness, and beauty and to fuel lives of fruitful service. To lack a good education is to be impoverished.

Jordan is also socially impoverished. He has a slew of gaming friends, but he’s never met them. (Mom was pleased when a gaming friend from Texas recently came to stay with Jordan and his father ahead of the big tournament. Jordan’s mom and dad are divorced. His dad is remarried.) Jordan’s never worked a summer job. He’s never been to a high school dance. He’s never driven the Maserati with a vanity plate that his father bought for him. When asked about the sacrifice, Jordan reflects, “Friends come and go … but this (gaming) could be my career and my entire future.”

Notice the connection between “career” and “entire future” — as if the two were synonyms. What if things didn’t work out? With so much invested, and so many other paths foreclosed, it’s hard to imagine the level of devastation.

There’s a defense Mr. Herzog gives for, in his words, “breeding” his son for E-sports glory. If Jordan’s all-consuming focus was on almost anything else, Dad says — piano, tennis, acting — “he’d be applauded for pushing his son to mastery.”

Is it fair to lump these pursuits together — a sort of moral equivalence argument? I don’t think so, for at least three reasons:

I’m not encouraging parents to replace an idolatry of video games with an idolatry of musical or athletic performance. But music and sports have genuinely transferable benefits. They’re more likely to be kept at bay — though that still can require intentionality, especially on Sunday.

So encourage them to master piano, violin, basketball or swimming. Keep video games to a minimum.