No matter what media spin suggests, Marcell Felipe insists that the protests are a rejection of socialism and communism. 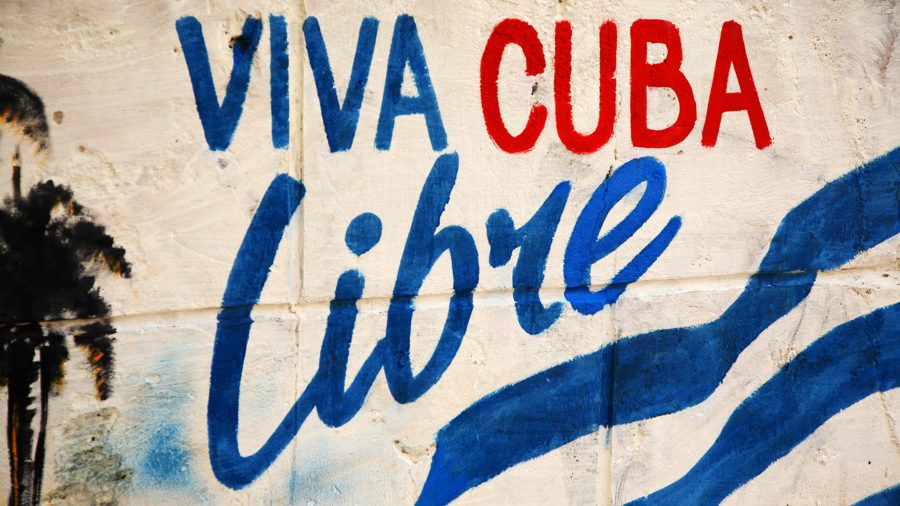 An uprising in Cuba has captured international headlines after pro-freedom demonstrations broke out late Sunday and quickly went viral. Thousands of Cubans took to the street to call for freedom and protest against the communist regime that controls the country’s population and economy with an iron fist.

“Thousands of Cubans marched on Havana’s Malecon promenade and elsewhere on the island Sunday to protest food shortages and high prices amid the coronavirus crisis, in one of the biggest anti-government demonstrations in memory,” MarketWatch reports.

The scenes, as shown below, are nothing short of stunning:

In #Cuba, thousands took to the streets to protest against the govt, chanting "Down with the dictatorship" and "We are not afraid". Long food lines and critical medicine shortages have fueled anger. Another failure of Communism to deliver.pic.twitter.com/Y21fhX1cK7

However, in the US, discussion and coverage of the protest quickly diverged among ideological and political lines. Many mainstream media outlets, government officials, and social media companies like Twitter framed the protests not as rejections of socialism and authoritarianism, but as demonstrations regarding the COVID-19 pandemic and lack of vaccine availability.

The Biden Administration is lying that the #CubaLibre movement is about vaccines and Covid-19.

To separate narrative from fact, I spoke to Cuban freedom activist Marcell Felipe, president of the Inspire America Foundation. He explained that COVID-19 is not the real focus of the protests, but rather just one of many frustrations the Cuban people have against an authoritarian government they can no longer bear.

“The regime has used the COVID pandemic to crack down on all sorts of dissent, using all sorts of excuses and to try to limit the amount of public activity,” Felipe said. But the pandemic itself is not the main focus of protestors.

“What we get directly from the ground is a direct source, not filtered through the media,” he said. “We’ve seen about a dozen videos of protests that we get sent specifically,” and “not one of them mentions COVID-19. No one is protesting COVID-19. People are asking specifically for freedom.”

Felipe said popular chants include “down with the dictatorship” and other calls for the “end of the regime.”

The uprisings in Cuba are not unexpected or only a result of the recent food and vaccine shortage. Like the protests in Hong Kong, this is the innate desire for liberty finally standing up to an authoritarian government that has tried to keep that spirit in a cage. #FreeCuba

A Rejection of Socialism

He explained that widespread shortages of food, medicine, and other crucial supplies — even toilet paper — are also factors motivating the Cuban people’s uprising. The socialist regime’s mismanagement of the economy has left millions struggling to survive, as long waits and queues for basic necessities have become commonplace. But even these grievances are part of a greater clamor for freedom. The repression Cubans are facing is the cause of the shortages in the first place.

He stressed that the economic despair may actually play into protesters’ hands: “There have been protests where the chant was ‘we have hunger, but we have no fear.’”

“The [regime] controls the means of production,” Felipe said. “The flip side to the government providing everything is that you depend on the government for everything. So they have every means of control and not just with bullets and threats, but with food. If you protest, we take away your food. And part of what we are seeing is that the government’s inability to provide even the most basic foods is now resulting in the people no longer having anything to lose.”

No matter what media spin suggests, Felipe insists that the protests are a rejection of socialism and communism. “The Cuban people have rejected socialism and the socialist regime for the longest time, both in exile, here in Miami, and directly on the islands.”

The entire affair is yet another painful reminder that “socialism never works,” as Senator Rand Paul noted. “Here’s hoping Cubans will one day get their freedom back.”