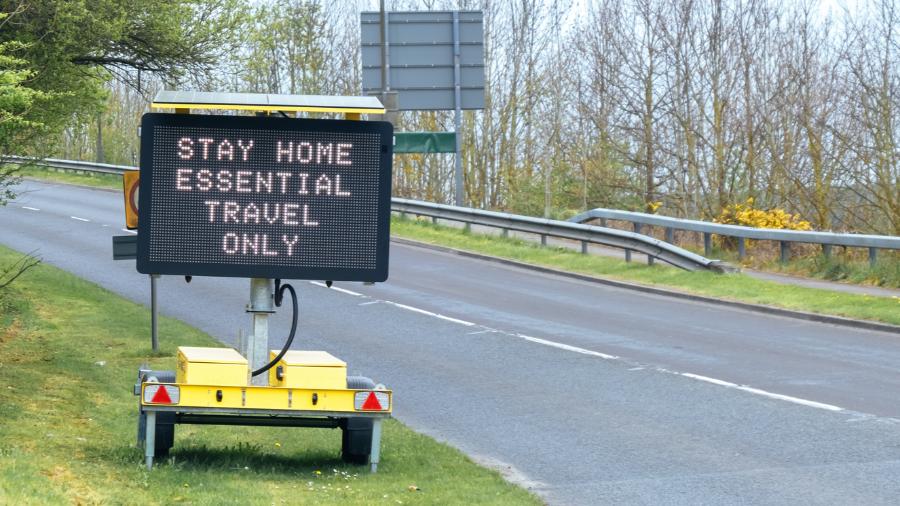 We can all appreciate that our state governments want to protect us from COVID-19. Protecting the people is a core duty of government. But it doesn’t come with unbridled power. And it is up to us, as self-governing citizens, to call out state officials who abuse this authority. As Benjamin Franklin once said, “Those who would give up essential liberty to purchase a little temporary safety deserve neither liberty nor safety.”

In my home state of Virginia, as in other states, the rules have become bizarre. While some make perfect sense, others appear to be designed to test our mettle. How far will we be pushed?

When the state’s policies infringe on our basic freedoms, courts have said they must be judged on the basis of “strict scrutiny.” By this standard, the policy must be narrowly tailored to further a “compelling” interest. In other words, it must be shaped to address the danger at hand while restricting no more freedom than necessary to do so.

Some of the current rules don’t meet this standard, and we should be asking why.

Virginia and other states are telling citizens that, with a few exceptions, they may not be outside their homes between the hours of midnight until 5 a.m. What, pray tell, does that have to do with stopping a virus? According to some, curfews help stop the pandemic by simply reducing the number of interactions between unrelated people.

I worry that this tolerance for heavy-handed government may be a symptom of an anemic American spirit.

This looks like a classic example of a rule that is overly broad. If the state’s goal is to stop the spread of the virus by limiting social gatherings, then the state should limit social gatherings. Indeed, most states are already doing so.

If the intent is to impose greater restrictions late at night so as to allow for life to be closer to normal during the day, then simply increase the limits during the wee hours. Tell me not to gather with non-family members between midnight and 5 a.m. But don’t tell me I can’t leave my house.

2. Social Gathering Limitations — With Exceptions That Swallow the Rule

Limiting the size of social gatherings does seem directly related to stopping the spread of disease. But if you’re going to make exceptions, the exceptions need to make sense.

Don’t tell couples they can’t have more than ten of their closest family and friends at their wedding reception, while allowing for hundreds of strangers convene in a sports facility for basketball and soccer tournaments.

And if a restaurant can seat 100 socially distanced diners under the rules, don’t tell them the rules are different if the diners know each other and are there for a common purpose. As long as they all behave in the same way, it makes no sense to treat the same number of people differently because they are friends.

Many states have imposed “alcohol curfews” on restaurants with bars. What does this have to do with stopping COVID-19? The best explanation we are offered is that if bars stop serving early, people will have less time to gather, and that fewer gatherings will yield fewer cases. It is also argued that the longer people are allowed to drink, the more likely they are to let down their guard and stop obeying the rules.

But again, the problem is that the restrictions are not “narrowly tailored” toward the goal of protecting public health. To narrowly tailor is to limit the restriction to the conduct that poses the risk — i.e., failure to socially distance or keep the mask on — not to restrict behavior that may lead to risky behavior down the road.

In fact, one epidemiologist asked about the cut-off time was quite open about his doubts. “It’s a half measure and maybe less than a half measure, but that’s better than no measure at all.”

When it comes to restricting Americans’ freedoms, the “half-measure” employed in a sort of throw-everything-at-the-wall-and-see-what-sticks is not a permissible approach. And yet we have, for the most part, quietly gone along with rules that encroach on our liberties without good reason. I worry that this tolerance for heavy-handed government may be a symptom of an anemic American spirit.