COVID-19 Madness and The Last Man on Earth 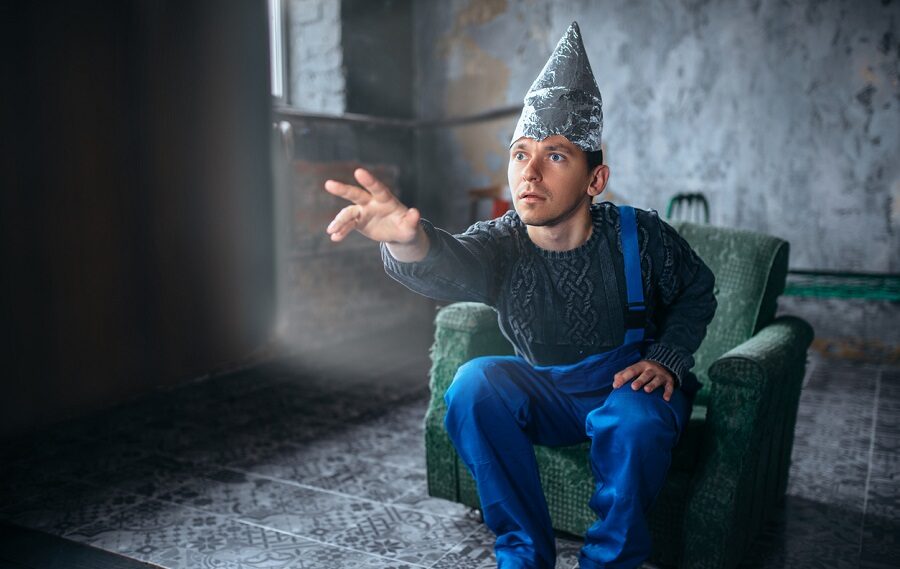 The Last Man on Earth has been restored. The low-budget 1964 science fiction and horror film is now out on Blu-ray in a sharp version with some nice extras.

This Vincent Price classic may be the most relevant dramatization of COVID pandemic life ever produced.

As some of the smarter critics have pointed out, The Last Man on Earth isn’t really about zombies and vampires, although there are plenty of those. It’s really about loneliness. It has a twist ending, which (SPOILER ALERT) I will be giving away.

An End to Human Behavior

It’s sometime in the future. A strange bacterium has swept over the world and left everyone dead except for epidemiologist Robert Morgan (Price). Morgan is immune to the virus, possibly because he was bitten by a vampire bat while in South America.

The disease causes victims to behave like zombie and vampires. Unable to stand sunlight, they emerge at night to attack Morgan, who is barricaded inside his house. Morgan spends his days exterminating the contaminated with a wooden stake. Then collecting garlic ropes to have at home to ward them off at night. Morgan is also going mad from loneliness. “Another day to live through,” he murmurs the morning. “Might as well get on with it.” Eating is no longer pleasurable, but “fuel for survival.”

A Story Told Over and Over

As the film historian Richard Harlan Smith observes in the excellent audio commentary of the new Kino Lorber Blu-ray, watching The Last Man on Earth during the COVID pandemic is incredible. With its lonely streets, empty apartment buildings, and atmosphere of isolation, the film accurately depicts a world that actually exists now, more than half a century after its production.

After three years by himself, depressed by the death of his wife and daughter, Morgan finally discovers another living human being. It’s a woman named Ruth (Franca Bettoia). Morgan isn’t sure whether Ruth is infected. He catches her injecting herself with a combination of blood and vaccine. Ruth explains that there is a subculture of people who have found a vaccine. It allows them to live normally, even if it wears off after a while. Ruth explains that her group is creating a new society to replace the one that is dying off.

There’s only one problem. In the civilization there will be no place for Morgan, a man who never took a vaccine, yet is nonetheless immune. He is neither a member of the walking dead, nor one of the “rational vampires” that can get along with recurring doses of a vaccine. Morgan has become, as the book title suggest, a legend. Some critics have argued that Vincent Price is miscast here, but I think he’s brilliant.

He Won’t Take Their Vampire Vaccine

The Last Man on Earth offers a remarkably direct analog to the COVID-phobic world of 2021. Morgan represents an old-school rationalist. He understands that while victims of the bacteria may mimic the action of vampires or zombies, their strange behavior can be explained by science, not the occult. He is also a free thinker who resists the emerging cult that demands that everyone conform to their planned new world.

Morgan is like a modern day member of Generation X, caught between the Woke hysteria of the restless young undead and the punitive liberalism of the vaccinated, vampiric baby boomers. He’s got natural immunity, so no, he will not be getting a shot.

To the zealots surrounding him on all sides, that is not acceptable. “You’re a monster to them,” Ruth says of her fellow survivors. Intent on reorganizing society, their first step is destroy anything that eludes their understanding. “The beginning of any new society is neither charming nor gentle,” Ruth says, echoing dictators from Mao to Stalin.

Even the prospect of a cure from Robert’s blood is not enough for the unthinking, rampaging mob that arrives to kill him. Their new world order has no time for explanation or rationality or science. A pro-vaccine Gestapo, they have no interest in any other point of view — even if it would save their lives. “They were afraid,” Morgan laments in the end, as both he and the cure he could have given them die in a hail of bullets. “They were afraid.”