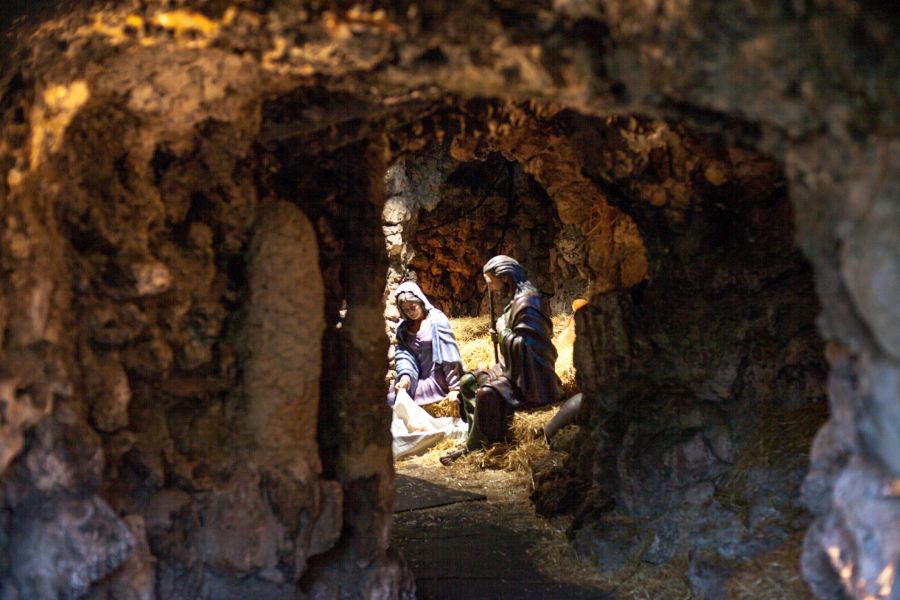 I didn’t know this was going to happen when I wrote it, but that’s exactly what a lot of folks said they experienced when they read my new book Too Good to be False: How Jesus’ Incomparable Character Reveals His Reality. In it I asked questions about Jesus you don’t hear people asking very often, which led to answers we hardly ever hear, too. The results — the answers — came out as spiritually refreshing as the questions were surprising.

Here’s one of them. Don’t worry, it leads to a great answer, even though I expect the question will surprise you as much as anything you unwrap from under the tree: Why wasn’t Jesus boring?

There’s a lot left to surprise us in Jesus.

Boring, you ask?! How could Jesus have been boring? He is God, the Second Person of the Trinity! He was Emmanuel, God with us, who lived, died, and rose again for us! Of course He was and is; I agree with that as emphatically as I can. Yet there’s mystery tucked in there anyway.

First of all, Muslims call Him a great prophet, Hindus say He’s an avatar, even some secularists want to claim “socialist Jesus” as one of their own. None of them believe in Jesus’ deity or resurrection, yet something about His story draws them in anyway.

But the mystery goes even further. Something about Jesus’ story draws people in — by the millions, even — which is very strange, because Jesus was perfect, and perfect characters in stories never do that.

Was Jesus Too Perfect?

I got an earful on this not long ago from a YouTuber who calls himself Paulogia. Jesus was a “Mary Sue,” he said. I’d never heard the term before, but as Paulogia explained, Mary Sues are way-too-good characters in stories. The term came from fan fiction, where even mediocre writing has its good and its bad, and Mary Sues make for some of the worst.

“Mary Sues are unrelatable,” he said, with derision dripping off him like slobber off a St. Bernard’s mouth in August. “Mary Sues are boring! Far, far, far from being some literary achievement, the term Mary Sue is a derogatory commentary on sloppy writing…. the most interesting characters have flaws.”

And if Jesus was perfect, he told me in no uncertain terms, He had to have been a “Mary Sue.” Boring. Unrelatable.

There Really Is Such a Thing as a Too-Perfect Character

The thing is, he was right — to a point. I’d said exactly the same thing in Too Good to be False, though without the “Mary Sue” label. Jesus is perfect from first to last. Even at His most human, in the Garden of Gethsemane, He never questions Himself or His ability to endure. During His trial and crucifixion you sense He’s the captain of all that transpires, not at all a victim. He suffers greatly, but He suffers very, very well.

Now imagine a great novel ending that way, with some fictional character at the center instead of Jesus. You know how it would have to be written. The hero would start out with some serious weakness, from which he and his people would suffer terribly. He’d seek out a mentor, or else circumstances would put him through a tough period of training. His failures, his self-doubt, his questions would dog him all the way to the end, until finally in a great triumphant moment he conquers both himself and his enemies.

That’s how great fiction does it. Now imagine a novel whose main character was just right from day one. Perfect, even. No need to grow, no need to learn, no need to develop in any way. How many people would read it? Would you? As Paulogia said, “Only the worst writers come up with characters like Jesus!”

The Exceptional Story of the Most Extraordinary Person

There’s a lot left to surprise us in Jesus. But oh, Paulogia, poor Paulogia. He didn’t see it, and I didn’t have the heart to point it out to him, either. We haven’t exactly forgotten Jesus, have we? He’s only the most widely known person in all history or literature. He doesn’t bore us, does He? Maybe Paulogia doesn’t think much of Jesus, but millions and millions worship Him, and many, many thousands have died for Him. Jesus didn’t just break the “perfect character” rule, He smashed it to tiny shards.

Skeptics say it’s mostly legend. If so, then the small, loosely connected, nameless groups of believers scattered around the Roman Empire who supposedly came up with this “legend” accomplished a feat such as no genius poet, playwright, or novelist has done. It would have had to be a true literary miracle. I’d say it’s easier to believe in Jesus’ resurrection than that.

Had you ever thought about that before — about how truly exceptional Jesus’ story is in that way? Christmas should have surprises; I hope this has been one of them. And I hope it gives you more reason to marvel over Jesus. Maybe the next time you hear the Christmas story, or read the rest of the Gospels you’ll ask yourself, “What is it that draws me to Him? He’s perfect, and in most stories that would mean He’d be boring. Instead I find myself wanting to worship Him. What is it about Him that does that so amazingly well?”

I have my ideas on that, but rather than tell you here, I’ll let you read and discover for yourself. It’s a different sort of question, and a surprising one at that, but unexpected questions can lead to unexpected discoveries. You might even find yourself falling in love with Him all over again!

(Quick footnote to the Paulogia story: He thought he was disproving my case for Jesus, when in reality his “Mary Sue” objections supported and strengthened it. That’s how far he was from understanding what he was critiquing. If you watch his video, be aware that he got his other complaints equally wrong, especially the one about the Qur’an.)