Cosmic Rays That Kill Computers Also Created Life — Isn’t There a Problem There? 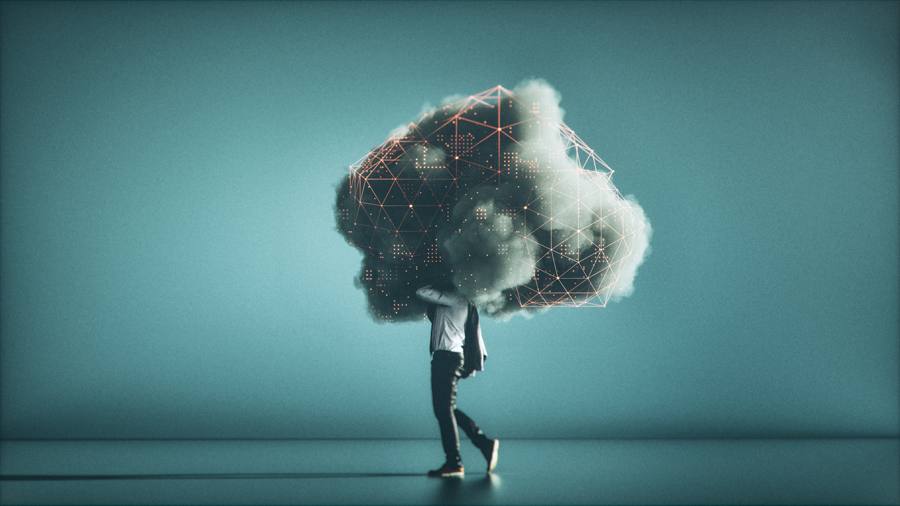 I really like the Veritasium YouTube Channel. Host Derek Muller and his team present lots of quirky science, things that make you say, “Huh? I never knew that!”

See for yourself by watching it here. Context matters, though, and here’s only one way to grasp the full weirdness of what happened: You have to watch it all the way through. I’ll still tell you about it below, but you won’t get the full effect by reading. So watch it if you can take the time. Then when it gets to 21:21, ask yourself, “What just happened?”

First, kudos again to Muller and the team. This video was full of “I never knew that!” moments. It wasn’t just remotely theoretical science, but things that might matter to me: Cosmic rays really can destroy computers. It’s rare, but it’s not unheard of. Alpha particles can literally flip nano-sized computer switches, making computers do things no one ever dreamed of programming into them.

It’s what caused a Super Mario game to take an otherwise impossible super-warp jump. Weightier than that: A cosmic ray probably gave a Belgian political candidate 4,096 extra votes in a computer-counted election. (She won anyway, after recount.)

It gets worse than that. Cosmic rays can also cause the infamous “blue screen of death.” Worse yet: They were probably responsible for a passenger aircraft taking a dangerous nosedive, not just once, but twice, injuring almost 200 passengers. Even worse, except scientists have learned to guard against it: The higher you fly, the worse the risk, so the space station has quadruple redundant computers to protect itself from these random cosmic ray events.

Cosmic Rays Helped Create All the Life on the Planet?

Could Natural Selection Be the Answer He Could Have Given?

That’s a mistaken view of natural selection, though. Natural selection is essentially the survival of whatever survives and the extinction of what doesn’t. It’s what (metaphorically) finds the winners, separates them from the losers, and conserves them into future generations.

Find and conserving are its only contributions, though. It doesn’t create whatever causes a population to survive. Something else has to create it, then natural selection can hold onto it. But there’s nothing else to create it but random variation. Like cosmic rays — if you can believe that.

It’s all very random, and (other than the video game) it’s all completely destructive. But then, at about the 21 minute mark Muller says,

“In the history of our planet, cosmic rays may have played an even larger role, flipping bits, not in electronics, but in the genetic codes of living organisms, providing some of the variation on which natural selection acts.”

He’s spent 21 minutes telling us about the random, mindless, destructive effects of cosmic rays. Now he turns around and tells us they’re also partly responsible for evolution, which means they’ve helped bring us everything from roses to redwoods, from aardvarks to zebras, from paramecia to people. Doesn’t that raise a question in your mind? It sure did for me: How???

Why Didn’t He Ask the Obvious Question?

This YouTube channel is for people who are curious about science. Who wouldn’t be curious about that? You don’t have to doubt evolution to ask the question. Simple curiosity should lead anyone to wonder, How could these great destroyers of everything digital also be great builders of life?

I could have made this an article about how unlikely naturalistic (unguided) evolution is, if it depends on forces like cosmic rays to build all the species on earth. Somehow, though, I was even more intrigued by Muller and the production team, because they blew right on by this point, as if they hadn’t even raised a question.

Maybe Muller has an answer. I have no idea. I’m just amazed that he didn’t address the question. He’d raised a question so obvious, no one could possibly miss it — yet he did. He overlooked it completely.

He could have kept it brief, saying “It looks contradictory, but it isn’t, because … .” He didn’t have to explain it all right there. He could have pointed viewers to some other source that would do that, or he could have left it with, “But we don’t have time to get into that here.” If nothing else, we’d at least know he noticed the problem he’d raised.

There Are Rules, and One of Them is, ‘You Don’t Question Evolution’

He did none of that. He kept right on going as if it were no question at all. And I think that’s probably exactly what happened. It was no question at all in his mind, because you just don’t question evolution. It’s a given. Everyone knows evolution is true. It doesn’t matter if it means you have to believe cosmic rays hate computers but they love DNA, and somehow they can tell the difference. It’s still true.

Darwinist philosopher Michael Ruse laid out the argument in magnificent detail: “Evolution is a fact, fact, FACT!” You don’t question facts, facts, FACTS! You turn a blind eye to questions. You go oblivious.

Mainstream biology operates by one rule no one can break without suffering for it: You must believe in evolution. You must believe in it all the way: not just that viruses and bacteria can evolve resistance to medicines, but that evolution, with no more guidance and no more planning than a cosmic ray carries with it onto our planet, was the cause that created the first viruses and bacteria, and everything else that lives.

Muller Didn’t Need to Notice the Problem, He Just Had to Follow the Rule

So I have to wonder if he didn’t follow through on the problem because he literally didn’t notice it. He didn’t need to notice. He just needed to follow the rule.

It’s almost the reverse of what usually happens in popular science. Science writers and producers mention evolution virtually every time they write on biology. They say, “Look at what evolution has done,” or, “Evolution brought about this amazing adaptation.” It’s another rule: If you’re talking about biology, say “evolution did it.” You need not show evidence; you need only say so. Eric H. Anderson breaks down one example in detail.

Muller mentioned evolution when he wasn’t talking about biology at all. Like the writer that Anderson analyzed in that article, though, he had no need to explain evolution. Why would anyone have to explain it when it’s fact, fact, FACT!?

Here’s another fact, though: Cosmic rays never create great digital code. They only destroy it. Anyone who thinks they also helped create life had better start asking more questions, and better questions.