Congress Is About to Take a (Tiny) Bite Out of Costly Healthcare Fraud. Why So Little?

The gains made by the bipartisan bill are dwarfed by the extent of the waste and fraud. 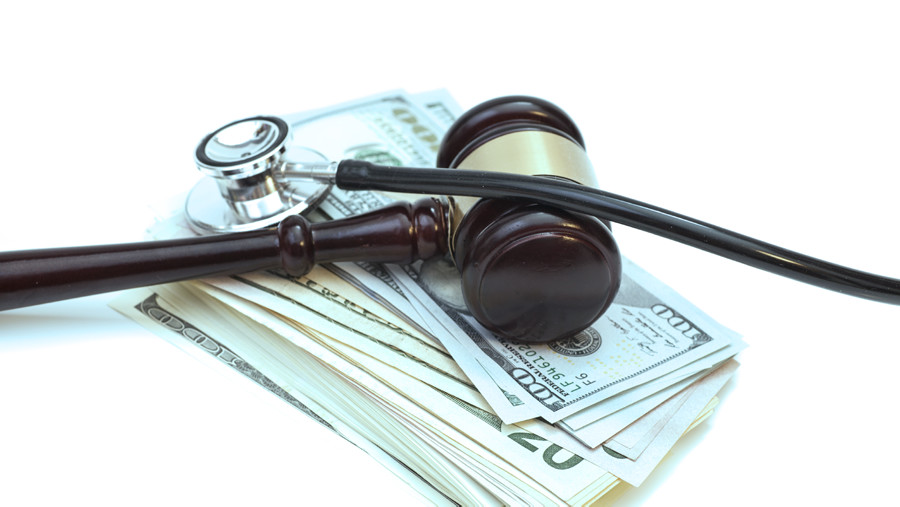 Each year, hundreds of billions of dollars are lost in the sieve that is the federal government. Whether it’s the more than $130 billion in improper payments, an estimated $98 billion in Medicare and Medicaid fraud, the blind eye turned towards the Pentagon’s irresponsible spending, or the conservative estimate of $200 billion spent on duplicated programs, the American taxpayer is being bilked by Congress’s failed oversight as much as by the thieves themselves.

One such thief, who admitted his guilt in a Brooklyn court in March, was able to swindle taxpayers out of $16 million all by himself. And that’s just one of the many examples of health care fraud reported in the latter half of March alone — in addition to two reports last month highlighting incompetence and dishonesty in the Pentagon.

For the most part, Congress has turned a blind eye to the need for more oversight across the federal government — instead relying on pithy statements, reports and hearings that provide great press but don’t solve the problem. Efforts that would enhance accountability, such as the 2012 bill by Senators Tom Coburn (R-OK) and Tom Carper (D-DE) that could have saved more than $50 billion annually, are ignored. Likewise, in 2014, a number of Senators backed a critical, bipartisan transparency bill that passed the House — but then-Senate Majority Leader Harry Reid (D-NV) refused to let the bill go through his chamber.

A Bill That Works — But Doesn’t Do Enough

One piece of legislation that proponents say is a step in the right direction is a health care transparency bill that unanimously passed the House and received the full support of the White House. H.R. 3716 — the Ensuring Removal of Terminated Providers from Medicaid and CHIP Act — aims to expand existing measures to prevent health care providers who have been terminated from any Medicaid, Medicare and CHIP program from fraudulently receiving taxpayer-funded reimbursements from another program.

How big a step? ProPublica estimated the fraud cost taxpayers $6 million (not billion) in 2012, and according to a 2015 report from the Inspector General of the department of Health and Human Services, one in eight terminated Medicaid providers were still receiving reimbursements, some more than two years after being officially kicked off the program. Reuters estimated that one in five Medicaid providers stay on the system after they were officially kicked off.

As explained by the bill’s original sponsor, Rep. Larry Bucshon (R-IN), 94 terminated Medicaid providers have received a total of $7.4 million they should not have gotten for services performed after they were terminated.

Alas, the bill would save just $2.8 million a year over the next 10 years, according to the Congressional Budget Office — a drop in the bucket of the funds wasted by the federal health care system.

The Scope of the Problem

According to Sen. James Lankford (R-OK), “every little bit you can get, you go after” when it comes to stopping fraud and improving accountability.

The freshman senator told The Stream that “if you’ve got any business program that you say you’ve got $100 billion going out the door and you’re not sure if it’s right, certainly, you would put in the process to make sure it is correct.”

In 2014 alone, Medicare, Medicaid and CHIP lost approximately $78 billion to improper payments. CHIP and Medicaid rates of improper payments were 6.5 percent and 6.7 percent, while 9.9 percent of every Medicare dollar was improperly paid.

For a point of comparison, in 2013 the federal government officially saw $105.8 billion in improper payments. However, even that number was misleadingly low, as less than two-thirds of federal spending was actually audited.

It’s not just improper payments. In a January report, the Government Accountability Office “designated Medicare and Medicaid as high-risk programs because their size, scope and complexity make them particularly vulnerable to fraud and abuse. Although there have been convictions for multimillion dollar schemes that defrauded federal health care programs, the extent of the problem is unknown as there are no reliable estimates of the magnitude of fraud within these programs or across the health care industry generally.”

In 2014, The Economist cited Dr. Donald Berwick, a former head of the Centers for Medicare and Medicaid Services, and Andrew Hackbart of the RAND Corporation to note “that fraud (and the extra rules and inspections required to fight it) added as much as $98 billion, or roughly 10%, to annual Medicare and Medicaid spending — and up to $272 billion across the entire health system.”

And all of this pales next to the $200 billion or more lost to duplicated programs that Lankford and his predecessor, Senator Tom Coburn, note exists across the entire federal government.

For many politicians in both parties, improving oversight and accountability isn’t worth pursuing. It’s not guaranteed to work, and it takes money to save money — investigations must be conducted, lawsuits filed, etc. One depressing report found that from June 2007 to February 2012, a specific effort to claw back overpayments cost at least $102 million to implement…and returned just $20 million to taxpayers.

Additionally, fraud and duplication is a contractor or federal employee’s paycheck — and nobody knows better than Congress the power of the Big Business and union lobbies.

Lankford says that even when the government tries to plug the spigot of federal health care mismanagement, its methods are ineffective. According to the senator, “They say, ‘We’ve got a $100 billion-plus going out the door that we’re not sure if it’s correct. It may be waste, so let’s just shrink the reimbursement to providers, let’s shrink it to hospitals, let’s continue to put the squeeze on rural hospitals, and we’ll just make it up in other places, rather than trying to figure out how to do this correctly, in going after the fraud.'”

“Even the fraud programs they have in place,” he continues, citing the RAC Audits of hospitals, “are a horrible process of actually managing fraud. They will have an outside contractor go in and look at the bills for a hospital, and they’ll pull a bunch of them, and say, ‘We think some of these are fraud, a certain percentage of these we pulled we think are fraudulent, so we’ll just extrapolate that on all of your payments, and a certain percentage we’ll pull back.'”

“Well, that’s not actually fraud,” Lankford stated emphatically. “They may be capturing a paperwork error, or someone didn’t sign it in the right spot. There were a whole group of paperwork that was pulled in one of our Oklahoma hospitals, and simply the doctor didn’t put the date on it. They had signed it, done everything else. So they considered it fraudulent — [but] that’s a paperwork error, so even their fraud systems are horrible [and] make the doctors and hospitals play the bad guy rather than actually going after the fraudulent systems.”

I Survived Domestic Violence. Here’s Why I’m Voting No on Violence Against Women Act.