Congress’ Laughable Lack of ‘Ethics’ is Getting a Vote This Week 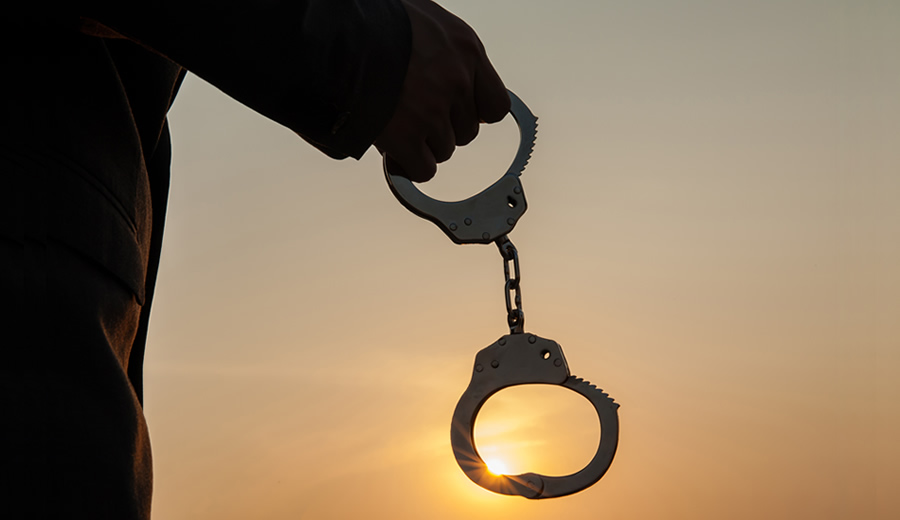 Politico reports that House Republicans are voting this week on new rules for indicted GOP House Members. The rules “would force indicted members of Congress to relinquish their committee assignments and leadership positions” if the indictment is “for a felony for which a sentence of two or more years imprisonment may be imposed.”

The rules are in response to indictments of Reps. Duncan Hunter (R-CA) and Chris Collins (R-NY). Collins and his son are accused of insider trading. Collins is also accused of securities and wire fraud, and of “lying to investigators.”

Hunter and his wife are accused of “using hundreds of thousands of campaign dollars…for expenses including family vacations and dental work.” Hunter “is also accused of filing false campaign reports and wire fraud.”

Hunter and Collins join rare company. An August article in Roll Call on Collins noted that about 25 Members of Congress have been indicted since 1980.

If found guilty, they will join just 68 Members of Congress found guilty of crimes. That’s out of 12,239 people who have been in the House or Senate.

Of course, many Members break the law without convictions. The sexual assault and death-dealing DWI antics of deceased Senator Ted Kennedy (D-MA) ended in just one misdemeanor. Former Rep. Charlie Rangel (D-NY) avoided jail despite not paying tens of thousands of dollars in taxes, among other allegations. Rep. Mark Foley (R-FL) and Senator David Vitter (R-LA) dodged punishments because of statutes of limitations on their illegal sexual pursuits.

And Senator Bob Menendez (D-NJ) saw federal charges against him dropped in early 2018. He was indicted for trading financial favors with a Medicare fraudster. He was also anonymously accused of going to underage hookers.

Of these five, only Foley resigned. The others won re-election.

Former Republican Senator Larry Craig of Idaho likewise did not resign. He finished his final Senate term. Craig pled guilty to disorderly conduct for soliciting an undercover male police officer. That’s not all. In 2016, over eight years after leaving office, Craig was ordered to pay $197,353 to the Department of the Treasury and $45,000 in a fine. He had used campaign funds for his legal defense.

A final example of a lawbreaking lawmaker is GOP Rep. Greg Gianforte of Montana. Gianforte pled guilty in 2018 to misdemeanor assault for attacking a reporter. He received 20 hours of anger management counseling and 40 hours of community service. NPR reports that Gianforte avoided six months in jail. To avoid a lawsuit by the reporter, he apologized and donated $50,000 to the Committee to Protect Journalists.

There are three things to ask here. First, why weren’t these rules in place long ago? Second, did Republicans wait to see if Hunter and Collins would lose re-election? Lastly, how impactful is this change? Committee positions for Republicans are less important since they lost the House.

Ellis raises an excellent point. Felonies are rare. Kennedy’s “leaving the scene of an accident” plea after Mary Jo Kopechne died was a misdemeanor. This proposed rule would have had zero impact on him and Craig, and it leaves Gianforte unaffected.

However, Liberty Government Affairs President Brian Darling said in an e-mail that to go further than the proposed rules “would be an overreaction to the current situation.”

“It is an odd situation when you have voters re-electing indicted members,” Darling explained. The rule is being considered because “it is likely that the leadership did not anticipate that Members would be getting indicted then fighting to stay on committees.” According to Darling, “House rules are traditionally done in a new Congress.” He said “it seems this new rule only became necessary when two indicted Members won.”

Darling noted that the new rule “will not have a great impact” but would “remove a Democratic [Party] talking point that Republicans are not fighting corruption” in their ranks.

Last year, it became public that $17 million in taxpayer money had been used for sexual harassment and discrimination settlements. Those settlements go back decades, but it took Congress until 2017 to even begin informing the public of where the money went.

It’s good that the public knows how its money is being used. It’s good that Republicans plan to hold their colleagues (somewhat) accountable. And Politico reported that House Speaker Paul Ryan (R-WI) planned to push Hunter out of his chairmanship.

But let’s be real. These are changes around the edges. The Senate hasn’t even taken up the bipartisan House bill which would change how settlements are handled. And Gianforte’s conviction was a mere misdemeanor. He won’t be affected by these rules.

Ellis and Darling are right that felony indictments of Members of Congress are rare. But shouldn’t we have higher standards for elected officials?

Then again, while Congress is unpopular as a body, individual Members are re-elected with astonishing regularity.

So maybe we’re just getting the government for which we voted.

Hollywood Made a Great Movie About a Kennedy Tragedy