We are Confusing Stewardship of the Earth With Worship of It

Our obligation to care for the earth should be in reference to the created order. Without a theological foundation, calls to preserve the earth become twisted, arbitrary and pointless. 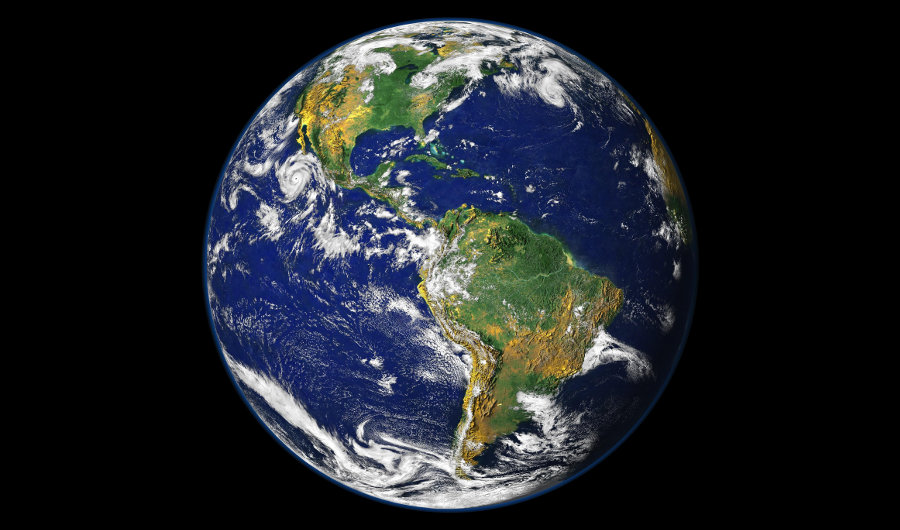 A couple weeks ago, The Guardian cited a study that claimed the best way to fight climate change is to have fewer children. Are there too many human beings on this planet and should we abstain from having children to preserve it? This is the lifeboat dilemma writ large. As we debate these questions, we should have a proper perspective on what our priorities should be either way, given the value of boats and men.

You are more valuable than grass. The difference between you and any kind of vegetation is also a qualitative difference. Even if there were endless fields of vegetation, enough to cover a planet sized rock, it would not compare to your value.

You have more value than a goat. You are more important than many goats. Even if there were enough goats to eat all the grass on a rock the size of a planet, they would not compare to your worth.

Human Beings are the Reason the Boat is Important

Now back to the boat. If there is only room for a few more people on this lifeboat, then we should not try to stock the boat with goats and grass for their own sake, and certainly not for the sake of the boat. The only purpose to have vegetation or goats on a lifeboat would be to keep people from starving.

Those wanting to diminish the number of human beings on the planet seem to be expressing the opposite sentiment. Their primary concern appears to be for the boat or the rock or the goat. They, like agent Smith in The Matrix, are identifying human beings as a virus that is infecting the planet. We need to acknowledge that we are by far the most valuable beings on earth, and it is primarily human beings that give the Earth real value.

Assuming How Things Will End

Given the understanding that human beings have this great value, some will still express the fear of putting too many on the boat to stay afloat. This kind of anxiety suggests, consciously or unconsciously, an eschatology where we are really alone in a vast ocean with no help on the way. If this is really the case, then not only the Earth, but the whole universe is sinking out of existence and there is nothing we can do about it. If God is not out there, we are without hope and will be undone regardless of what we do.

Philospher William Lane Craig affirms this predicament. He writes in his essay, “The Absurdity of Life Without God”:

Whether it comes sooner or later, the prospect of death and the threat of non-being is a terrible horror. … And the universe, too, faces a death of its own. Scientists tell us that the universe is expanding, and everything in it is growing farther and farther apart. As it does so, it grows colder and colder, and its energy is used up. Eventually all the stars will burn out and all matter will collapse into dead stars and black holes. There will be no light at all; there will be no heat; there will be no life; only the corpses of dead stars and galaxies, ever expanding into the endless darkness and the cold recesses of space—a universe in ruins. So not only is the life of each individual person doomed; the entire human race is doomed. There is no escape. There is no hope. … Suppose the universe had never existed. What ultimate difference does it make? The universe is doomed to die anyway. In the end it makes no difference whether the universe ever existed or not.

Those calling for population control seem to be gripped with this hopelessness. They are clinching their fists and gritting their teeth, refusing any more passengers on the boat because they believe our sinking is inevitable. They deny an ending of this world that is orchestrated by God Himself.

They are also denying the logical outworking of their assumptions. If we are not a part of a created order, then there is no order that we are obliged to follow. The universe will cease to exist and it will have made no difference what we tried to do in this life. There is no grounding for the claim of an obligation to preserve anything.

Stewardship Rather Than Worship

An obligation to preserve the planet only makes sense with the understanding that we are a part of a created order. This planet is God’s, and He gives us the task to be its caregivers. We are still called to be stewards of the garden God has given us. We have failed to fulfill this obligation in many respects, but without this perspective we make the earth itself our god. We are confusing stewardship with worship. We are sacrificing our children to the god of mother earth. A world with more human beings is a more valuable world.

Throughout this debate, lets keep this in mind. If you get nothing else, remember that you are more valuable than a goat eating grass on a rock.

The Radio at the Edge of the Universe

Atheist Myth: A Big Universe is a Problem for Christianity

The Population Bomb, Climate Change, and Other ‘Crises’