The Conversation Professors Had Better Get Ready to Have

Until colleges reclaim the role of governance from student radicals, things will be rough on campus. 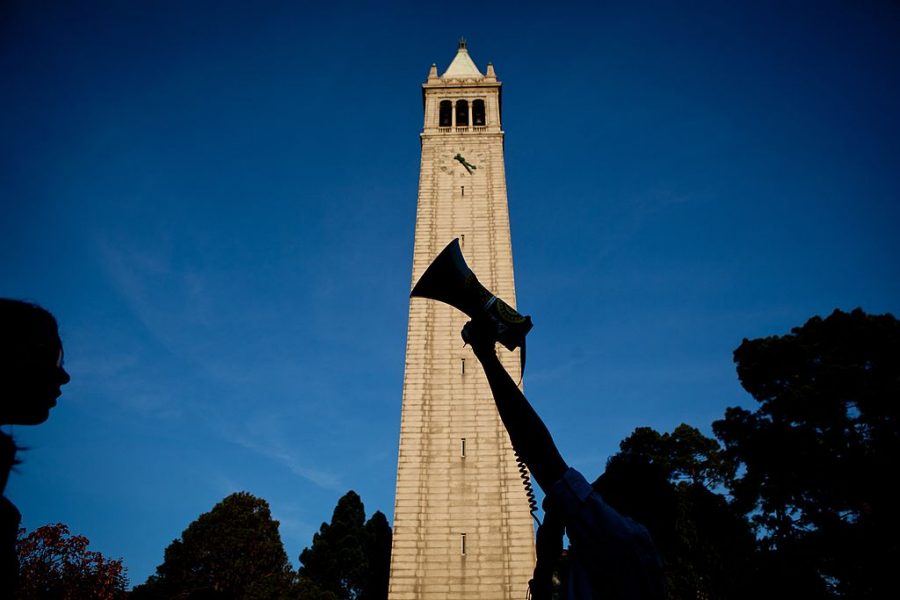 University of California, Berkeley students march through campus as part of an 'open university' strike in solidarity with the Occupy Wall Street movement November 15, 2011 in Berkeley, California.

I’ve been watching recent events regarding Professor Bret Weinstein at Evergreen State College in Washington with a mixture of interest and horror. If you haven’t heard his story, Weinstein is a biology professor who objected to a planned “Day of Absence,” a day in which historically minority students did not come to school.

This year white students and professors were asked not to come to class. Dr. Weinstein had no problem with the original version of the event, but he didn’t think white students should feel obligated to miss classes. He sent out an email to faculty members expressing his opinion. That’s when the trouble began.

News of his letter reached student activists. They confronted him in class, calling for his resignation, threatening violence and forcing him to move his classes off campus for his safety. He’s been told that the campus police are to stand down and cannot protect him. It’s a nightmare.

Conservative or Progressive, No Professor is Safe

Dr. Weinstein is by all accounts a progressive. He made no grand public protest. He didn’t try to raise a big public controversy. He just sent an internal email to faculty. And now his job is in jeopardy.

We should be very clear about this. It’s hard to see the students simply relent at this point. The university president, George Bridges, has shown no courage in dealing with them. He wrote a letter in which he gave in to most of their demands. Now there’s blood in the water, and the students are hungry sharks.

Professors need to have a serious talk with their families: What do we do when the activists come after us?

In the long run, things could work out for Dr. Weinstein as they did for Professor Mike Adams at the University of North Carolina, Wilmington. Adams won a lawsuit protecting him from the university’s attempt to deny him tenure. However, we have also the cases of Robert O. Lopez at Cal State Northridge and Paul Griffiths at Duke, professors who were driven from their universities. It’s too early to know how Dr. Weinstein’s story will end, but one this is sure: It will not be a comfortable time for him.

This whole episode clarifies the need for professors to have a serious talk with our families: What do we do when the activists come after us?

Don’t be fooled. If a progressive biology professor can find himself in hot water simply for expressing his opinion that white students should not be coerced to miss class, then anybody can get into trouble with the activists. It could be you, if you’re a professor. If so, you may find that your university will support you. But as we’ve seen with Evergreen, the university might also just throw you under the bus.

Preparing for the Worst

One obvious option for professors, then, is to do what Evergreen’s president is doing: Give in. Meet the students’ demands. Then wait for more demands — which will surely be coming. Activists are never satisfied.

This puts the university in the hands of kids who have neither the life experience nor enough knowledge of history to know that silencing dissent is the first step towards oppression. Or that taking away the rights of others often results in the loss of your own rights. Or that hate crimes can be faked. Or that good intentions are not enough to make positive social changes. Or that the impulse toward creating utopias comes with all sorts of potential dysfunctions.

When faculty members capitulate to students, they should expect that the students will run the show.

I am sure my own students lack a full understanding of these realities. I don’t blame them. I was idealistic, and frankly ignorant, about how life worked in my early twenties. I said some stupid things and had some unrealistic ideas. I am glad my peers and I were never in a position to run the university I attended. When faculty members capitulate, though, they should expect (and accept) that the students will run the show.

The other option for professors is to decide where to draw a line in the sand. For Dr. Weinstein that point was when the meaning of the Day of Absence change. A professor who draws a line-in-the-sand must be ready to deal with the coming student protest. He or she must be prepared to have students shouting in his or her face, and to stand firm while being called racist, sexist, homophobic or whatever the chosen insult of the day may be. As in Weinstein’s case, professors even need to be prepared for threats of violence.

These are things professors must talk about with their families. They should also be ready to talk about other occupational options. For it may come to a place where leaving academia is the only option. Careers, family incomes and more may all be up for grabs.

These sorts of family discussions have become prudent — for conservative professors, obviously, but even for progressive ones. Like it or not, college administrators, with few exceptions, have surrendered governance of their universities when challenged by student radicals. Until they decide to do their jobs — and until we get a handle on these deteriorating conditions — things are going to continue to be rough on campus.

I’ve had this talk with my wife, and even discussed alternatives in case the worst occurs. We’ve considered all our options very carefully, so if the worst comes, we are ready to pray about our next steps.

It is a shame that we even had to have that somber conservation. But in this new academic reality, not to have done so would have been irresponsible.

What Use Are College Student Course Evaluations?