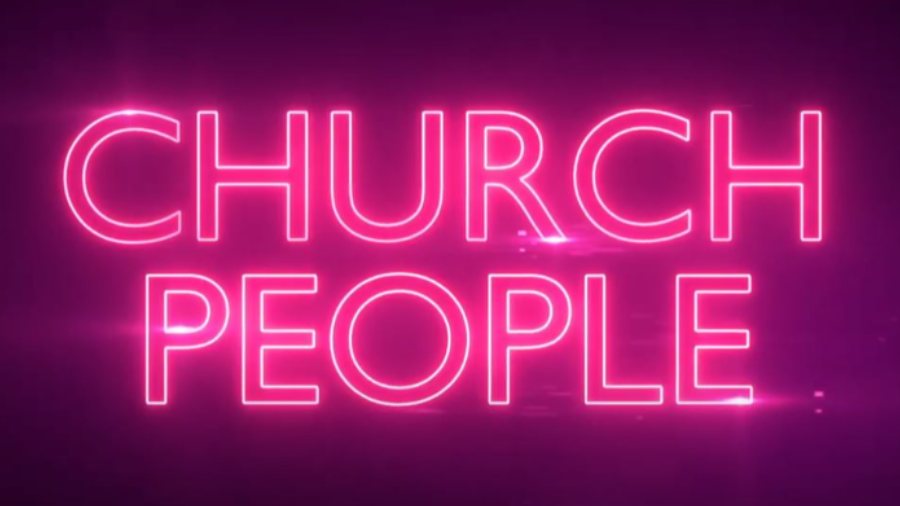 “Maybe the takeaway is that Christians can make comedy,” comedian Thor Ramsey jokingly told The Stream. His new movie, called Church People, presented by Collide Media Group and Fathom Events, will have a limited release in theaters next month.

“The message of the Gospel doesn’t need to be dressed up.” That’s the thrust of the film, which tells the story of Guy Sides (Ramsey’s character), a youth pastor at a mega church, who just wants to introduce people to the Gospel, while the senior pastor, Skip (Michael Monks) uses gimmicks to fill the seats. “There’s nothing in the film that churches haven’t actually done in real life,” Ramsey points out.

Ramsey explains that the film, set during the Easter season, is a mirror of sorts where church people can laugh at themselves. “It’s a very gentle rebuke on the idea that we have to make ourselves really appealing. And we have to do crazy things to get the world to notice us so that we can share Jesus.” In the film, Pastor Skip plans to have a real crucifixion on Good Friday.

The Best of Intentions

The cast is filled with well-known actors like Stephen Baldwin, William Baldwin, Chynna Phillips, Donald Faison and Joey Fatone. They portray the characters in a way that emphasizes their humanity. “And I think that’s the thing that unites everyone in any story,” said Ramsey.

“The characters are just, you know, they’re just sincere people who really love Jesus. They’re doing the best they can with the best of intentions and sometimes the best of our intentions go awry and you’ll see that in the movie,” he added.

Christopher Shawn Shaw, the director, and Ramsey have been working on the script for years under the working title “Youth Group.” They shot the proof of concept (POC) trailer and Shaw tweeted it to Stephen Baldwin to see if he would retweet it. “And he does more than that,” said Shaw. Stephen Baldwin tweeted Shaw to ask how he could best support the vision for the project. Not only did Stephen Baldwin get funding for the film (through MyPillow creator Mike Lindell), he also starred in the film as lovable, seemingly omniscient, church greeter Chad, a character that Stephen Baldwin created.

The message, explained Shaw, is for people who are in the church “to make sure that their focus is on Jesus and not on the show.” It’s also for people who’ve been hurt by the church. “The church is made up of flawed human beings and we need to extend grace to each other. Just because you had a whacky or bad church experience doesn’t mean all churches are like that.” Audiences can expect to see redemption and grace and forgiveness as they watch the movie.

Shaw said that there is a major lack of faith-based comedies, but there is an audience for them. “You don’t see lots of people clamoring to do [faith-based] comedies at the film festivals and stuff. It seems it’s usually hard-hitting drama. … You can actually do a lot with comedy.” He points out that Michael Jr., a well-known comedian, has said that comedy is a way to break the ice, to break down the walls around our hearts. “If you’re going to give a message that’s of poignancy, comedy is a great way to get that message in because you’re tearing down the walls.” said Shaw. “So, I think that’s what’s different about this movie. It’s funny on purpose.”

The limited release will be held on March 13-15, and churches may host ticketed showings by contacting Faith Content Network.