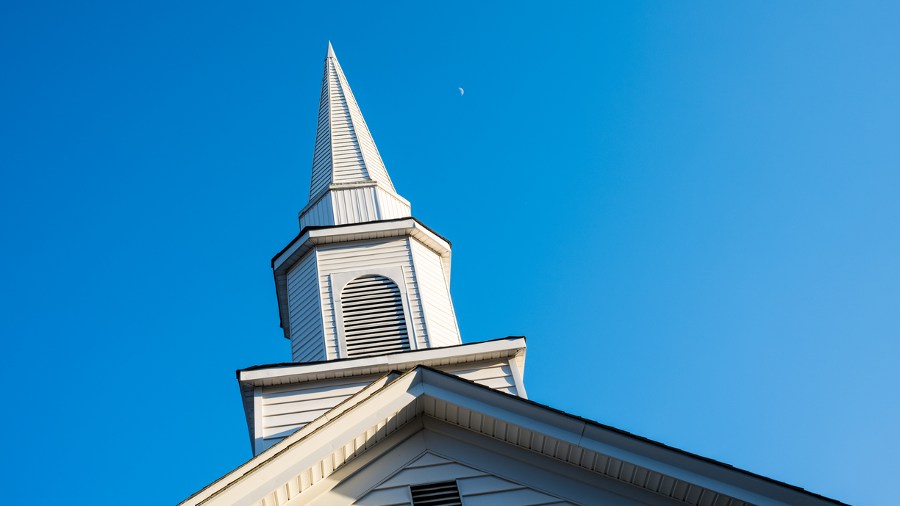 So, here you are again, surrounded by people you genuinely like and with whom you would like to share everything. But you know there’d be a steep price to pay if you told these folks exactly how you feel about how the world seems to be spinning out of control. You think it’s obvious that things are totally nuts but, then again, the very people with whom you associate week in and week out, if they knew you stood against things like critical race theory, the promotion of transgender reassignment for young children, and cancelling folks who won’t take an experimental drug labeled a “vaccine” — these very same people standing right in front of you now would immediately silence you, shun you and find a way to get rid of you.

You look around, sadly shake your head, and realize that it’s even worse when you leave church on Sunday.

Stay Away From Politics

People populating pews in many churches across America today shy away from talking about issues near and dear to them because they don’t hear anything approaching “speaking the truth in love” coming from the pulpit. There’s even a large cross-section of Evangelicals who say that Christians should not be involved in politics, so they avoid it at all cost in church. Too divisive.

I was a member of a church years ago where the pastors pounded home the message that they were building and planting churches to influence the culture with the Gospel, an influence extending into media, into arts and entertainment, into race relations. Individuals were told that the truth of the Gospel should penetrate every aspect of an individual believer’s life, too, how a person lived day to day, where they chose to work, who they married. Everything the Holy God looked at in a Christian’s life, we were told, belonged to Him. He made us and we are His, to “glorify Him and enjoy Him forever,” as the Westminster Catechism tells us.

Now we are being told by some in this same well-intentioned crowd that Christians need to stay out of politics because we don’t want to ruffle feathers, and thus end up spoiling our message of “Love.”

Culture is Politics, Politics is Culture

The late Andrew Breitbart once suggested that “politics was downstream from culture.” In other words, if you want to change politics, you need to change the culture. That may have been true when the words were first uttered, and perhaps even for many years thereafter, but today culture is politics, and politics is culture. The two have morphed into one. If you’re not woke (that wretched stepchild of political correctness) you are informed that you must not have any political power whatsoever. Period.

So, churches that say, “stay out of politics and be good little Christian boys and girls” somehow still believe they’re going into all the world to preach the Gospel. But, as Sir Thomas Moore pointed out, “Silence gives consent” — if you don’t say anything about the horrific trends of the day, you’re silently giving your approval.

We are being told by some in a good-intentioned crowd that Christians need to stay out of politics because we don’t want to ruffle feathers and end up spoiling our message of “Love.”

And then there’s the time-tested quote from the late 1800’s from philosopher John Stuart Mill:

Let not any one pacify his conscience by the delusion that he can do no harm if he takes no part, and forms no opinion. Bad men need nothing more to compass their ends, than that good men should look on and do nothing. He is not a good man who, without a protest, allows wrong to be committed in his name, and with the means which he helps to supply, because he will not trouble himself to use his mind on the subject.

Evil people use their influence to fundamentally transform this country; why wouldn’t good people get involved to stop them?

God is in Charge

It is truly odd that any Christian, let alone any one in leadership, would miss one of the obvious points of all of Scripture, both Old and New Testament: God is ultimately in charge. And God is Good. He truly wants what’s best for every one of his creation. As Christians, we believe God’s superior best is his son, Jesus, “who, for the joy set before him, endured the cross, scorning its shame.” As St. Paul later wrote, “It is for freedom that Christ has set us free.”

Put another way, this is God’s world, we just live in it. How do we know? Genesis chapter 1, verse 1: “In the beginning, God…” Everything that follows comes from what he created.

And whether we believe in God or not, at the end of the day, that doesn’t matter because God believes in us. He sent his son to die and make a way back to his glorious intention for life, life in the here-and-now, as well as the sweet by-and-by.

The ‘Affairs of the City’

Christians say they believe all this, but some are also saying that we shouldn’t pursue God in certain areas such as politics, a word which interestingly enough come from a Greek word meaning, “affairs of the city.”

Shouldn’t a church that wants to influence all kinds of people (“Go into all the world…”) desire to be involved in the “affairs of the city”? Didn’t St. Paul debate and reason at Mars Hill (in Acts 17)? And didn’t he do it boldly and without fear, even without fear of beatings and imprisonment, which he faced many, many times, for speaking basic truth?

Are We Church Mice or Church Men?

Is it possible that modern day Christians are more like church mice than church men? Is that what the Church has become? Instead of leading the charge, is the Church hiding under the pews?

Whatever happened to the encouragement from Paul’s second letter to the young convert Timothy: “God has not given us a spirit of fear, but of power, of love and of sound mind.”

In that verse alone we learn that we should be bold because we believe in the power of God (not in our own awkward, inadequate, sniffling weakness); that how we speak and confront should be done out of God-based love, sacrificial even, with a desire to make a change for the good, and with a mind that thinks with the wisdom of God, not chasing after or conferring with the “wisdom of the age,” which today is thoughtless and foolish.

Elsewhere we are instructed, “do not conform any longer to the pattern of this world, but be transformed by the renewing of your mind.” (Romans 12:2) So, if pastors in particular truly believe that the Bible is the inerrant word of God, what need do they have of turning their churches into Woke Jesus churches? The church I went to used to preach “Jesus plus Nothing” — in other words, Jesus was the way, the truth and the life. Everything necessary for life and godliness was found in him and the book about him. Now we’ve entered a world-influenced Church of, “heaven knows, anything goes.”

The good news is that there truly are many, and a growing number of pastors and spiritual influencers on the front lines leading the charge against America’s destruction. Just a few examples include: At one end of the country, Jack Hibbs at Calvary Chapel in Chino Hills, California; at the other end of the country, Rabbi Jonathan Cahn at Beth Israel in Wayne, New Jersey; and everywhere in between, Evangelist Sean Feucht with Let Us Worship and Hold the Line.

There’s an encouraging side to this: We have a unique brand of politics in this country. It was established to form “a more perfect union.” It was constructed by men who were overwhelmingly Christian or influenced by Christianity. They did not avoid “being political.” Although they did not form a “Christian nation,” they declared right from the founding that “We the People” were in charge of the new government. That meant all people, not just Christians, but the Founders certainly included in the “all people” Christians who had a say in politics, as well.

Is it possible that modern day Christians are more like church mice than church men? Is that what the Church has become? Instead of leading the charge the Church is hiding under the pews?

In the mid-1700’s, Preacher George Whitefield prepared the disjointed pre-Revolutionary Colonists throughout all the states with sermons that would make them ready and united to secure freedom from the bonds of Great Britain. Whitefield was the Bible-thumper who led the way to American freedom, just like a future Bible-thumper, William Wilberforce, would lead African slaves to freedom in Great Britain and elsewhere. Both were strong Christians, one a preacher, one a politician, who “for the joy set before them” completed the work God gave them to do.

Be Courageous: Engage in Politics

Now it’s up to Christians today here in America.

Remember the encouragement found in the first chapter of the Book of Joshua: “Be strong and courageous. Do not be afraid; do not be discouraged, for the Lord your God will be with you wherever you go.”

Engage in politics, the affairs of the city.

At the end of the day, the battle belongs to the God who loves us. And we who believe in this loving God must be engaged in the battle in any and every way we can, so “that this nation, under God,” as President Lincoln said at Gettysburg, “shall have a new birth of freedom — and that government of the people, by the people, for the people, shall not perish from the earth.”

This piece originally appeared at American Greatness under the title “Church of Cowards.” It is republished by permission.