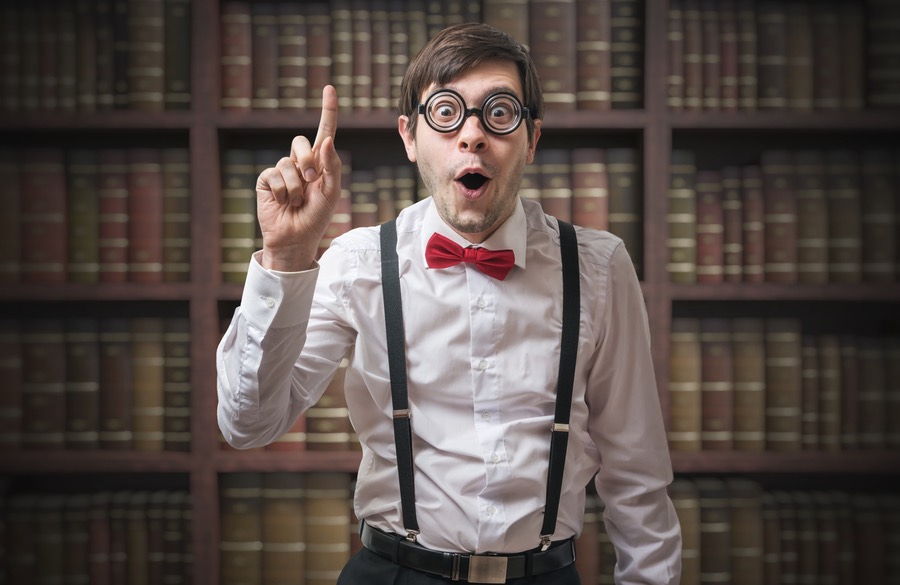 Over and over again, skeptics keep showing their unwillingness to think about the possibility that someone has thought about a question before. Guy Montag wrote this “gotcha” today in a comment on another Stream article. He was responding to another commenter’s statement that the Bible has no contradictions.

How many sons does Yahweh have?

Genesis 6:2-4 That the sons of God saw the daughters of men that they were fair; and they took them wives of all which they chose.

Job 1:6 Now there was a day when the sons of God came to present themselves before the LORD, and Satan came also among them.

I have two responses. The first answers Montag’s question, just to get that part out of the way. The second is the one that really counts: It’s where I ask him and his fellow internet skeptics to think a lot harder.

1. These Are Not Contradictions

First, these are contradictions only if the term “son” means the same thing in each occurrence. The way one determines this is by examining the context. John 3:18 has to be taken in view of the entire New Testament, and on that view it clearly means the Second Person of the Trinity.

The Job passage has to do with idiomatic uses of “son of God” in the Old Testament era, and refers to angels. It does not mean the Second Person of the Trinity.

The Genesis passage is controversial. Some think it refers to angels, in which case it’s consistent with the Job passage. Some offer other possible meanings. It’s a very old reference to a very old occurrence we do not fully understand. It’s impossible to say the term refers to anything clearly enough to contradict anything else.

The Luke passage simply means that God specially created Adam in a way that no one else was created.

These are not contradictions. This is not difficult. (By the way, there are some interesting apparent contradictions in the Bible. They’re resolvable, but at least they’re interesting, unlike those that Montag “challenged” us with.)

2. Some Skeptics Sure Have a Strange View of Christian History

Second, I want to appeal to Montag and other skeptics: For your own sake, realize what you’re doing when you post “gotchas” like this on the internet. This is what you’re communicating:

Here’s an obvious error in the Bible. Anyone can see it. Anyone should be able to see, just from this instance alone, how messed up the Bible is. Christians keep believing it anyway. Apparently they’re all mindless.

It’s not what a smart person would do.

Here’s an apparent error in the Bible. I wonder why Christians haven’t seen it that way. They’ve had 2,000 years to study it. Some of the brightest minds of all time have applied themselves to the study of Scripture. Someone in those 2,000 years must have been smart enough to answer this question. I wonder what answers they have?

It’s as if you think all Christians across all the centuries have been too stupid to see the obvious. I don’t know how else to interpret your challenge. It comes across as an open charge of universal Christian rank stupidity.

Which is something only an ignorant person would think. Early European science was exclusively a Christians’ affair, and later science has been heavily populated by Christians. Philosophy was largely a believers’ business, too, until the French Enlightenment (though not the British); and Christians still have an important presence in philosophy. Believers created or developed European art, literature, music and architecture.

No one is going to floor us today with some new “gotcha.” Believers have already spent centuries trying it on each other!

More to the point, the intellectual history of Christianity is absolutely filled with debate, dispute and rational questioning over the meaning of Scripture and of life in the world. Thousands of Christians have hotly debated every question a skeptic might ask. No one is going to floor us today with some new “gotcha.” Believers have already spent centuries trying it on each other!

No one who genuinely knows history could think Christians have failed to think through these “challenges.” No one could think it was that simple.

An Appeal to Skeptics and to Believers

So here’s my appeal to internet atheists and skeptics: Try not to embarrass yourself this way. Please. For your own sake.

Find contradictions in the Bible all you want, but assume Christians have seen the problems and have a good answer for them. Because we have and we do — and you’d know that, if you knew your history. You still want to try to knock down Christianity after that? Go after our real beliefs. Ask us about something worth asking about. Then we’ll be glad to talk.

And here’s my appeal to fellow believers: Don’t play the game by their rules. Challenge them with the question we should never let them escape: “Do you really think this generation is the first one to pose that kind of question? Do you know so little intellectual history? Is your view of Christians that ignorant — or that inhuman? Go do some basic homework, before you blindly accuse us of not doing ours.”

Tom Gilson is a senior editor with The Stream, and the author of A Christian Mind: Thoughts on Life and Truth in Jesus Christ. Follow him on Twitter: @TomGilsonAuthor. Follow the Stream at @StreamDotOrg.

The Other Revival the Church Desperately Needs