Was Christianity Once Pro-Choice? 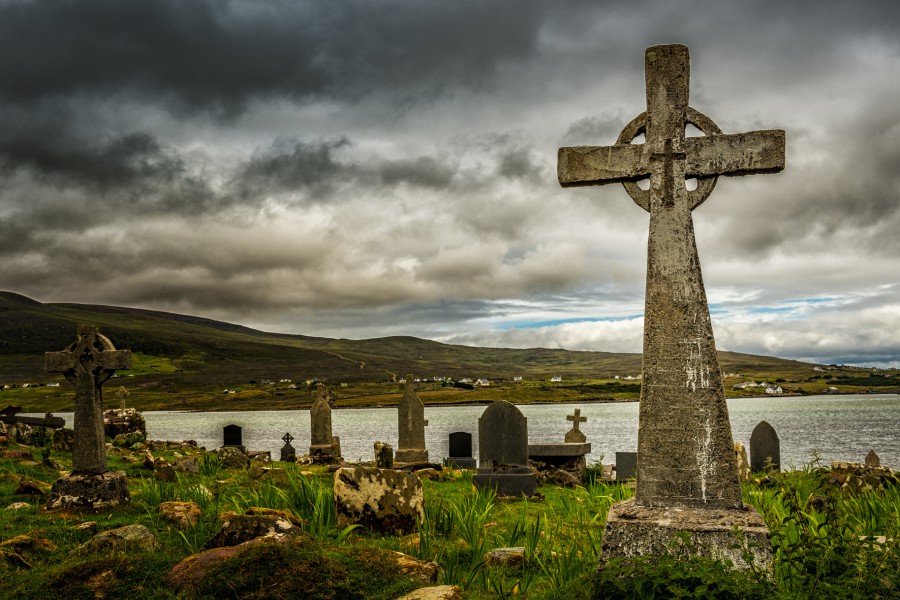 “Saints once did abortions — it was a lesser sin than oral sex.” Religion professor Maeve Callan made this argument to refute the idea that “you can’t be Catholic and pro-choice.”

The Irish Times published Callan’s article in April of 2018. One month later, the Republic of Ireland held a referendum on its abortion ban. Despite a fierce campaign by Ireland’s Catholic bishops, the pro-choice side won. They received over 66 percent of the vote.

Based on the headline, Callan’s article might seem like pure historical trivia. But questions about how Christians in past centuries viewed abortion still affect us today.

Even if you’re not Catholic, these questions matter. Catholics make up a large percentage of America’s anti-abortion movement. Catholic popes and bishops have consistently condemned abortion while other denominations made compromises. Pro-life Supreme Court Justices Clarence Thomas, Brett Kavanaugh, Samuel Alito, and John Roberts are all Catholics. So are activists like Live Action founder Lila Grace Rose. If Catholics can be convinced that their faith is compatible with abortion, the pro-life coalition will crumble. That’s what happened in Ireland.

Dr. Callan knows her subject. She teaches religion at Simpson College in Iowa and has written a scholarly book on medieval Ireland. She gives evidence that “Medieval Catholic Ireland included saints who performed miraculous abortions and penitentialists who presented abortion as a lesser offence than fornication.” (Penitentialists wrote books that told priests how to address different sins.) In one story, a fetus vanishes from the womb after a blessing from a saint.

Callan is not lying. We might question whether what she calls abortions are accurately called abortions, since they involved the vanishing of an unborn child, not his killing. Still, stories of pregnancies miraculously ending and penitential guides that treated abortion as a fairly minor sin both circulated in medieval Ireland. They probably existed throughout medieval Europe too.

Abortion was still a sin. The medieval Church was not close to “pro-choice” by today’s standards. It was, however, much more lenient than most modern Christians would be comfortable with. The real question, though, is whether these historical ideas should affect how Christians view abortion today.

So, did saints ever really perform abortions? There’s no reason to believe they did. As Bishop Robert Barron has said, “freaky supernatural” saintly miracles are “not the essence of the faith.” Even a Catholic could view the abortions of St. Brigid, the stigmata of St. Francis, and the levitations of St. Teresa as folktales and remain orthodox. Another professor, an expert on Irish Christianity, writes that legends about saints are “usually bad evidence for what they actually did.” You don’t have to believe these myths, and you probably shouldn’t.

Even if the abortion stories are false, though, a big question remains: Why did medieval Christians view abortion as less of a sin than today’s Christians?

Why Did They See Abortion That Way?

Thanks to Dante’s Purgatorio, it’s easy to learn what medieval Christians thought about fetal development: “[At] the moment in the fetus when the brain’s articulation is complete, [God] turns to so fine a work of nature’s art, breathing a new spirit replete with power.”

Dante believes that a fetus receives a human soul only when its brain is fully formed. He borrowed this idea from the medieval philosopher St. Thomas Aquinas, who got it from Aristotle. This theory, which was the most advanced of its time, led the Church to view early-term abortions as “less than homicide.”

It is true that many earlier texts, including the ones Callan mentions, made no distinction between early- and late-term abortions. However, these guides were written by men who had never read Aristotle. Their scientific knowledge was laughable compared to Dante’s. And his was less than ours.

The Didache, one of the first guides to Christian teaching, is clear in its view of abortion. “Thou shalt not murder a child by abortion,” the early second-century document reads. If some sixth-century Irish writers disagreed, it’s because they were bumpkins by comparison. The Didache was written at the height of the Roman Empire. Its authors would almost certainly have studied Aristotle in school. The Irish penitential guides were composed in ignorance.

The trend should be clear: At every stage, the Church was pro-life. Christians began by viewing abortion as murder. After a significant decline in scientific knowledge, some in the Church began to consider abortion as distinct from murder, though still very much a sin. Then, the Church taught that only late-term abortion was murder. Now, the Church condemns all abortions as murder. Its belief in human dignity never faltered. The motive for these changes in policy was not theological, but scientific.

In a 1981 New York Times op-ed, Catholic novelist Walker Percy made the same point: “[T]he onset of individual life is not a dogma of the Church but a fact of science. How much more convenient if we lived in the thirteenth century, when no one knew anything about microbiology and arguments about the onset of life were legitimate. … Nowadays it is not some misguided ecclesiastics who are trying to suppress an embarrassing scientific fact. It is the secular juridical-journalistic establishment.”

People often complain that Christianity is anti-science, but Callan is the one rejecting modern discoveries. Instead, she urges Irish Catholics to return to the theories of the sixth century. If she wants to convince the Church to base its teachings on outdated scientific theories, she should at least be consistent. Should the Church also accept that the sun revolves around the earth? That horsehairs turn into worms? That heavy and light objects fall at different rates? That men have more teeth than women?

Or does Callan only trust science when it’s politically convenient?

Grayson Quay is a freelance writer. He has been published in The Washington Times, The National Interest, Intellectual Takeout, Reason, and The American Conservative. He is a graduate of Grove City College and former high school teacher, and holds a masters in English from Georgetown University.