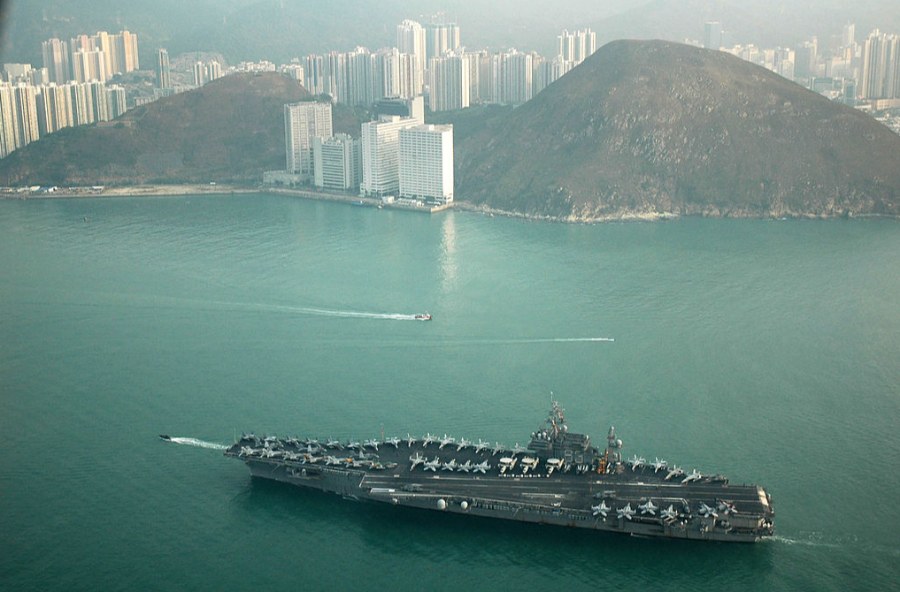 The two bills Trump signed Nov. 27 come amid a continuation of public clashes in Hong Kong that began over an extradition bill. China previously warned it would retaliate if the legislation became law and also put sanctions against various U.S. human rights groups following the signing, BBC reported.

“We urge the U.S. to correct the mistakes and stop interfering in our internal affairs,” China’s ministry spokeswoman Hua Chunying said, according to BBC. “China will take further steps if necessary to uphold Hong Kong’s stability and prosperity and China’s sovereignty.”

Multiple U.S. Navy ships typically visit Hong Kong every year but have faced suspensions when the countries are at odds. The last American Navy ship to visit was in April, although two ships requested visits in August and China rejected them for unspecified reasons, BBC reported.

The foreign ministry stopped reviewing applications from U.S. military ships to visit Hong Kong Monday and will continue taking other counter-measures, it said.

Groups facing sanctions include Human Rights Watch, Freedom House, the International Republican Institute and more. Hua said the groups are partially responsible “for the chaos in Hong Kong,” but did not elaborate on what, specifically, China would do.

“They shoulder some responsibility for the chaos in Hong Kong and they should be sanctioned and pay the price,” Hua said.

The bills signed in November include the Hong Kong Human Rights and Democracy Act, introduced by Republican Florida Sen. Marco Rubio. It aims to pressure Hong Kong and China’s leaders in various ways over its actions in recent months, such as performing an annual assessment on whether it is autonomous enough to continue getting special status benefits.

The second bill Trump signed bans exporting items such as tear gas and rubber bullets to Hong Kong police, which are often used to control crowds.

Protesters in Hong Kong gathered on Nov. 28 to show their appreciation for Trump signing the bill. They waved American flags and held up a picture that the president tweeted where his head was photoshopped onto fictional boxer Rocky Balboa’s body.

Despite the celebration in Hong Kong, China warned that it would be taking “firm counter-measures” as a result of the bills being signed.