One’s personal character should be a lifelong investment. 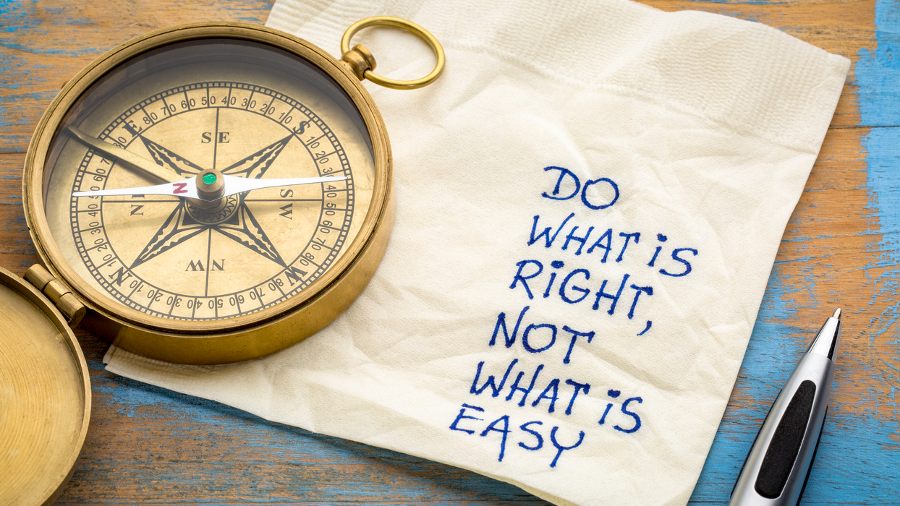 When a politician offers you something at other people’s expense, remember these words of the poet John Dryden: “Better to shun the bait than struggle in the snare.”

Dryden’s admonition would have saved us a lot of trouble if we had applied its insight consistently to our economic and political thinking. The failure to do so has produced one disaster after another. This, I believe, is a character issue. Just as Christmas is a core spiritual foundation of Christianity, so too should personal character be a core foundation of our lives — and one we should champion on more days than just December 25.

The Struggle in the Snare

Strong character, as I pointed out in my short book, Are We Good Enough for Liberty?, is composed of many elements: honesty, patience, humility, gratitude, responsibility, courage, optimism, respect for life and property, and more. Surely, strong character includes personal independence — resisting temptations to sell your soul, your votes, and your future to demagogues promising handouts.

When U.S. President Lyndon Johnson inaugurated “Great Society” entitlement programs in the 1960s, wiser men and women warned that such programs would empower bureaucracies, waste vast sums of money, create generations of dependency and bankrupt the Treasury. Unfortunately, Americans took the bait and now we struggle in the snare.

Hugo Chavez promised Venezuelans a socialist paradise. People bought it, without pausing to realize that evil methods rarely result in good ends. Venezuelans now struggle in the snare. It’s always more difficult to get out of it than to avoid it in the first place.

This is proof of the value of core principles that are rooted in what’s right, not necessarily what’s popular at the moment. If you don’t have core principles, or if you toss them because you can’t take the heat, you may pay an awful price down the road. My advice? Do the right thing now or you will inevitably regret your failure later. How many times does this have to be stated before its wisdom sinks in?

Accordingly, one’s personal character should be a lifelong investment. Like savings in a bank account, a reservoir of character comes in handy when challenging moments arise.

It’s never too soon for anybody to focus on character-building. In the long run, it’s what you’ll be most remembered for. It will determine how others, including loved ones, truly regard you. Whether you leave the world a better place because you were in it depends ultimately upon the character you chose to build. Choose to make this a priority now, and you will not regret it later.

A people who allow their character to erode will suffer dire political, economic and social consequences. They will support destructive policies for no more good reason than ephemeral benefits or a perverse satisfaction that derives from envy, pride, anger, greed and other deadly sins.

Economist Thomas Sowell, author of Basic Economics and many other best-selling works, illustrated just how current this issue still is when he noted thusly:

A recent poll showed that nearly half the American public believes that the government should redistribute wealth. That so many people are so willing to blithely put such an enormous, dangerous and arbitrary power in the hands of politicians — risking their own freedom, in hopes of getting what someone else has — is a painful sign of how far many citizens and voters fall short of what is needed to preserve a democratic republic.

Character Makes All the Difference

We should ponder the question, “If it is morally wrong, how can it be made politically right?” We should ponder it on Christmas Day and all the other days of the year too. Civilization depends on it; barbarism is the consequence of ignoring it.

There are many persons ready to do what is right because in their hearts they know it is right. But they hesitate, waiting for the other fellow to make the first move — and he, in turn, waits for you.

Knowing what the right thing is and possessing the mettle to do it are two distinct traits. They aren’t always present within the same person. A person’s character is what makes all the difference.

If you don’t know what the right thing is, you lack knowledge that a book or a lecture may provide. If you know what the right thing is but can’t bring yourself to do it, then you’ve got a character problem that only a personal change of heart can fix. A little courage would help. People everywhere must decide if they want to be free, responsible, and independent on the one hand or handicapped on the other with costly promises of politicians that put us on a path to dependence and bankruptcy.

In the end, Dryden’s advice is a call to character, don’t you think?

Reprinted from FEE.org under a CC BY 4.0 license.

10 Simple Steps to a Significant Life