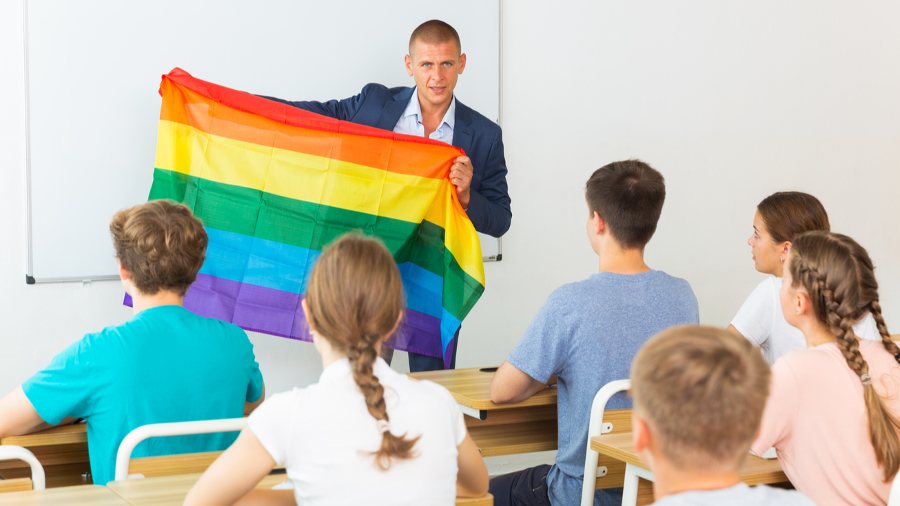 Two teachers in a California school district are accused of coaching a student into coming out as transgender behind the backs of the student’s parents, according to video footage circulating on social media.

School staff reportedly changed the student’s name and pronouns and also called Child Protective Services (CPS) when the parents objected to the transition, according to a twitter thread by LibsofTikTok posted early Thursday morning, which included video of the parents addressing the school board of the Spreckels Union School District on Wednesday.

THREAD: 2 teachers at a California school reportedly coached a 12 year old into a trans identity behind her parents back. The school also changed her name and pronouns without informing the parents.

This was the mom’s speech tonight: pic.twitter.com/xNjChjeKFK

The student’s mother, identified as Jessica Konen in a video of a Dec. 15 meeting of the Spreckels Union School District’s school board posted on its YouTube page, claimed that her daughter’s indoctrination began with an LGBTQ club at Buena Vista Middle School.

Konen’s husband Gunter described the meeting with the school principal and an unidentified teacher where he learned of his daughter’s social transition, video showed. He claimed CPS was called on them due to their objections to the actions of school staff. CPS later dropped the case.

The school reportedly called the parents in for a meeting where they informed them that their daughter is trans. The teacher then proceeded to call CPS on them when they didn’t use the “correct” name and pronouns.

This is the dad’s speech tonight: pic.twitter.com/17gl3QBRrQ

During a California Teachers Association conference held in October, two teachers who taught in the Spreckels Union School District described how they recruited students and concealed the students’ activities from parents, according to recordings and documents obtained by Abigail Shrier. At least one of the teachers taught at the middle school attended by Konen’s daughter.

“District policy was to deceive parents and activist teachers ran with that to drive a wedge between parent and child in the name of trans ideology,” Erika Sanzi, director of outreach for Parents Defending Education, told the Daily Caller News Foundation.

“This is obviously an egregious case but the sad truth is that when it comes to trans policies, parents are being deceived by their children’s schools all over the country and the pain felt by the parents in this district is shared by countless parents nationwide,” Sanzi said.

A number of lawsuits have been filed across the country over school policies that parents claim have encouraged educators to carry out clandestine transitions.

“Public schools and administrators are taking it upon themselves to make these decisions without involving the parents and in fact cutting them out,” Ryan Bangert, a senior counsel and vice president of Legal Strategy for the Alliance Defending Freedom, said when asked for comment by the DCNF.

An email to Spreckels Union School District Superintendent Eric Tarallo requesting comment on the situation was not returned.