Buffalo has the most loyal fanbase in the NFL and richly deserves their first Super Bowl title. 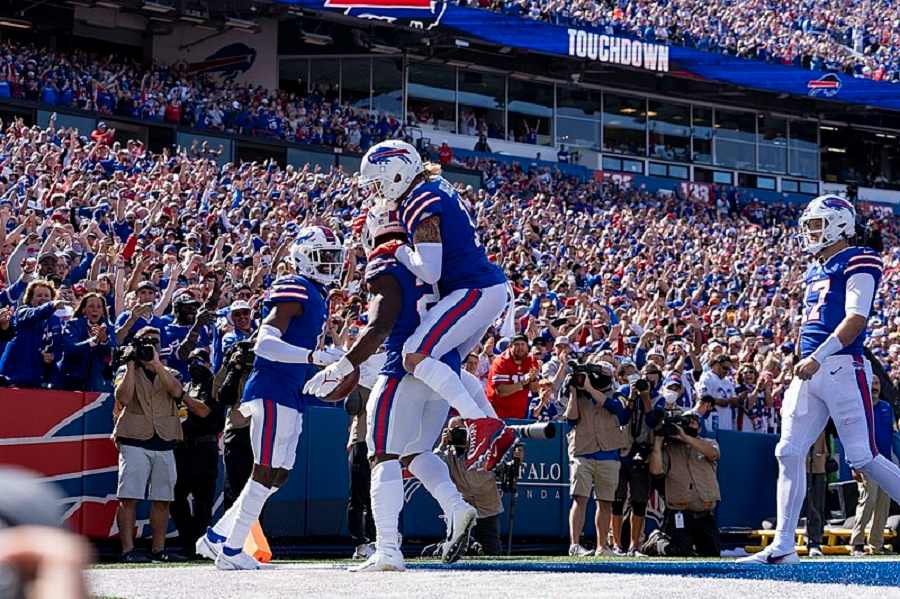 Buffalo Bills players celebrate scoring a touchdown during a game against the Washington Football Team on September 26, 2021, at Highmark Stadium in Orchard Park, New York.

After the Buffalo Bills lost Super Bowl XXV, they received an unexpected greeting upon returning home. Despite one of the most heartbreaking defeats in NFL history, 30,000 Bills fans gathered in the cold to cheer for their beloved team.

“The warmest, loudest and longest applause was saved for Scott Norwood, the Bills kicker who missed a 47-yard field-goal try at the end of the Super Bowl game with the New York Giants,” The Buffalo News reported on January 29, 1991.

During the ceremony, an emotional Norwood went on to say that he had “never felt more loved than right now.” It’s the only time I’ve heard of a professional sports team that lost a championship game still getting a parade from their home city.

Most football fans figured that the Bills, who were stacked with a roster full of future Hall of Fame players like Jim Kelly, Thurman Thomas, Andre Reed, James Lofton and Bruce Smith, would win a title in the coming years. Instead, Buffalo became the first and only NFL franchise to lose four straight Super Bowls.

I was a kid growing up in Northern Virginia when the Buffalo Bills won those four consecutive AFC titles. In fact, my beloved Washington Redskins (now Football Team and soon-to-be Admirals, Commanders or something else) were one of the teams to beat Buffalo in the Super Bowl. I remember the Bills being used as a punchline by Johnny Carson, Jay Leno and David Letterman for repeatedly losing the NFL’s biggest game, but never really thought about what it was like to experience four straight Super Bowl losses as a diehard fan.

That all changed when I met my future wife in 2001. As soon as I got to know Lisa, her family and their friends, I quickly realized that the Buffalo Bills had the most loyal, passionate fanbase in the entire league. Despite four consecutive years of heartbreak and many years of futility that followed, Bills fans continued to show up in some of the country’s harshest weather conditions to faithfully support their beloved team.

I grew up in an NFL town that experienced three Super Bowl wins during my childhood and went on to live up and down the East Coast. To this day, I have never experienced anything quite like attending a Buffalo Bills game. The tailgating festivities aren’t manufactured or sponsored; they are full of hard-working people who want to enjoy a huge party with their friends. Yes, things can sometimes get out of hand, but despite being an “outsider,” I’ve never felt anything but welcome at Highmark Stadium in Orchard Park, New York.

I will never forget attending a Buffalo Bills game against the Indianapolis Colts in early 2010. It was so cold in the parking lot that our drinks would freeze a split second after being opened. The Bills had long since been eliminated from the playoff picture, yet the stadium was almost full despite dangerously frigid weather conditions. It was the most fun I’ve ever had an NFL game. 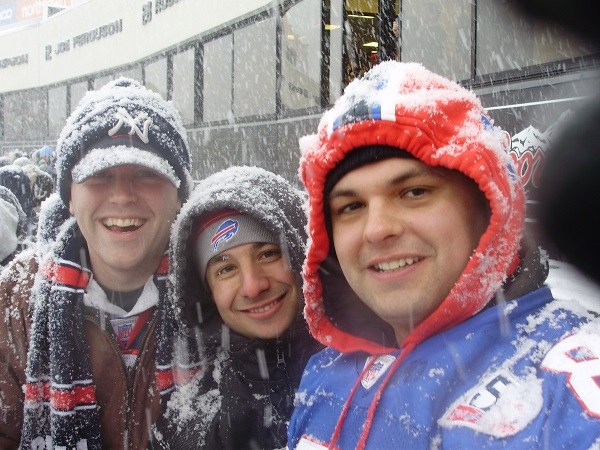 Weather conditions for this Saturday night’s home Buffalo Bills playoff game against the New England Patriots are predicted to be almost as cold as that game I attended 12 years ago. Yet I can guarantee you that Highmark Stadium will be full and rocking throughout what Bills fans hope will be their first step toward winning Super Bowl LVI in sunny Los Angeles.

Nobody will be rooting harder for the Bills than Jim Kelly, the aforementioned Hall of Fame quarterback of those four-straight AFC championship Buffalo teams. Kelly is not only Western New York’s undisputed number one sports legend, but has been on the receiving end of more prayers and love than any athlete could ever imagine. The area rallied around the Kellys after their 8-year-old son Hunter died of Krabbe disease in 2005 and again after Jim was diagnosed with oral cancer in 2013. “Kelly Tough” has become a motto not only for Kelly’s charitable efforts, but the city itself.

For Buffalo Bills fans, the loyalty and passion involved in rooting for their team is off the charts. That’s why I’m asking any NFL fan whose favorite team has been eliminated this year to consider lending your support to Buffalo during these 2021-22 NFL playoffs. No fanbase is more deserving of not just getting back to the Super Bowl, but winning one for the first time ever.

If the Bills don’t finally win it all this year, you better believe that Buffalo fans will be back and louder than ever next season. Who knows? They might even throw another parade.