Bringing the Gospel to Pakistan: A Lutheran Missionary’s Story 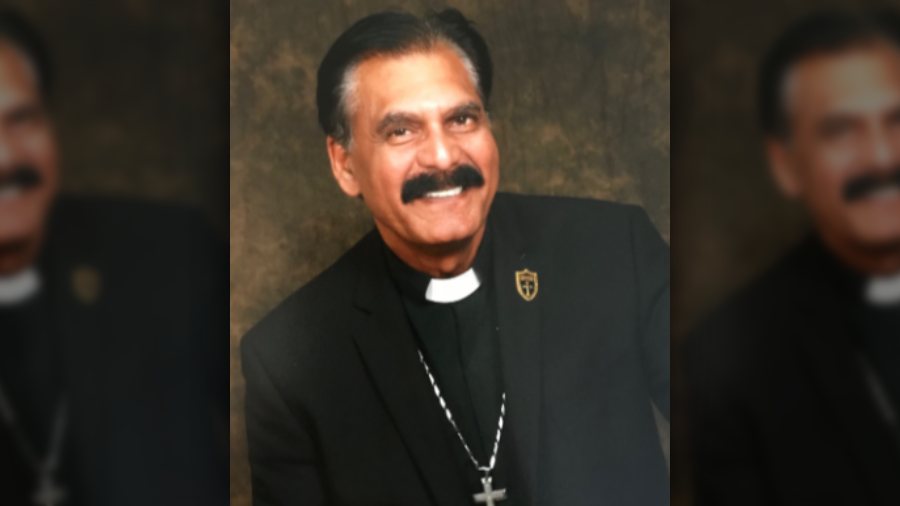 Pakistan is the world’s fifth most populous country. Its 220 million people are at least 96% Muslims. Christians number perhaps 4 million, split mostly between Catholics and Protestants. There are also very small numbers of Orthodox Christians, as well as Latter-Day Saints. Lutherans barely register on the radar screen. Nonetheless, a dedicated Lutheran pastor-in-training, Vicar Jay Doss, is trying to change that.

Vicar Jay and I served together on a group working on outreach to Muslims in the Florida-Georgia District of the Lutheran Church-Missouri Synod. Knowing he had gone back to Pakistan to do mission work, I interviewed him.

Jay Doss was baptized into the Catholic Church as an infant in Karachi. He became an electrical engineer and moved to the US in 1983. His wife, Julie, also Pakistani, was raised Methodist. Both of them joined the LC-MS in 2011. Both wanted to bring the Gospel to, in particular, Muslims, Hindus and Sikhs in America.

Jay began pastoral training at Concordia Seminary, St. Louis, in 2016 with that in mind. But “God called me to go back to Pakistan to work with the Christian community to prepare students to become Lutheran pastors. I will be back in the USA in 3-5 years to work on Muslims evangelism.” He will be ordained in the LC-MS sometime in 2021.

Vicar Doss harbors no illusions about his work in ardently-Muslim Pakistan. “In general most Christians are treated as 2nd class citizens by Muslims.“ Actually, “not only Christians but other minorities suffer from this prejudice. A lot of minor (sometimes as young as 7 years) Hindu and Christian girls have been abducted, forcibly converted to Islam, and married to adult Muslim men. Sometimes they are killed if they don’t cooperate with the abductor.”

Although “in the Pakistani constitution [religious minorities] have equal rights,” this “is true only on paper.” Why? Because of the Blasphemy Act section added in 1986. (Pakistan is one of 13 countries — all majority Muslim — that executes people for “apostasy.”) Such a law, which criminalizes “insulting Islam,” stokes mob mentality against non-Muslims.

This makes any Christian mission work for anyone dicey at best. Complicating matters further for Americans, Vicar Doss says, is that in Pakistan, as in many Muslim countries, “a white person is always a Christian.” And despite the massive US foreign and military aid to that country since 9/11 (at least $25 billion), “there’s more hate against America than any other ‘white’ country.”

Thus, according to Vicar Doss, “it’s better for denominations to train and raise native missionaries as they know how to be safe and merge with the culture. “I know how to be respectful and safe with a Muslim while I discuss the Quran.”

Navigating the Government and Charges of Blasphemy

But there are other challenges. Registering a church in Pakistan is not easy. The same is true of funding one. “I am using my personal account to do so.” Also, renting a place to hold services requires police verification, and officials always seek bribes. “Bringing in religious books or materials is also a red flag.”

His mission in Pakistan is starting among existing poor Christian communities. It is “a home-based after-school education program. Parents who bring their children will attend adult catechism, and Sundays the building will be used for church services.” They cannot just declare it a regular school. The government would then require them to adopt a government approved curriculum and admit Muslim children. The problem? “As soon as they are involved there will be a danger of someone raising a blasphemy charge.”

Having been raised in Pakistan, Vicar Doss knows the score, full well. “The most important thing to know about Islam is this: Jesus in the Quran is not the same Jesus as in the Bible.” And as soon as you say ‘Muhammad is not God’s prophet,’ you can be killed immediately by a devout Muslim.” So while Vicar Doss will not seek out such danger, “yet I will stand firm even facing a sword and not deny Christ.” Also, Doss points out that “some Western denominations’ missionaries sent to Pakistan have converted to Islam.”

He concluded by asking for prayers — and support. “We pray that we will have enough funds to buy our own building. If we are able to do that, it would be a safer and longer-term prospect for our mission. As long as we rent, we are subject to Muslim landlords, who can order us out at any time.”

Pray for Vicar Jay Doss and his Pakistani Lutheran mission. For more information on the “Voice of Faith” mission, and how you can help, please visit their website.