Part four of our five-part series "Born on Christmas Day" 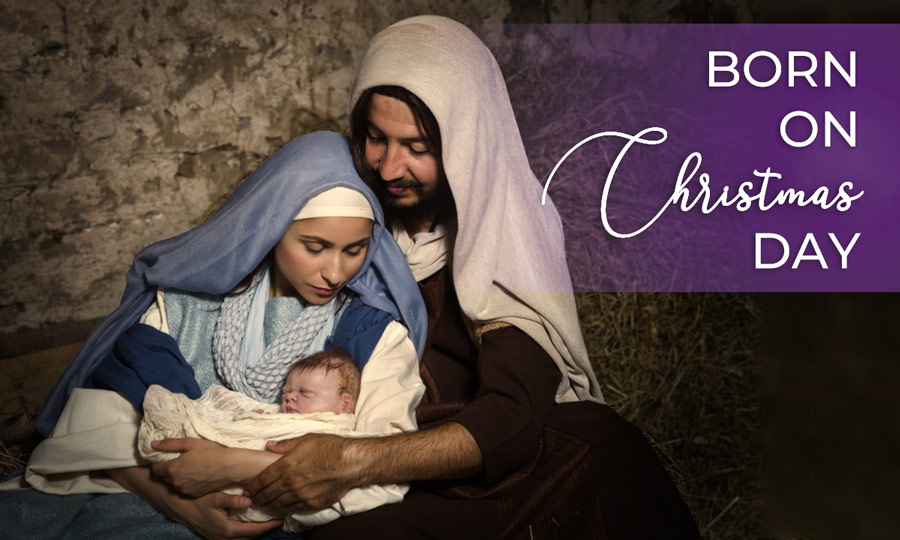 Over the course of our journey to Bethlehem, we have dispatched the familiar notion that Christians stole December 25th from the pagans. We have discovered that decades before the creation of the Sol Invictus festival, Christians were fixing on December 25th for the Nativity. First, based on Hebrew tradition of tying birth dates to death deaths. And second, by connecting the birth of Jesus to the winter solstice.

We’ve also discovered that no records show either the early Church changing its liturgical calendars to adapt to the pagan festivals or debating or condemning the adaption of pagan festivals for Christ’s nativity. We conceded the so-called “Calculations Theory” does not show that Jesus Christ was actually born on December 25th.

However, as we are about to discover, you can make a compelling case that December 25th is Jesus’ real birthday after all. Setting the table for us is Kurt M. Simmons. He writes in the Journal of the Evangelical Theological Society:

Chronological evidence strongly favors December 25th being the actual date of the nativity, such that the assumption that Christmas is unconnected with the date of Christ’s birth is no longer academically defensible or sound. Moreover, since the traditional date of the nativity is fully consistent with various chronological indicators left for us in history and the Gospels, we have every reason to accept it as the true source and origin of the Christmas date.

Today we plunge a fork into the argument December 25th had nothing to do with the birth of Christ. And handing us the fork is Jesus’ cousin John.

John the Baptist: Born in June!

“And now, your relative Elizabeth in her old age has also conceived a son; and this is the sixth month for her who was said to be barren.” (Luke 1:36)

When the angel Gabriel informed Mary she would bear the Christ, he also dropped the news that her relative Elizabeth was (miraculously) six months pregnant. This gives us a path to determining the date of Jesus’ birth. John the Baptist was six months older than his cousin Jesus. Therefore, if we can figure out when John the Baptist was born, we can know when Jesus was born.

Luke tells us that John’s father Zachariah was burning incense in the execution of his priestly office when the angel Gabriel appeared and told him that his wife would conceive. According to Simmons, King David had divided the priestly duties at the temple into 24 “courses” or orders. According to Luke, Zachariah belonged to the course of Abijah.

Simmon’s detailed analysis of the priestly courses indicates the course of Abijah would “putatively been serving its 21st station when Gabriel appeared to Zachariah.” This calculates to September 5–11. As Simmons notes, tradition places John’s conception around the Autumn Equinox. The course calculation, while not definitive, is thus consistent with tradition.

Thomas J. Talley similarly calculated John’s conception with the autumn equinox. That puts his birth at the summer solstice. He makes the argument using an ancient Christian document titled The Solstice. He summarizes his conclusion: “Since Gabriel at the annunciation to Mary announced that Elizabeth was in the sixth month of her pregnancy (Luke 1.36), the conception of Jesus was six months from the Baptist’s conception, that is, at the spring equinox. The birth of Jesus, therefore, was nine months later, at the winter solstice.”

As we saw earlier, the winter solstice under the Julian calendar was December 25.

However, there is even further evidence Jesus was born December 25th. And it comes delivered to us by the Magi, along with their gold, frankincense and myrrh.

The Magi, Herod’s Death and the Birth of Jesus

Matthew tells us the Magi presented their gifts to Jesus at his family’s home. Not at “the inn” where he was born. For this, and other reasons, Simmons concludes that the Magi came to Jesus not in Bethlehem, but after the family had returned to Nazareth.

The Holy Family had returned to Nazareth after presenting Jesus at the temple 40 days after his birth. It’s a three day journey back to Nazareth from Jerusalem. (That gives us 43 days. Hold that number.)

Now, since Joseph and the Magi had been warned to steer clear of Herod, we know that Herod was still alive.

Yet we also know from the Jewish historian Josephus that Herod was on his last legs and would die shortly before Passover. Writes Simmons: “We know the magi arrived after the presentation of the Christ-child at the Temple forty days following Jesus’ birth, but before Herod left Jerusalem and travelled to the mineral springs at Callirrhoe [for treatment].”

In an article on Herod for Novum Testamentum, Andrew Steinman calculated there were 62 days between Herod falling ill and the next Passover. So, adding the 62 days to the 43 days means there are at a maximum 105 days between Jesus’ birth and the Passover following Herod’s death.

That Passover was calculated to be April 8. What comes 105 days before April 8? Yep. December 25th.

Jesus Christ — it can be said — was born December 25th. Born on Christmas Day. Definitively? No. Compellingly? Yes.

Let’s have a Hallelujah!

However, fixing a date for Christ’s birth isn’t the same as celebrating Christmas. That is the final leg in our journey.