Big Government or Competent Government? We Can’t Have Both 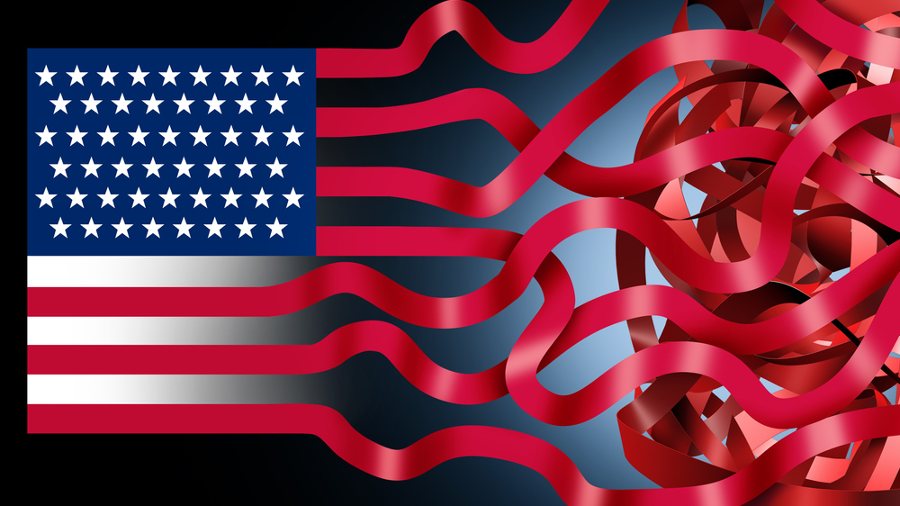 I’m on hold. My iPhone shows that I’ve been on hold with the U.S. Department of State for two hours and 48 minutes so far. I’m anxiously awaiting a passport so that my 11-year-old can travel with the rest of the family for vacation — which is coming up next week.

I hear the message again, for the 19th time: “Thank you for holding. Your call is important to us. All representatives are still busy. We are experiencing higher-than-average call volume. Your expected wait time is over two and a half hours.”

This is not encouraging. Five minutes ago, the wait time was only (?) two hours!

I applied for this passport a full two months in advance, and paid the extra fee for “expedited processing.” I was assured we would have the passport back within eight weeks.

A government that thinks it can be all things to all people is not only dangerous — it’s bound to be incompetent.

Finally, after nearly three and a half hours of hold time, I spoke to a real person at the “National Passport Information Center.” I asked him if I could write down his direct number in case we got disconnected. “No, he said. Just hope we don’t get disconnected.” Again — not encouraging.

Here’s what I found out: no one (not even the experts at the National Passport Information Center) can call the office in New Hampshire where my passport is actually being processed. Don’t ask why it was sent there when we live in Virginia, a two-hour drive from D.C. All this public servant can tell me is what has been entered into the “database.” And there’s not a whole lot to go on.

He can tell me, however, that it won’t help me to go to the D.C. office in person, because they have no appointments available. And even if I could get one, it wouldn’t help, because all the documents are in New Hampshire.

As our flight date approaches, I decided to take the next step. I called my congressman, Representative Ben Cline, for help. I became fast friends with his staffer, Emily, and began receiving daily updates from her. For the first few days, she couldn’t get anyone to talk to her, even using the special phone line for members of Congress.

The breakthrough came two days before the trip. Emily called to tell me that she had finally gotten a real person on the line in the New Hampshire office. The trouble was, our documents were stuck in a pile of mail somewhere in the building. Apparently, the processing center in New Hampshire was two weeks behind in opening mail.

The kind passport worker offered to personally hunt down the documents, complete the passport, and get it out in that day’s last shipment of overnight mail. She was as good as her word, and the story ended happily with our family of eight boarding the plane for a vacation we will remember forever.

Here’s what I learned through my passport ordeal: people you can talk to (even those we call “bureaucrats”) tend to be helpful. Large, impersonal systems do not.

An Overzealous Government — Jack of All Trades and Master of None

Now consider this: today, the federal government has its hand in every imaginable aspect of our lives. Consider just a handful of the federal agencies and departments that our tax dollars are funding:

Did you know that they existed? What are they doing? And whatever it is, don’t you think it could be done better, and more efficiently, by private organizations or state and local governments?

But here is what I think is the more important question. Where does our federal government — established by the U.S. Constitution — get the power to do any of these things? Because remember, in America, if the Constitution doesn’t provide a power, the feds don’t have it. If this lack of constitutional integrity bothers you, learn more about how we can resolve it. I think the best plan around is the Convention of States Project.

But even if you aren’t keen on politics or public policy, you should care about keeping our national government focused on the jobs it has legitimate power to do. Because a government that thinks it can be all things to all people is not only dangerous — it’s bound to be incompetent.

Even if I didn’t care a lick about the Constitution, I’d rather have a government that is competent in the things we actually need it to do and gave it power to do (like issuing passports), than one that does those things poorly because it is busy doing a host of things it has no business doing (like teaching parenting skills).