There was a simple reason economists were able to correctly predict that the Biden administration's juiced unemployment benefits would have negative economic consequences. 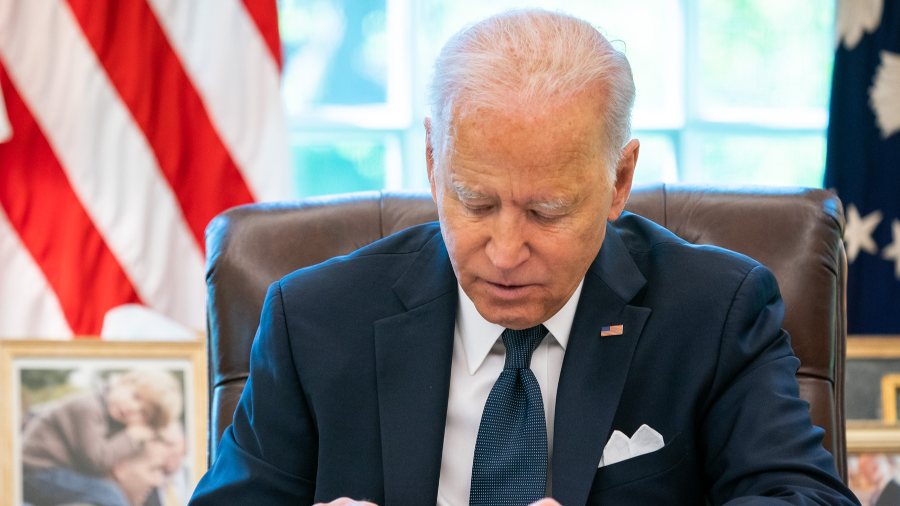 “There’s been a lot of discussion since Friday’s report that people are being paid to stay home rather than go to work,” Biden said. “We don’t see much evidence of that.”

A US employment report released Friday showed the economy added just 266,000 jobs in April, down substantially from the 770,000 jobs added in March and about one quarter of what forecasters had predicted.

“Economists were hoping for a figure roughly 1 million jobs larger,” Axios reported, “making this the biggest miss, relative to expectations, in the history of the payrolls report.”

BREAKING: The U.S. added just 266k jobs in April, way under the nearly 1 million that economists expected as the unemployment rate ticked *up* to 6.1%. https://t.co/BjLqZN5Llk

Paid More to Not Work?

The jobs miss comes two months after Biden signed into law a $1.9 trillion COVID-19 relief package that included a six-month expansion of federal unemployment benefits, which pay unemployed workers an additional $300 per week on top of their state unemployment benefits.

These increased benefits mean in many cases people make less money returning to work, which economists warned prior to passage of the legislation would create a disincentive for workers to return to the labor force.

“Expanding unemployment benefits during a recession has a predictable result: slower employment recovery,” Texas Tech economist Alex Salter told FEE in February. “We should be helping people get back to work — not making it more financially attractive to stay home.”

This is precisely what the Biden administration did, however. The results have been a weak economic recovery and a record labor shortage. For some, like Larry and Roxane Maggio, who ran a deli in New Jersey for a decade, the labor shortage has proven fatal to their business.

“We just can’t find anyone to work,” the Maggios recently told The Philadelphia Inquirer, as they prepared their final catering orders at Ludovico’s.

The Maggios’s experience is not unique. The weak jobs report, The New York Times notes, is an indication the labor shortage business owners have been describing is quite real.

“These numbers are consistent with the story many business leaders are telling, of severe labor shortages — that demand has surged back but employers cannot find enough workers to fulfill it,” writes senior economics correspondent Neil Irwin.

Biden, however, is reluctant to admit that the dismal April jobs report stems from the government’s “generous unemployment benefits.”

“Americans want to work,” Biden told reporters. “As my dad used to say, a job is about a lot more than a paycheck. It’s about your dignity.”

Biden: “There’s been a lot of discussion since Friday report that people are being paid to stay home rather than go to work. We don’t see much evidence of that." pic.twitter.com/c5vN04bNgZ

A Case of Perverse Incentives

Biden’s father was not wrong that employment is about much more than a paycheck. I’ve pointed this out myself.

My first job, a groundskeeper on a golf course, paid me $5 an hour — which doesn’t sound like much. But the job offered me much more than compensation. It taught me how to get up really early and punch a time clock on time, and how to drive a stick-shift and operate light machinery. I received a crash course in landscaping, learned how to take orders, and execute directions. I even managed to improve my slice (just a little) while working there that summer.

It was one of the most rewarding and important jobs of my life, but it would not have happened if someone had said I could make more money by not showing up at 5:30 a.m. each day and working under the hot sun for eight hours. It wasn’t that I was lazy. It’s just that you can’t expect people to go to work for less money than they’d be getting to stay at home. Incentives matter.

Indeed one of the first lessons in economics is that if you tax something, you get less of it. If you subsidize something, you get more of it. This is why economists warn lawmakers must be especially careful about what types of behavior they subsidize.

It’s not complicated stuff. This is why it was obvious to economists from Salter to Lawrence Summers, who served in the Clinton and Obama administrations, that Biden’s juiced unemployment benefits would have negative consequences.

They were right, and those consequences are becoming visible now.

The best thing the Biden administration could do is call a special session and terminate the perverse incentives that are causing people to choose unemployment over work. This is unlikely to happen, however, because it violates the first rule in politics: never admit a mistake.

Fortunately, thanks to federalism, some states are taking matters into their own hands. South Carolina, Arkansas, and Montana, recently fully opted out of the federal unemployment benefit program.

“Continuing these programs until the planned expiration date of September 4, 2021, is not necessary and actually interferes with the ability of employers to fill over 40,000 job vacancies in Arkansas,” Gov. Asa Hutchinson wrote in a letter.

Turning away federal money is not an easy thing to do, but it is the proper course.

Joe Biden’s father was right. Work isn’t just about a paycheck; it offers dignity and more, which is precisely why we should reject policies that discourage it.