Who knew virtue-signaling could be so expensive? 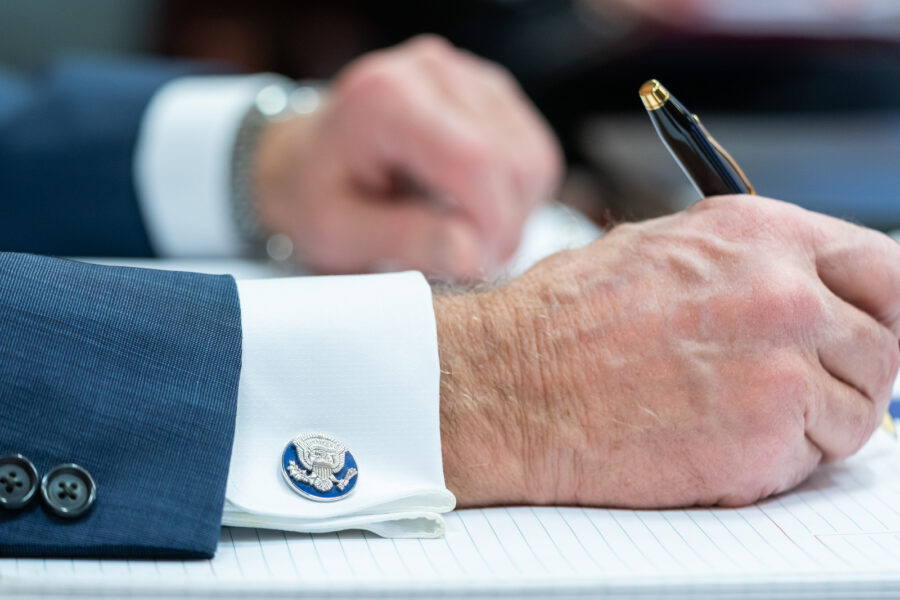 Under the Biden administration’s leadership, the Securities and Exchange Commission (SEC) has proposed new “woke” corporate disclosure rules. A new form of social-justice-based financial regulation, the federal agency’s rules would mandate that companies track, report, and disclose a wide array of data on issues such as climate change emissions and diversity.

This might poll well or look nice at first glance. But like any complex federal regulation, the woke reporting rules will have many unintended consequences — namely, they’ll cost businesses billions.

It’s unclear what, if anything, the SEC’s woke disclosure mandates would accomplish — beyond merely virtue signaling, of course.

“Business groups are trying to calculate just how much money public companies might have to shell out to comply with the Securities and Exchange Commission’s planned new ‘woke’ corporate disclosure rules, and initial estimates aren’t pretty,” Fox Business reports. “While no exact estimate can be determined, the SEC’s new disclosure mandates involving everything from the environment to board diversity are likely to cost US public companies well into the billions of dollars.”

The goal of the SEC regulation is to promote environmentalism and racial equality, with regulators likely having good intentions. But they are either unable or unwilling to foresee the adverse consequences that could accompany this virtue-signaling effort.

Who Bears the Cost?

Heritage Foundation senior fellow David R. Burton, a specialist in tax and financial regulation, laid out the many ways these rules will likely backfire in a letter to the SEC.

He agreed that “requiring all public companies to develop climate modeling expertise, the ability to make macroeconomic projections based on these models and then make firm-specific economic assessments based on these climate and economic models will be expensive,” likely costing billions.

“These expenses would harm investors by reducing shareholder returns,” Burton explained. This means it’s not just Big Business, but the millions of Americans who invest in the stock market or rely on it for their retirement, who could bear the costs.

The Big Show Only Benefits the Consultants and the Lawyers

Burton further warns that these woke disclosure rules would result in “the creation of a new compliance eco-system and pro-complexity lobby composed of the economists, accountants, attorneys and compliance officers that live off of [regulatory compliance].” Simply put, they would even further entrap firms into wasting money on red tape compliance costs.

The Heritage expert also added that the rules would fuel a huge rise in costly litigation.

Meanwhile, it’s unclear what, if anything, the SEC’s woke disclosure mandates would accomplish — beyond merely virtue signaling, of course.

“This whole ESG thing is just one giant waste of time and money,” said Chris Whalen, chief of Whalen Global Advisors. “It’s just a big show that only benefits the consultants and the lawyers who are making money off of this.”