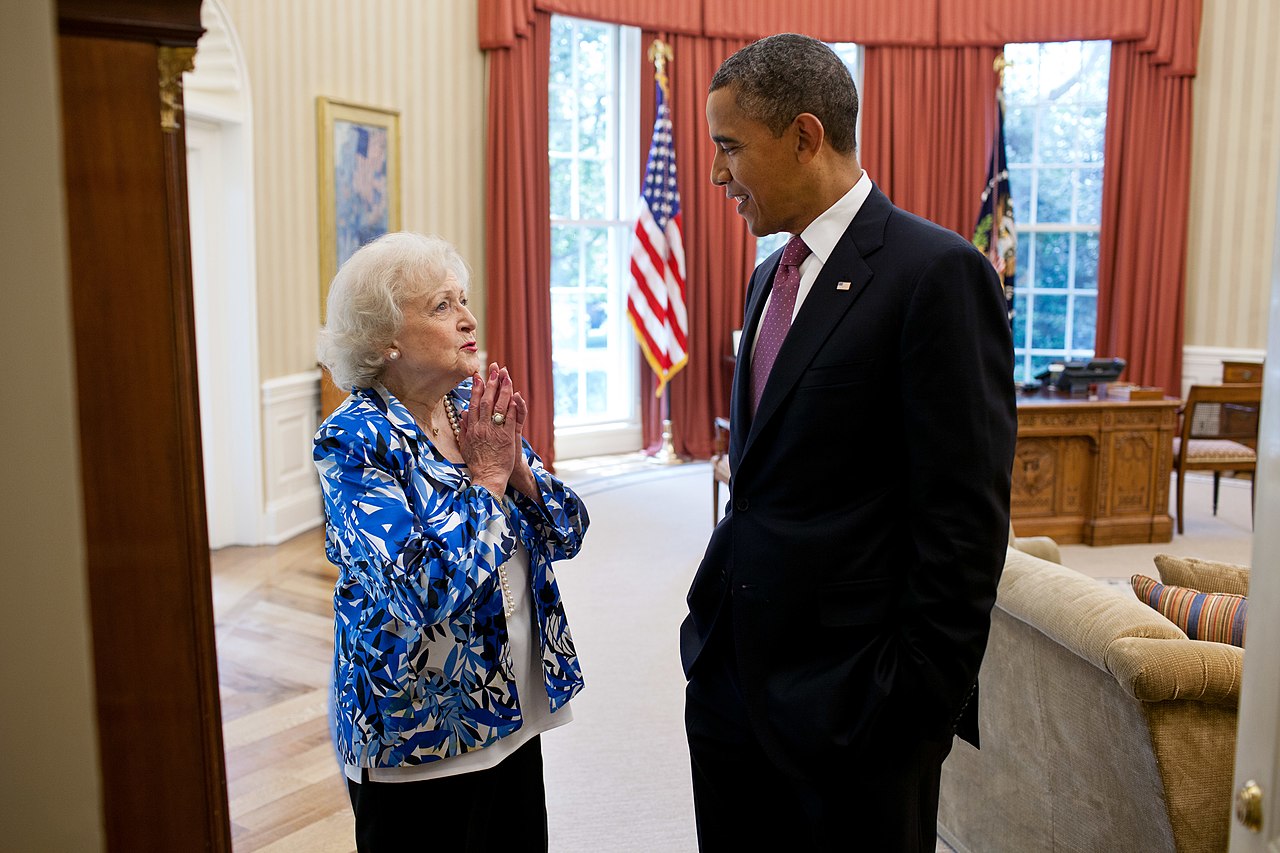 The Mainstream Media are reporting that Betty White, age 99, died of natural causes. The Deep State has not disputed this. Dr. Fauci no doubt repeats it, on one of the social media platforms where he reigns like a tsar, and I am forbidden to post. Doubtless Pope Francis’ Vatican and the Chinese Communist Party are echoing the Official Story. But do we believe it?

The beloved actress had lived all those decades, survived the flu epidemics of the 60s and 70s, eluded cancer and heart disease, and almost reached age 100 when … just between the conviction of Ghislaine Maxwell and her sentencing, suddenly … whoosh! She’s gathered up to God. It seems a tad convenient, doesn’t it?

Okay, I’m kidding. Kind of. I mean no disrespect to the late actress, whose work I always admired. I believe that Betty White died of natural causes. Even if CNN is reporting it.

But I jest in the service of an all too serious point. You read this story’s headline, and I’m guessing that you chuckled. Why? Because you remembered the “suicide” of sex abuser and likely high-level pimp Jeffrey Epstein, and the memes that proliferated after his highly suspicious death in federal custody. “Jeffrey Epstein didn’t kill himself” was the phrase we all repeated six months ago, flying it in banners over minor league baseball games, writing it in icing on our small children’s birthday cakes. It brought us together, didn’t it?

The Gaslighting Is Strong With This One

Just the way “Let’s Go, Brandon!” did for a while. I’m not sure that festive phrase will survive Joe Biden himself repeating it and endorsing it on national television. In their zeal to avoid admitting that the most powerful man in the world has no idea what he’s saying or what it means, expect NBC and The New York Times to report that “Let’s Go, Brandon” in fact means something else entirely. It’s a Vedic serenity chant, an Esperanto mnemonic, or a recipe for borscht. Like your own “gender,” it can mean anything you wish it to mean on any given day.

Except for one. It can’t be a profane NASCAR-crowd chant denouncing Biden, which a bubble-headed reporter tried to gaslight us about, an effort so transparent and desperate that it served as a glitch in the Matrix. It highlighted the thousands of times a day our state media falsify reality, from the Kyle Rittenhouse shootings to the 2020 election and the January 6 protest.

That’s the only thing it’s not allowed to mean.

Everybody Knows the Fight Was Fixed

In the latest hallucinatory twist, NASCAR is criticizing driver Brandon Brown for trying to make some money off the controversy that began with his own race, and uses his name. Brown tried to dodge the politics surrounding the chant, but found that he was losing crucial sponsorships from corporations that viewed him as anti-Biden … if only by association. [UPDATE: NASCAR has now rejected Brown’s application to use his own name.]

At last Brown wisely decided to embrace the chaos. He authorized a Bitcoin brand to use his likeness and “Let’s Go, Brandon!” NASCAR even approved it. Woke backlash doubtless struck NASCAR, which now says it’s “reviewing” whether Brandon Brown is allowed to do promotions using his own name. Surreal? Not here in Clown World. As Leonard Cohen once sang:

You remember how Bill Clinton and other luminaries were frequent fliers on Epstein’s private flights to his sex crime island. Maybe you saw the lovely shot of Ghislaine Maxwell at Chelsea Clinton’s wedding. You wondered if Maxwell’s trial would lead to the exposure of other clients whom she supplied with trafficked young girls. But of course, you knew that it wouldn’t. You know that the fix is in. You’ve learned to accept such things.

You hoped that at least some of the rioters who got flown around the U.S. and put up at nice hotels as they burned down American cities to commemorate George Floyd might go to prison. But you knew that they wouldn’t. They’d go right back to their mom’s basements in gated neighborhoods, or their jobs with Google and Twitter.

If you read honest reports — which were thin on the ground, apart from American Greatness and Revolver News — about what happened on January 6, you’d have expected the mass of peaceful protestors to walk away with modest fines. And you’d have been wrong. More than a hundred of them are still in solitary confinement in GITMO on the Potomac. You might have expected Donald Trump, who invited them to protest, to pay for their defense — perhaps with some of the millions he collected to “Stop the Steal.” You’d have been disappointed at that, too.

When New York Governor Andrew Cuomo was driven from office for groping female employees, you might have hoped that his felonies would get punished too. Namely, dumping hundreds of COVID patients in New York nursing homes, while leaving empty beds on Navy ships and at Samaritan’s Purse. That decision killed many thousands of Korean War veterans and grandmas. But you’d be disappointed. The Manhattan DA just announced that Cuomo will face no criminal charges for that act of mass negligent homicide. But if you fake a vaccine passport in New York State to preserve your medical privacy? You will get a hard year in state prison.

No Logic Without the Logos

As our borders gape wide open, Joe Biden bloviates that he will keep the Russians out of Ukraine. As murder rates spike in cities across the country, the Justice Department mobilizes to keep school board meetings safe from anti-Communist parents. We really can’t keep track of the latest lies from the CDC or the NIH about the virus that was the pretext for most of this roiling chaos. If we check the World Health Organization website for updates, we’ll learn that the human immune system no longer exists; all “immunity” comes from vaccines.

From all this escalating madness we can draw one central lesson. Logic cannot survive long without the Logos. Civics will not endure the neglect of the City of God. We cannot count on natural goods like honesty, fairness, thrift, industriousness or patriotism in a world that scoffs at God.

Tell people for a hundred years that they’re just the accidental by-product of 1) chromosomes mutating and 2) ruthless, vicious competition for survival … and eventually they’ll believe you. Not in some consistent way, which would entail them embracing a grim Darwinian pessimism and naturalistic humility. No, they’ll still hold on to just enough of the Christian view of man to tell themselves that they’re unique and precious snowflakes, with numberless “rights.”

But they will stop thinking there’s anything special about their neighbors. They will cease to practice integrity, honesty, or self-restraint. The public square will fill up with rats and piles of human waste. We will print money to our heart’s content, and bill it all to our grandkids — if we have any.

That’s the blue-state, vaccinated, Darwinist pro-choice platform that has won over half the country. Not with facts or arguments, but by shaming, gaslighting, bullying, and the cynical misuse of power.

Don’t ever fool yourself about what we’re facing, or pretend that there’s the slightest possible compromise with it. Our nation doesn’t need a political shake-up so much as an exorcism. There’s no more room for Golden Girls in the land of the Golden Calf.