Be Honest, Secularists, You Know He Might Have Risen

Dead people stay dead. But what if one didn't? 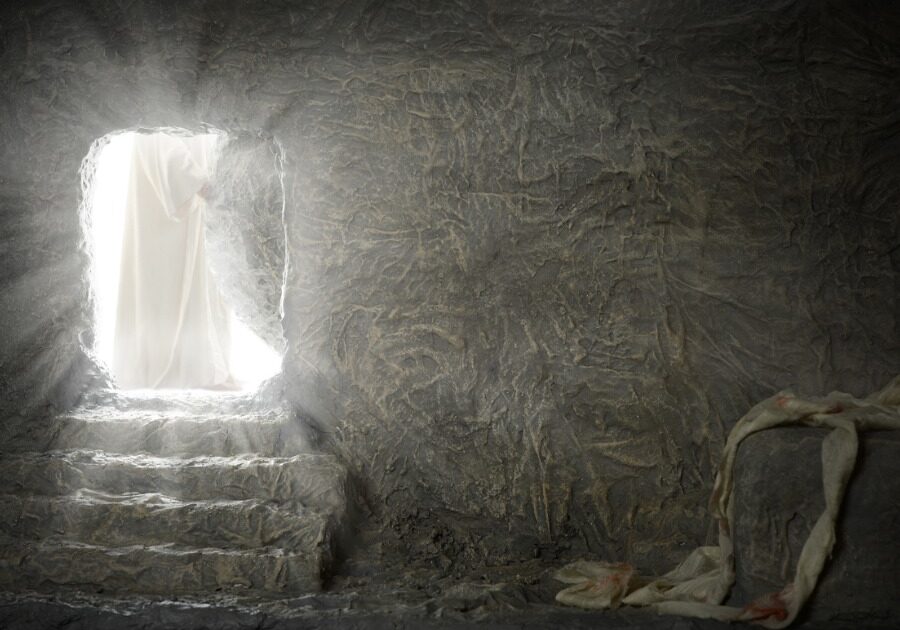 Dead people stay dead. Everyone knows that. Growing up among secular people, I don’t think I ever heard anyone admit Jesus might have risen from the grave. No one said, “You know, that was a long time ago. There seems to be some evidence for it. It’s not impossible. So who knows?” No one was agnostic about Jesus rising from the dead. My secularist friends knew He didn’t.

These people also believed themselves to be true skeptics. Few called themselves atheists. Most called themselves agnostics. They accepted nothing on faith, tested everything, kept their minds open. They cared only for the truth. Christian belief they thought just blind faith. Dogmatic. Irrational. Kind of sad, really. They, not blinded by dogma like the poor Christians, held themselves open to every possibility.

Except, of course, the possibility that an executed man in first-century Palestine, who’d been as dead as dead could be, came to life again. They were as dogmatically certain it didn’t happen as any Christian was that it did. Which meant: a) They weren’t true skeptics; and b) they didn’t care only for the truth; because c) they believed a dogma of their own.

But secular as I was, I thought that if there is a God, a point on which I was somewhat agnostic, he might do something just like that. And I could see at least one reason for it. I thought at the time that the Resurrection would be a great advertisement. God would make sure the people He loved would get the point.

What better way to make people see who this man Jesus is than by bringing Him back to life? How to show people that this man was not just a friend or a teacher who for some reason could perform amazing miracles, but something much, much more? I’d read the gospel stories and been struck by how dim the apostles were. After all that time with Jesus, even they hadn’t really seen who He is.

That’s what I thought then. God (if he existed) might well bring a dead man to life. God created the whole universe. He set the rules. He could break them. We could see some reasons he might do it, and being God he might have all sorts of reasons we couldn’t see. No one could feel too sure Jesus stayed dead. I felt skeptical, but I found myself more genuinely skeptical than my secular skeptical peers.

Throwing up your hands and saying “Hey, who knows?” made sense to me back then. Because really, who knows? But, if you were agnostic about the existence of God, you couldn’t say flatly that it didn’t happen. The God you think might exist might do it. And anyway, how would any of us know it didn’t happen that one time way back then? At most you could say that it probably didn’t happen.

My secular friends held the answer to be a clear “No!” when it wasn’t a clear no. Disappointingly, they weren’t real skeptics after all. Skepticism is an attitude, a method, of way of looking at the world. You don’t believe something without examining it. Just as importantly, you don’t reject something without examining it. You investigate, you weigh the reasons for and against. Being skeptical, you assume you don’t and can’t see everything, that the truth hides itself.

You know that you have your blind spots and prejudices. Sometimes you see things that aren’t there. Sometimes you miss what’s right in front of you. So you test your ideas against other people’s, especially people who disagree with you strongly. And you assume that even those people might know something you don’t.

And sometimes you come to a conclusion. The point of skepticism isn’t to keep knocking down bad ideas, but to find the good idea. You may not like the conclusion you come to, but if the evidence show’s you it’s true, you believe it. That’s the way skepticism works.

But as I say, my skeptical secular friends weren’t really skeptical. They believed what they believed as dogmatically as the Christians they made fun of. I began to see that my unbelieving friends didn’t reject the Resurrection on the evidence so much as they refused to believe in Christianity. Christianity must be wrong, therefore Jesus didn’t rise from the dead. They rejected the package, therefore they rejected the parts.

Had they been the true skeptics they believed themselves, and examined the evidence without prejudice, they might have met the resurrected Jesus.