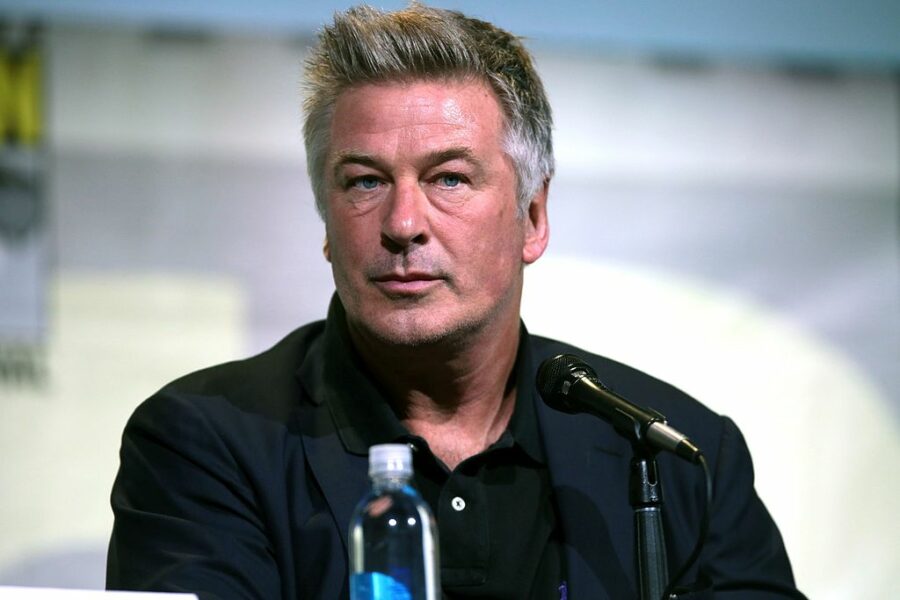 The shooting death of cinematographer Halyna Hutchins on the set of the movie Rust is looking increasingly like a case of shocking negligence rather than tragic accident. Hutchins was killed and director Joel Souza was injured Thursday afternoon when actor Alec Baldwin fired a live round while rehearsing a scene for the film.

Report: Gun Used By Baldwin Had Been Used for Target Practice

TMZ reports that the gun Baldwin fired had been used by several crew members off-set “for what we’re told amounted to target practice.” These crew members were firing real bullets out of a gun that was being used in the production. Stupid. Stupid. Stupid. The sources believe this could explain how a live round remained in the gun.

Further, according to one source, when police arrived at the scene they found live ammo and blanks stored in the same area. That, too, could explain how live ammo ended up in the weapon.

The gun and two others had been set up by Rust‘s armorer Hannah Gutierrez. A Rust source told The Daily Beast that the 24-year-old Gutierrez was “inexperienced and green.” Gutierrez herself admitted in a podcast she had almost turned down her previous job because she didn’t feel she was “ready.” That was on the Nicholas Cage film The Old Way. And her inexperience showed.

“There were a couple times she was loading the blanks and doing it in a fashion that we thought was unsafe,” a source claimed. At one point during filming The Old Way, Gutierrez gave an 11-year-old actor a weapon that had not been properly checked.

And this was who was hired to be the armorer for the gun-slinging Western Rust.

According to court documents, Assistant Director David Halls took the gun from the three laid out by Gutierrez. He handed Baldwin the weapon, telling him it was a “cold gun.” Thus safe. It was not. Halls did not know there were live rounds in the gun.

Adding to the carelessness, there had already been a similar incident on the set. A week prior, according to the Los Angeles Times, Baldwin’s stunt double accidentally fired two live rounds from a prop gun after being told it was “cold.” Thankfully, no one was hurt. But clearly no lesson was learned. The Times reported that a crew member did complain to a production manager about gun safety on the set.

This isn’t the first time Halls has been in the bullseye. CNN reports Halls was the target of numerous complaints while filming Hulu’s In the Dark anthology in 2019.

Maggie Goll, an IATSE Local 44 prop maker and licensed pyrotechnician, told CNN Halls neglected to hold safety meetings and consistently failed to announce the presence of a firearm on set to the crew, as is protocol. A crew member on that production corroborated Goll’s accounts

saying that when Halls did hold safety meetings, they were short and he was dismissive, saying the guns used would be the same as the production always uses, and questioning why they’d have to hold the meetings in the first place.

The crew member also said Halls complained about having a gun “cleared” (inspected by a licensed professional on set, such as an armorer) for a scene where an actress would aim the gun to her own head and pull the trigger.

Halyna Hutchins’ father is not blaming Alec Baldwin for the death of his daughter. Anatoly Adrosovych told the Sun, “We still can’t believe Halyna is dead and her mother is going out of her mind with grief. But I don’t hold Alec Baldwin responsible — it is the responsibility of the props people who handle the guns.”

Hollywood firearms consultant Bryan Carpenter disagrees. He believes Baldwin bears some of the burden, telling the New York Post the actor violated rule number one: “Loaded or unloaded, a weapon never gets pointed at another human being.”

I’d also have some questions for Baldwin’s production company. Directly after the shooting, the production spokesperson said the shooting was a “misfire of a prop gun loaded with blanks.” We now know this statement was patently false.

As for Baldwin himself, the actor is described as “inconsolable” and “absolutely devastated.” People magazine also reports he is cancelling other projects.

A candlelight vigil was held for Hutchins Saturday night in Albuquerque, where the Rust cast and crew had been headquartered.

A second vigil is being held this evening in Burbank, California.

Lane Looper, a member of the camera crew, was among those who spoke Saturday night.

“Her photography was beautiful, and every day, everybody on the camera team was proud to be there for her, because we were proud of what we were creating — what she was creating.”