But what did he expect? 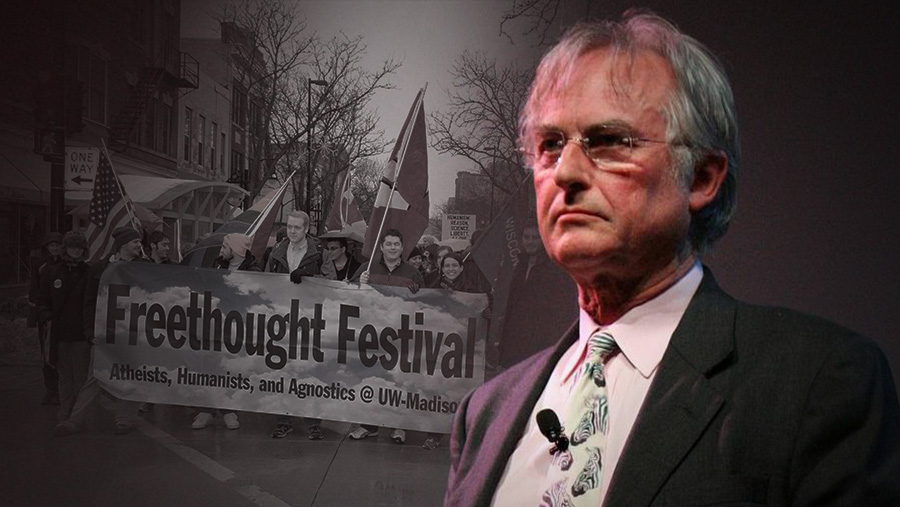 “What a grift that was!” says atheist philosopher Phil Torres, angry at the once famous “New Atheists.” People like Richard Dawkins, Sam Harris, and Steven Pinker had given him “immense hope” and now they’ve upset him. He writes like a boy hurt to find his heroes aren’t heroic.

Their movement “appeared to offer moral clarity, it emphasized intellectual honesty and it embraced scientific truths about the nature and workings of reality,” he says. “In a world overflowing with irrationality,” they stood “for sanity in the face of stupidity.” Now, they don’t. And they behave badly, too.

Salon’s editors titled the story “Godless grifters: How the New Atheists merged with the far right.”  Torres is angry about more than their politics. He’s also angry about their character. Many “turned out to be nothing more than self-aggrandizing, dogmatic, irascible, censorious, morally compromised people who, at every opportunity, have propped up the powerful over the powerless, the privileged over the marginalized.”

Yes, they have. But Torres doesn’t really have reason to complain.

He names eight men, in a list he says is “hardly an exhaustive list.” Two he criticizes for their political views.

He gives Harris as his first example. Harris, whom he thinks originated New Atheism, politically disappointed him. A lot. Harris defends “scientific racism,” believing “black people are less intelligent than white people,” because they evolved that way. He promotes “the moral panic over ‘social justice warriors’ (SJWs), “political correctness” and ‘wokism,’ which he apparently believes pose a dire threat to ‘Western civilization’ (a word that has a lot of meaning for white nationalists).” He says nice things about Ben Shapiro. Another political disappointment for him is the more obscure figure David Silverman.

Torres criticizes just one only for the way he acts, not for what he thinks. Lawrence Krauss doesn’t say rightwing things like others. But he has been accused of groping women and was friend of pedophile, Jeffrey Epstein. Epstein had generously funded Krauss’s work.

Torres criticizes most of his targets for their politics and the way they act. Michael Shermer, the founder of Skeptic magazine, for one. He talks like Harris and has “a protracted history of sexual harassment and assault allegations.” Torres includes Harvard professor Steven Pinker, who was not a New Atheist but has been a guru for the “skeptic” movement. He criticizes Pinker for talking a lot like Harris, and like Krauss being Epstein’s friend and supporter. After Epstein was convicted.

Torres criticizes Dawkins for having views like Harris’s and putting them more crudely, and for his targeting vulnerable individuals for attack. Dawkins, he suggests, is a bully. And possibly a blowhard. He criticizes James Lindsay and Peter Boghossian for roughly the same things.

Interestingly, he seems to object to Dawkins’ belief that a mother should abort a baby with Down Syndrome. He calls that belief “troubling.” It’s something for a leftist atheist to question any version of abortion “rights.” Props to him.

He gives the reason for this unexpected combination as “the felt loss of power among white men due to the empowerment of other people.” Both religious right and secular left reacted against their loss of status in the world, and in doing so found each other. “What ties these people together,” he explains, “is an aggrieved sense of perpetual victimhood.” I think there’s something to that, but that would be another article.

Atheism has no intrinsic connection with the leftist morality and politics Torres favors. Historically, atheists have settled on the hard right as well as the left. The combination of hard atheism with inhuman politics was well expressed by the cretinous Ayn Rand. (We don’t know what she may have suffered to make her who she was, but who she was was consistent with what she believed.)

In a passing remark, he implies that he sees the problems with Rand’s thinking. He doesn’t see that, as an atheist, he has no good grounds for objecting to her application of atheism. Or Harris’s, or Dawkins’, or Shermer’s. They’re all just as authoritative an interpreter of their shared religious tradition as he is.

“Cry havoc, and let slip the dogs of war,” says Marc Antony in Shakespeare’s Julius Caesar. People like Torres must understand that when they say there is no God, they let slip the forces of reaction as well as progress.

David Mills is a senior editor of The Stream. After teaching writing in a seminary, he has been editor of Touchstone and the executive editor of First Things. His previous article was Keep Giving Thanks, You Ungrateful Wretch.